Accessibility links
Amid Historic Oil Bust, Texas Debates The Once Unthinkable: Keep It In The Ground : Coronavirus Live Updates Texas regulators have not capped production since 1973, but some smaller producers want such a move to try and stave off bankruptcy. Oil demand and prices have crashed during the COVID-19 pandemic.

Amid Historic Oil Bust, Texas Debates The Once Unthinkable: Keep It In The Ground

Amid Historic Oil Bust, Texas Debates The Once Unthinkable: Keep It In The Ground 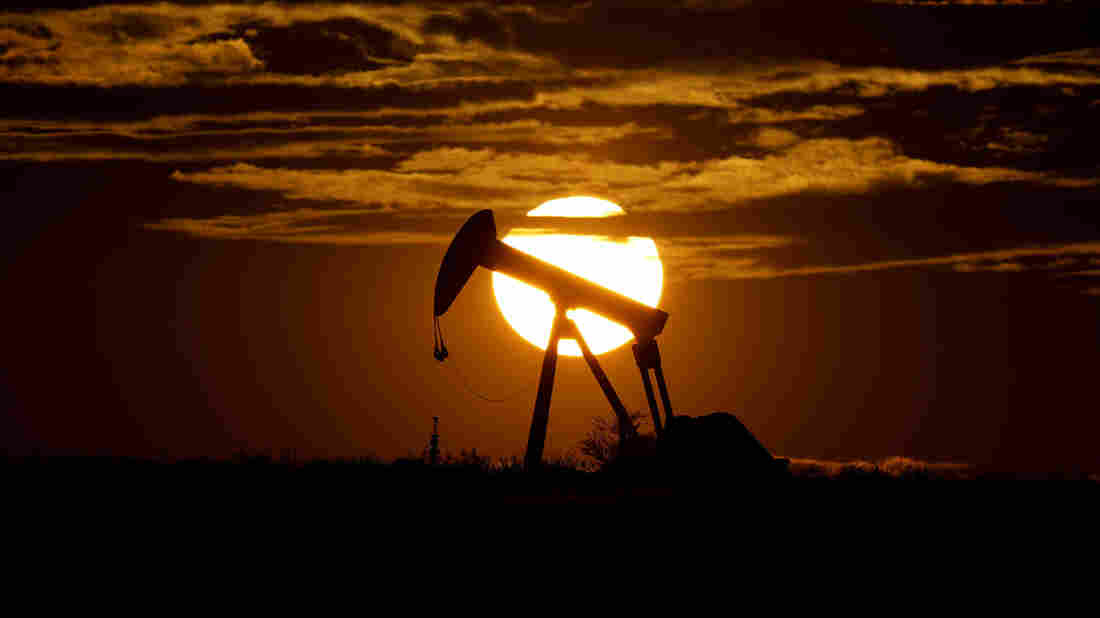 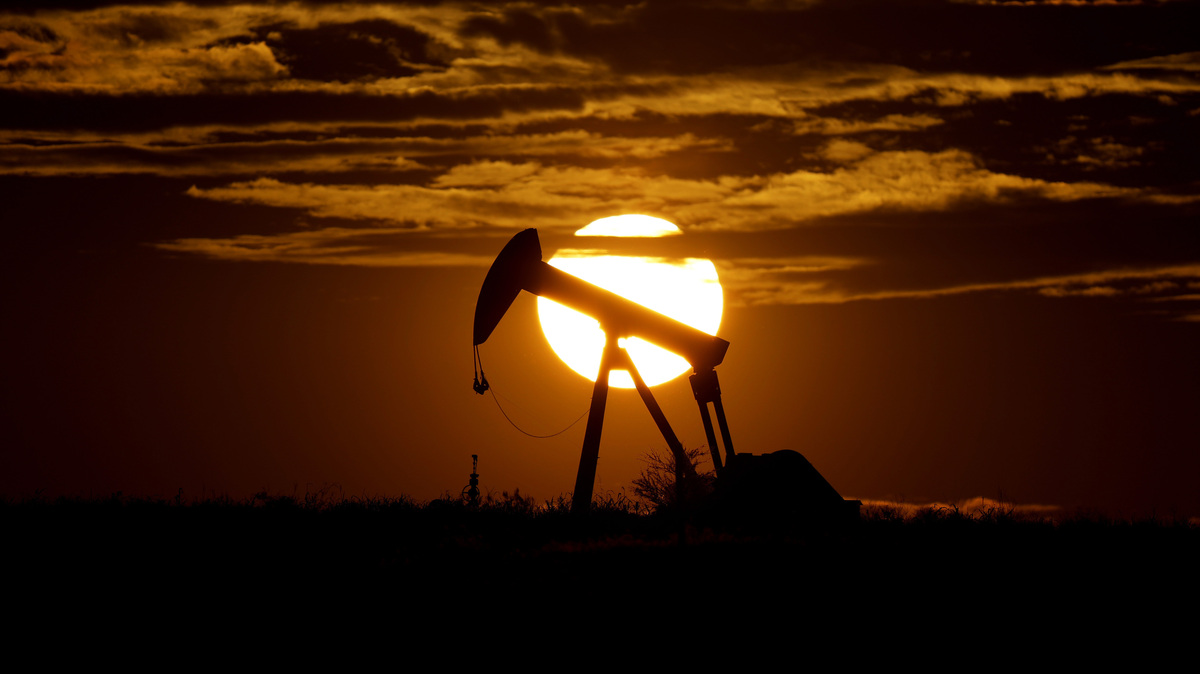 The sun sets behind an idle pump jack near Karnes City, Texas, Wednesday, April 8, 2020. Demand for oil has fallen sharply since the coronavirus outbreak.

Thanks in large part to cratering oil demand brought on by the COVID-19 pandemic and global shutdowns, state regulators in Texas are considering doing something they haven't done in nearly 50 years: limiting the amount of oil they allow companies to pump from the ground.

It's a measure of the pain the industry expects from the historic slump, which has already led to layoffs and a massive glut of oil. The crash was made worse by a Saudi-Russian price war that helped pushed gasoline to under $2 a gallon.

The state agency that regulates oil and gas — called the Railroad Commission of Texas because of its origins — held a day-long virtual hearing Tuesday.

Commissioners heard some unusually candid assessments on the state of the industry, from companies on both sides of the proposed plan. The debate was often framed in terms of free market principals, with different voices offering wildly different perspectives.

"Texans fundamentally believe that the government should not be in the business of picking winners and losers," said Todd Staples, head of the Texas Oil and Gas Association a group that opposes production limits.

Larger companies with assets to survive the downturn, and the ability to store massive reserves of oil, are generally opposed to mandated production limits. But smaller, independent Texas producers are more vulnerable to low prices and likely to support the plan, seeing it as a way of sharing the pain of the industry downturn.

Scott Sheffield, CEO of Pioneer Natural Resources, echoed others when he said that the notion of an oil and gas free market has long been a myth.

"After 35 years as a CEO I've never seen a free market," said Sheffield. "Many of the companies speaking after me are asking for government debt bailouts, tariffs, carbon tax credits. Is that a free market? Those companies could care less about the small or medium producers"

The debate comes days after OPEC+ countries reached their own historic agreement to cut output by 9.7 million barrels per day for the next two months.