Accessibility links
New York City's COVID-19 Death Toll Soars Past 10,000 : Coronavirus Live Updates City officials have recalculated the number of deaths caused by the coronavirus to include some 4,000 people who died at home probably from the illness but who were not tested. 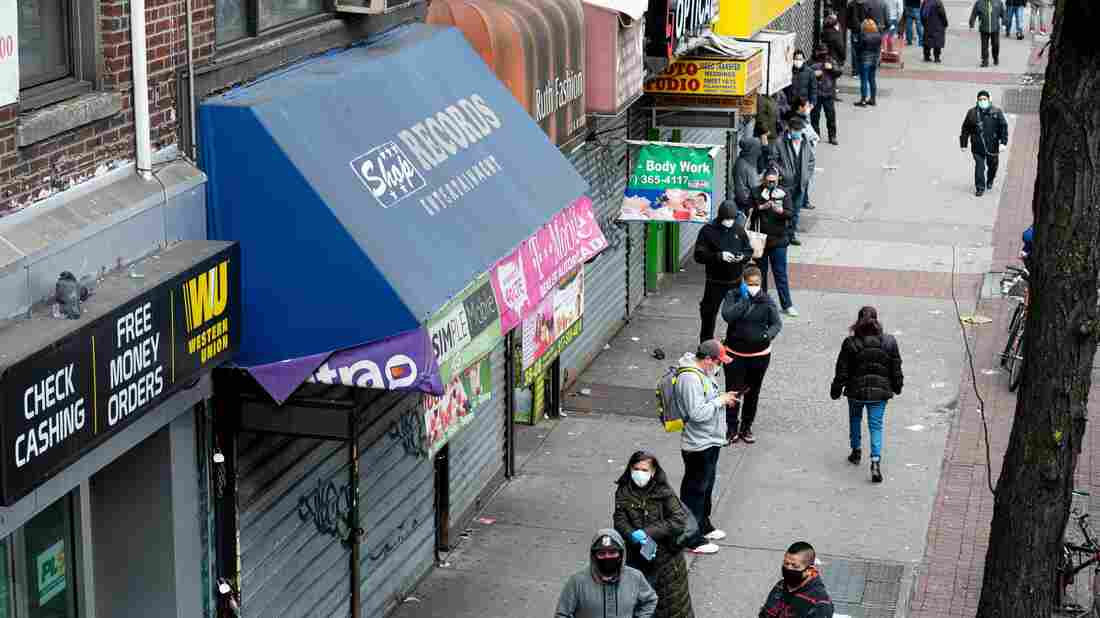 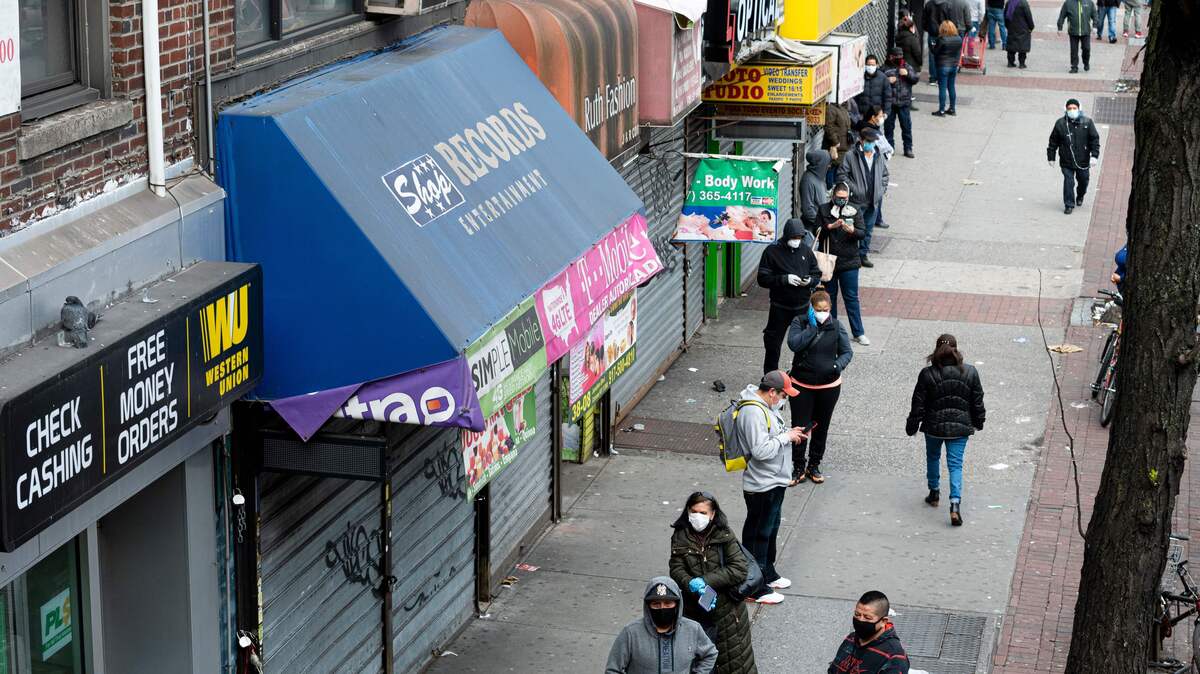 In the Queens borough of New York City on Tuesday, people wearing face masks wait in line to enter a store that offers check-cashing services.

New York City has drastically increased its estimate of the number of people killed by COVID-19 to include probable victims who were not tested. The new number is 10,367.

For weeks, firefighters and paramedics have been recording a massive spike in deaths at home around New York City. The deceased were presumed to be victims of the coronavirus but were never tested. Now city officials have recalculated the toll that the virus has taken and reached a staggering number — adding nearly 4,000 to the total.

"Behind every death is a friend, a family member, a loved one. We are focused on ensuring that every New Yorker who died because of COVID-19 gets counted," said the city's health commissioner, Dr. Oxiris Barbot. "As a city, it is part of the healing process to be able to grieve and mourn for all those that have passed because of COVID-19. While these data reflect the tragic impact that the virus has had on our city, they will also help us to determine the scale and scope of the epidemic and guide us in our decisions."

The increase shows that New York's outbreak is among the worst in the world, and it is sure to renew questions about whether the city should have shut its businesses and public schools sooner.

New York Gov. Andrew Cuomo has recently formed a working group with six other states that is focused on an eventual reopening of the economy. But all have agreed that the health care crisis must be under control first, which is likely to take months.