Accessibility links
Hunker Down Diaries: Centenarians Describe Life During 1918 Pandemic And Now : Coronavirus Live Updates Joe Newman was 5 when the 1918 flu pandemic broke out. Now 107, he and his 100-year-old fiancée are living in lockdown together in Florida and have a decidedly long view on the current crisis. 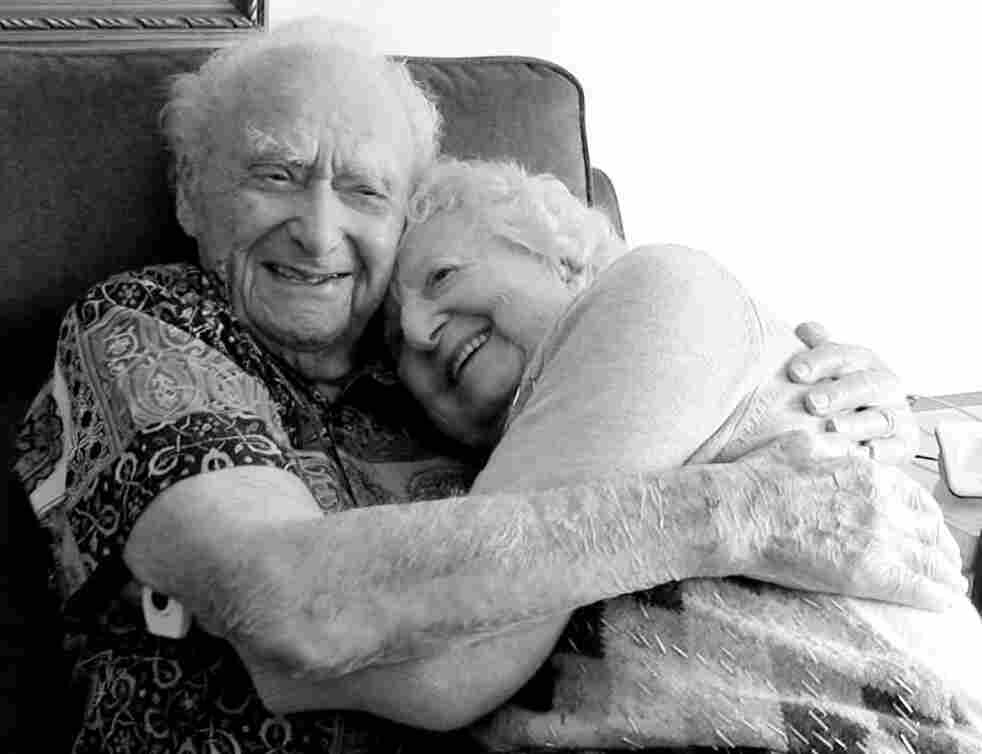 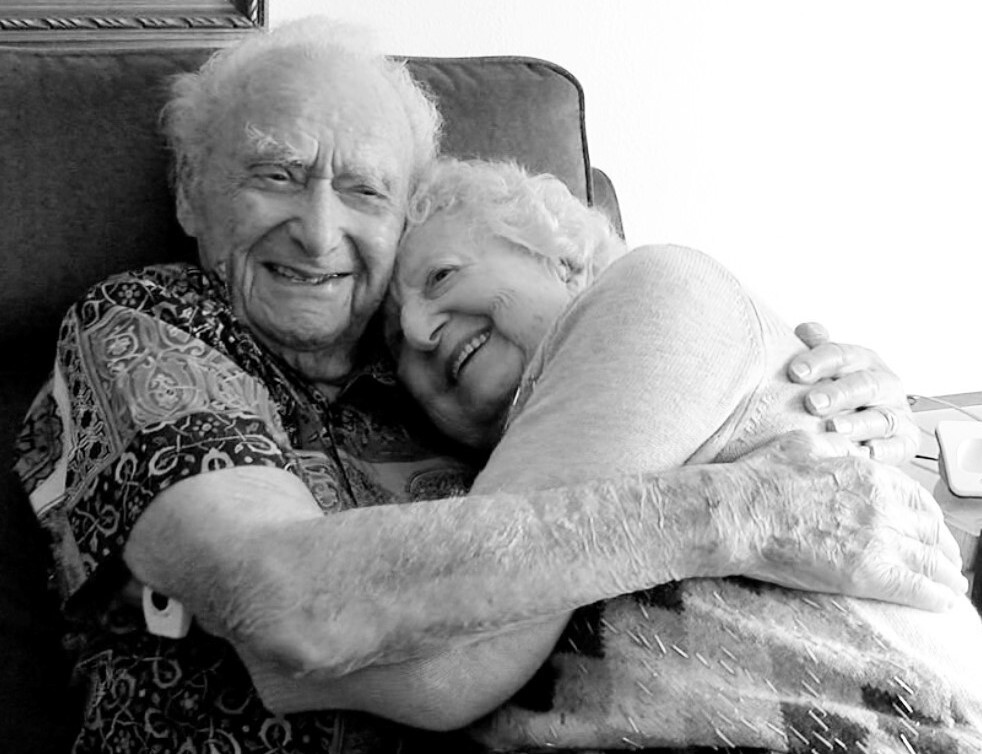 Joe Newman, 107, hugs his fiancée, Anita Sampson, who recently celebrated her 100th birthday with a party over Zoom.

When the 1918 flu pandemic broke out, Joe Newman was 5 years old.

Today, he's 107. He lives in a community for seniors in Sarasota, Fla., with his fiancée, Anita Sampson. They met 16 years ago.

On March 28, Anita turned 100. They had planned a big party, with cake and karaoke.

But because of the coronavirus, their community is on lockdown. They had a Zoom birthday party instead.

Joe has memories of the flu pandemic in 1918. He remembers when the neighbors' young son died and officials attached signs to the door of their house.

"The family with the disease was quarantined," Joe recalls.

Growing up, Anita's mother told her stories about the 1918 flu.

"She would go out into the streets and help people that were just dropping, just lying there on the streets," Anita says. "But she never got it."

To Joe, the current coronavirus outbreak is just another "event" in his long life.

"Over 107 years I've faced other problems. Living is a problem. You do what you need to do to handle the problem that's in front of you at this moment," he says. "And this moment it's a virus that unfortunately we don't understand too much about."

Joe says he's philosophical about the fact that the elderly are more likely to become seriously ill from the virus than young people.

"It's hard to say this, but you have days where you'd almost welcome death because you've been here long enough," he says. "So be it."

A few weeks before the lockdown in their apartment complex, Anita started feeling sick. She was worried it might be COVID-19. Luckily, it was just a mild cold.

But the experience scared her and made her realize how much she wanted to make it to her 100th birthday.

"All of a sudden I didn't want to die," she says. And the reason?

Though their combined age may be 207, Joe says, "the years we can look forward to, whatever they be, whether they be many or few, and even if they're just days, to look forward to them. And then hope for another one."

"Isn't that beautiful?" Anita says to Joe. "I think we've been reminiscing long enough. I think it's time for our nap."

This story was produced by Joe Richman and Nellie Gilles of Radio Diaries. It was edited by Deborah George, Ben Shapiro and Sarah Kate Kramer. To hear more stories from the Hunker Down Diaries series, subscribe to the Radio Diaries Podcast.