Accessibility links
Missouri Gov. Mike Parson To Reopen State Through 'A Phased Approach' : Coronavirus Live Updates The Republican governor says how and when he will decide to reopen the state will depend on data in the coming weeks, including an expected surge in testing. 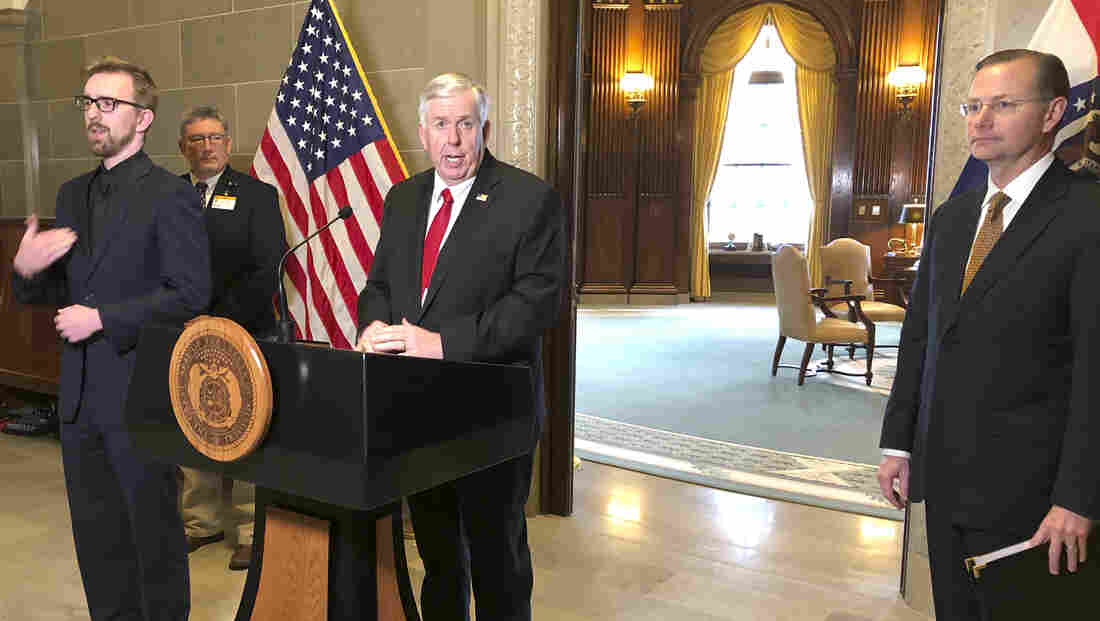 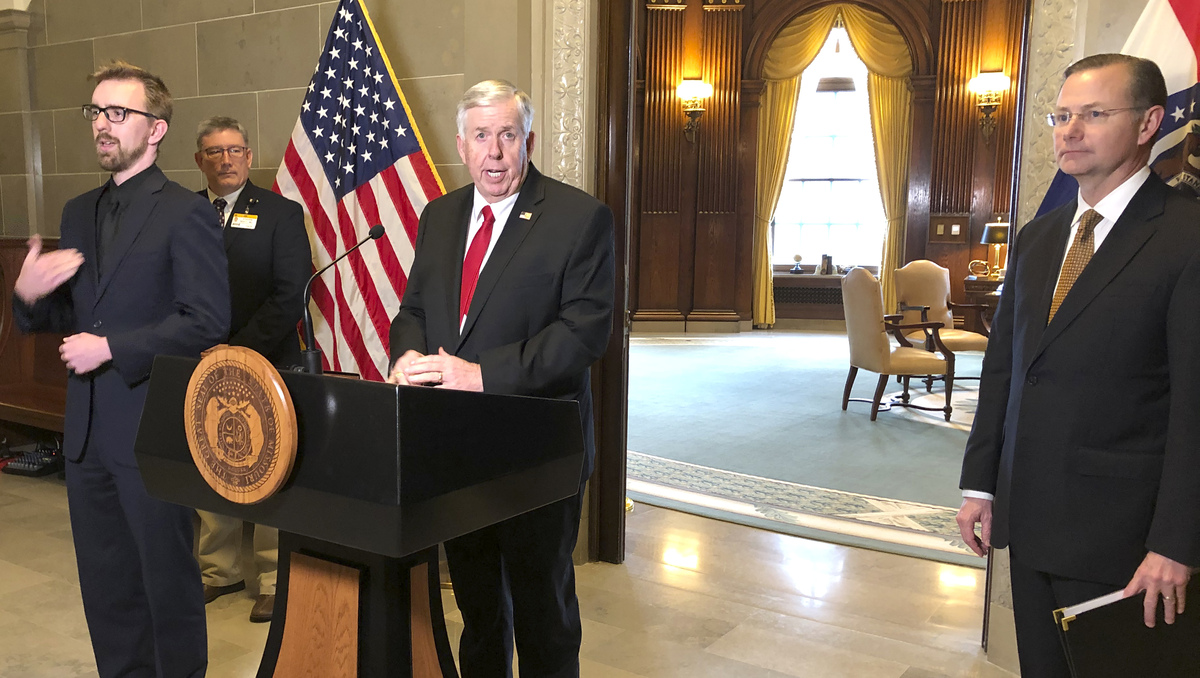 When it comes to the spread of America's coronavirus outbreak across the 50 states, Missouri's infection rate and death rate fall roughly in the middle of the pack.

In an interview Wednesday with All Things Considered, Gov. Mike Parson (R-Mo.) said he will decide when and how to reopen the state based on available data, such as the rate of infection and the availability of ICU beds and ventilators.

"It will be based on facts that we're receiving every day," the governor said.

Testing is limited in the state, but Parson said he believes it will become more available in the coming weeks.

Currently, the state is running 3,000 tests a day, which he said was not enough.

"Testing is going to be a big factor when you really 'reopen' the state ... where people start feeling they're safe again to go out and come back to some sort of normal life," he said.

Until then, the governor is also looking at larger data trends that show how rural and urban areas are impacted differently by the coronavirus.

"I think you could see that in the next several weeks, we'll have a phased approach," Gov. Parson said. "We'll probably open the state up for economics, probably different areas of the state at different times."

The governor postponed municipal elections that were scheduled for last week until June 2 and confirmed that he does not plan to expand vote-by-mail options for those elections, describing it as a partisan issue.

"That's an issue that has to be done through the legislative process," he said, noting that the state legislature isn't in session right now.

"I just don't think any one individual should be out there making that call."

Listen to the conversation in full at the audio link above.