Accessibility links
Lee Konitz, Prolific And Influential Jazz Saxophonist, Dies At 92 : Coronavirus Live Updates Konitz was devoted to improvisation and played on more than 100 albums over a seven-decade career, including the historic sessions that became Miles Davis' album Birth of the Cool. 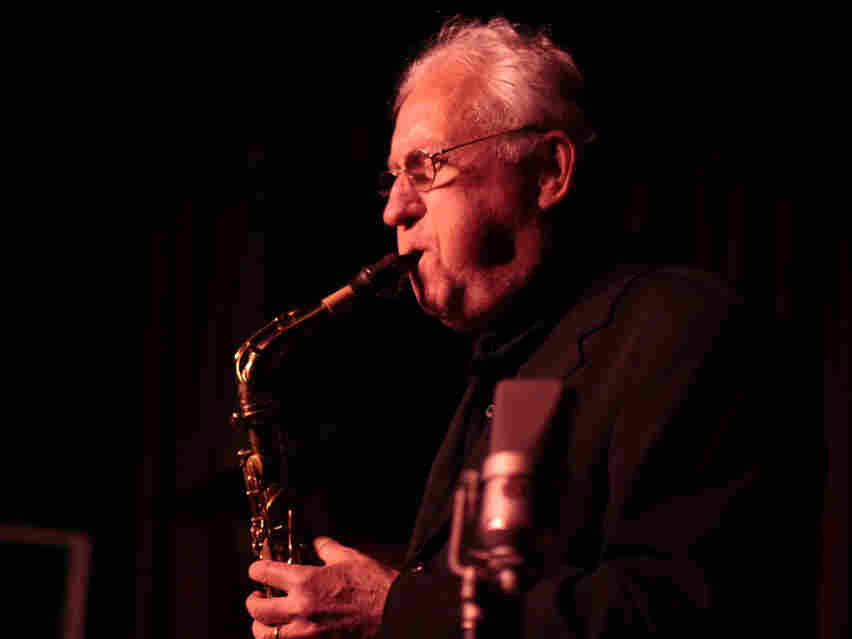 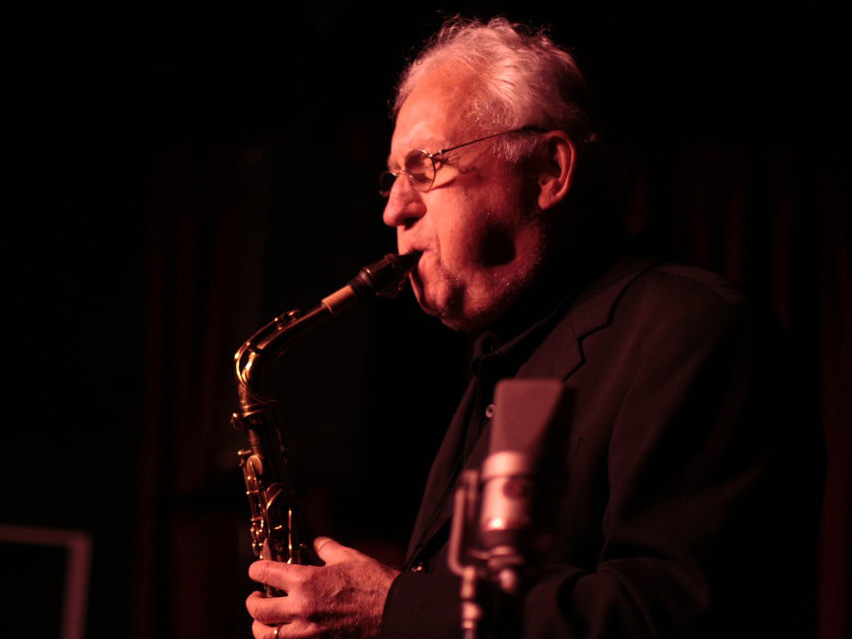 Lee Konitz, the prolific jazz saxophonist who maintained a singular style and devotion to improvisation throughout a career that stretched more than 70 years, died on Wednesday at Lenox Hill Hospital in New York at the age of 92. His son, Josh Konitz, confirmed to NPR that the cause was pneumonia related to COVID-19.

Lee Konitz was part of one of the most celebrate recordings in jazz history. In 1949 and 1950, he played with the Miles Davis Nonet a trio of sessions that would that would become Davis' 1957 album Birth of the Cool. Konitz was the last surviving musician who played in those sessions.

But 60 years after those historic recordings were made, Konitz sat in his Upper West Side living room and dismissed Birth of the Cool as merely written music, with incidental solos, having little to do with what he saw as the heart of jazz: improvisation.

"'Improvisary' means 'unforheard' — unforeseen — I don't know what the Latin word for 'heard' is, but it's something like that," Konitz said. "And that's a question that I ask the so-called improvisers: How much of what you're improvising is really pre-planned? The idea that the music is full of surprises."

Konitz dedicated a lifetime to making surprising music. As he told NPR in 1980, Konitz got his deep respect for improvisation as a teenager, when he spent three years studying and playing with the blind pianist Lennie Tristano.

"It was very inspiring," Konitz said. "I really started to take music more seriously. I was just a kid with some kind of natural facility. And he indicated to me the direction the music was really in."

Konitz was born in Chicago on Oct. 13, 1927. In a career that spanned seven decades, he improvised on scores of records, in every conceivable setting, from big bands to duets. When the alto saxophonist was in his 80s, he released a record with pianist Dan Tepfer of duets improvised on the fly, with no predetermined melodies or rhythms.

"He was a lifelong searcher," said Nate Chinen, an NPR contributor and former New York Times jazz critic who is now director of editorial content for the Newark-based jazz radio station WBGO. "He was really remarkable in the way that he always sought out the spontaneous urge."

"I think Lee Konitz will be understood as one of the great improvisers in the music," Chinen said, "as someone who managed to navigate the art of improvisation in ways that were always rigorous, and always marked by a kind of personal integrity, and really deaf to any kind of commercial concern."

Konitz never made a lot of money. He didn't have a publicist, an agent or even an email account. But he made a living playing jazz, and he never had to compromise. When he was 82, he said that was enough of a career for him.

"Well, it's as modest as it could be," Konitz mused. "I never got into the big money, or the big record sales area. So I can move around as an old-timer, so to speak. And have that kind of respect and opportunity to play. It's great."