Accessibility links
In Vietnam, There Have Been Fewer Than 300 COVID-19 Cases And No Deaths. Here's Why : Coronavirus Updates With nearly 100 million people, Vietnam has 268 confirmed cases. Experts say experience with prior pandemics and aggressive social distancing have helped, as has the muscle of an authoritarian state.

In Vietnam, There Have Been Fewer Than 300 COVID-19 Cases And No Deaths. Here's Why

In Vietnam, There Have Been Fewer Than 300 COVID-19 Cases And No Deaths. Here's Why 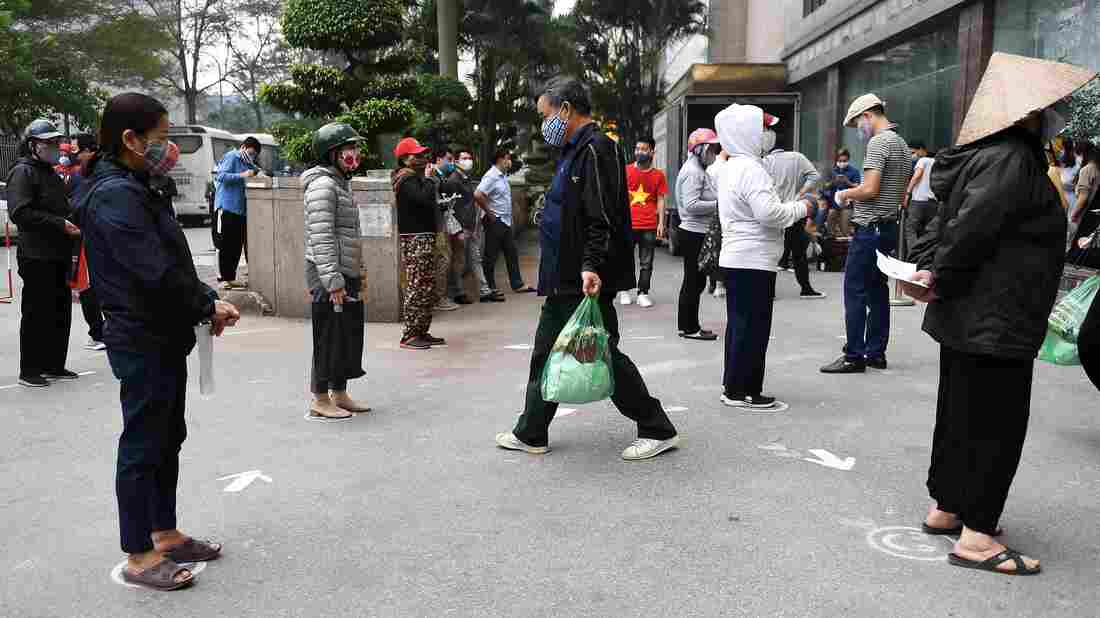 People wearing face masks wait for free food being given away at a Happy Mart store in Hanoi on Thursday. Nhac Nguyen/AFP via Getty Images hide caption 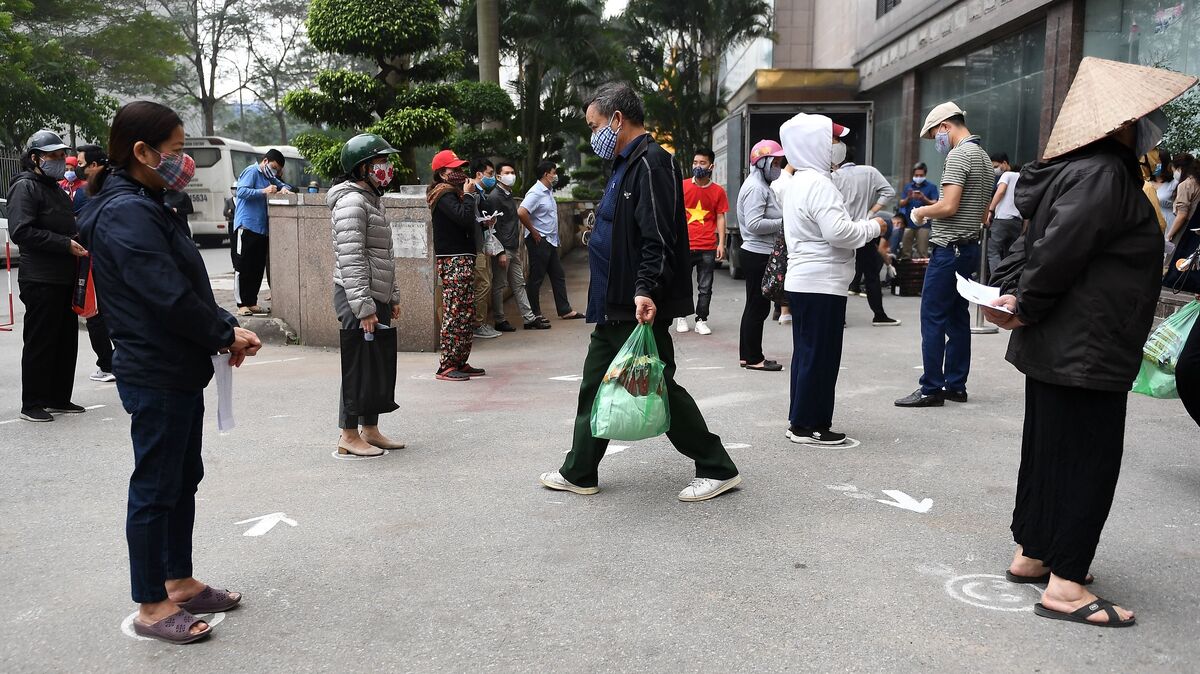 People wearing face masks wait for free food being given away at a Happy Mart store in Hanoi on Thursday.

Vietnam shares a border with China, yet it has reported no deaths from COVID-19 and just 268 confirmed cases, when other Southeast Asian nations are reporting thousands.

Experts say experience dealing with prior pandemics, early implementation of aggressive social distancing policies, strong action from political leaders and the muscle of a one-party authoritarian state have helped Vietnam.

"They had political commitment early on at the highest level," says John MacArthur, the U.S. Centers for Disease Control and Prevention's country representative in neighboring Thailand. "And that political commitment went from central level all the way down to the hamlet level."

With experience gained from dealing with the 2003 SARS and 2009 H1N1 pandemics, Vietnam's government started organizing its response in January — as soon as reports began trickling in from Wuhan, China, where the virus is believed to have originated. The country quickly came up with a variety of tactics, including widespread quarantining and aggressive contact tracing. It has also won praise from the World Health Organization and the CDC for its transparency in dealing with the crisis.

Prime Minister Nguyen Xuan Phuc recently characterized Vietnam's efforts as the "spring general offensive of 2020," a reference to the 1968 Tet Offensive, which many claim helped turn the tide of the Vietnam War.

Tens of thousands have been put in quarantine camps. By the end of March, Vietnam had banned all international and domestic flights. The government locked down the country on April 1. State-run media say the current social distancing and stay-at-home orders are to be extended for at least another week.

Streets normally buzzing with motorcycles and cars are almost empty in most large cities. As the economic toll of the lockdown becomes apparent, some entrepreneurs are stepping up to help. One has provided "rice ATMs" to dispense free rice to those who are out of work.

Some may still be skeptical of Vietnam's relatively low COVID-19 case numbers. The CDC's MacArthur is not.

"Our team up in Hanoi is working very, very closely with their Ministry of Health counterparts," he says. "The communications I've had with my Vietnam team is that at this point in time, [they] don't have any indication that those numbers are false."

A previous version of this story incorrectly said a man was jailed on a nine-month sentence for failing to wear a mask. In fact, he was jailed for assaulting officers who asked him to wear a face mask.