Accessibility links
Some States Express Optimism About Reopening For Business Next Month : Coronavirus Updates Idaho, Ohio and North Dakota at least have told nonessential businesses they may be OK to reopen May 1. Their optimism echoes the line coming from the White House — but others fear it's too soon.

Some States Express Optimism About Reopening For Business Next Month

Some States Express Optimism About Reopening For Business Next Month 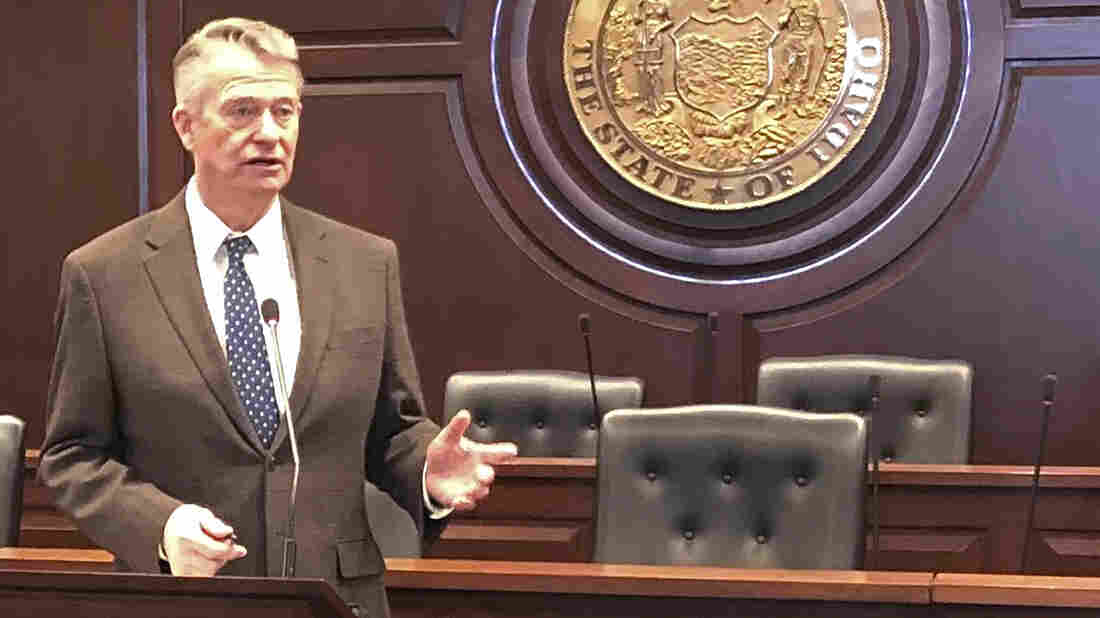 Idaho Gov. Brad Little speaks with reporters at the Statehouse in Boise last month. In a statement released Wednesday, Little told residents that some businesses — those at which safe social distancing can be practiced — may have an opportunity to reopen after April 30. Keith Ridler/AP hide caption 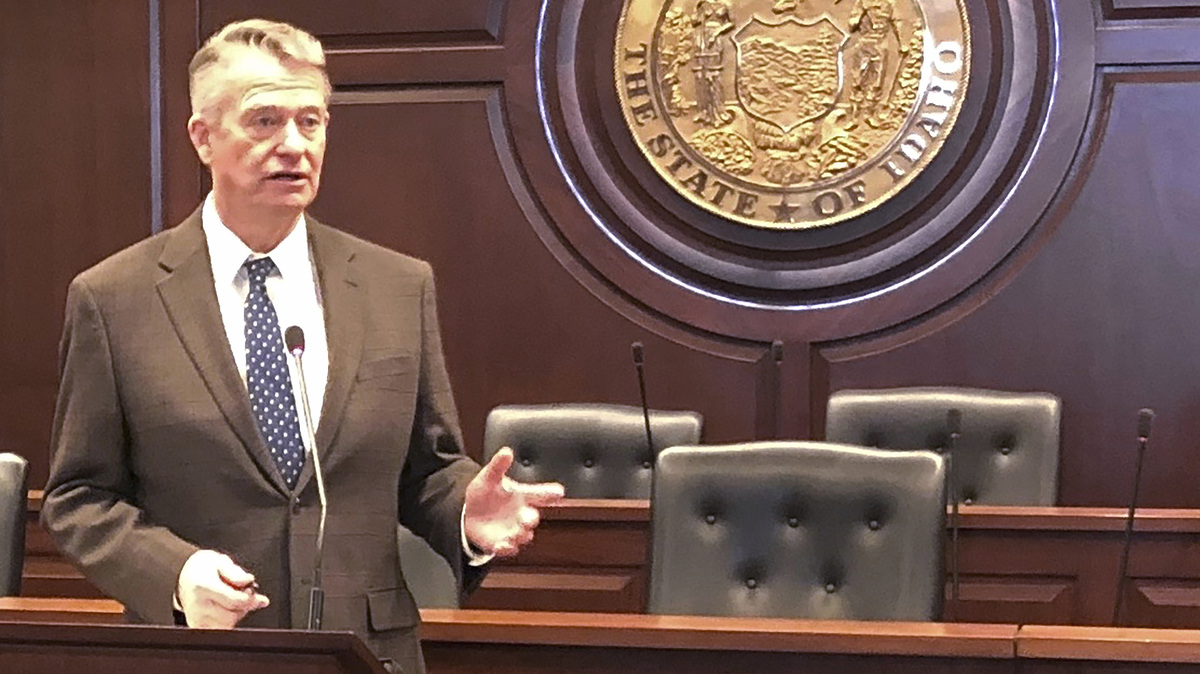 Idaho Gov. Brad Little speaks with reporters at the Statehouse in Boise last month. In a statement released Wednesday, Little told residents that some businesses — those at which safe social distancing can be practiced — may have an opportunity to reopen after April 30.

In the fight to contain the coronavirus, states have issued sweeping directives shuttering businesses and asking residents to stay at home in recent weeks. Now, with the White House claiming the U.S. has passed its peak of coronavirus cases, at least two of those states have told businesses that the opportunity to reopen their doors may be just a couple of weeks away.

North Dakota and Idaho announced Wednesday that, while officials in each state are extending their mandatory nonessential business closures through the end of April, these businesses should expect to open again come May 1 if the conditions in the states — as well as companies' operations — manage to meet some key criteria.

At a news conference Thursday, Ohio Gov. Mike DeWine also noted that his state is looking at the possibility of reopening May 1 — albeit slowly, and in phases.

"Without therapeutics to treat symptoms of coronavirus, without a vaccine, and without herd immunity, consumers want to know businesses will adhere to strict practices to assure their health and safety," Idaho Gov. Brad Little said in a statement Wednesday. "We can expect to go through phases of loosening and tightening of these measures until we do. In the meantime, I will continue to push for expanded access to testing."

Little said that some nonessential businesses — those, such as bars and hair salons, "where people simply cannot safely social distance" — should expect to remain closed. But others that are capable of complying with the state's conditions and do so, his office said, "should prepare to reopen after April 30."

In contrast with states such as New York and New Jersey, which have become the epicenter of the outbreak in the U.S., both Idaho and North Dakota have so far escaped the brunt of the coronavirus.

As of Wednesday, Idaho health authorities had reported at least 1,587 confirmed cases of the coronavirus and several dozen deaths linked to COVID-19 across the state. Residents there have been under a statewide stay-at-home order since March 25.

Meanwhile, no such stay-at-home order has been issued in North Dakota, which recently saw its highest single-day spike in new confirmed cases — but also has reported even lower numbers than Idaho, with more than 360 confimed cases and a death toll of at least nine.

North Dakota Gov. Doug Burgum made it clear that — though he is hopeful to reopen businesses such as health clubs, bars and entertainment venues when his order expires after April 30 — state officials will need to see a slew of conditions met before they do so. These conditions include: "robust" rapid testing and contact tracing statewide, sufficient protective equipment for medical workers and hospital beds for patients, and new standard operating procedures from the businesses reopening.

Republican Ohio Gov. Mike DeWine, for his part, has said that he and other state officials will strive to remain "careful" in their possible attempt to open certain businesses at the start of next month. Ohio's death toll, unlike North Dakota and Idaho, has numbered in the hundreds so far, but it was among the first dozen states to issue a statewide stay-at-home order.

DeWine is among a group of seven Midwestern governors — also including Democrats J.B. Pritzker of Illinois and Gretchen Whitmer of Michigan — who are working "to closely coordinate plans to reopen the regional economies when the time is right," according to Kentucky Gov. Andy Beshear.

The cautious optimism expressed by the state leaders comes as the White House seeks to make the point that the country is turning the corner in its fight against the coronavirus.

Why Social Distancing Is Important Even If COVID-19 Cases Peaked

Why Social Distancing Is Important Even If COVID-19 Cases Peaked

Even as the Trump administration has been criticized as having responded slowly and unevenly to the pandemic — and even as the U.S. continues to vastly outpace every other country in the world in number of confirmed coronavirus cases and deaths — President Trump has attempted to recast the situation in a more positive light.

"The data suggests that nationwide we have passed the peak on new cases," Trump said Wednesday, and he has promised to release new guidelines for when states ought to reopen.

Others, however, are urging caution on this line of thinking. Jennifer Nuzzo, an epidemiologist at Johns Hopkins University, told Morning Edition that it's difficult to say anything confidently about peaking when so many possible patients still can't be tested.

"While it's true that the total number of cases occurring on any one day in the U.S. is slowing, we can't assume that we're going to continue to see a decline in cases," Nuzzo said Thursday. "That's because the fact that it's slowing is largely due to efforts in a few states to reduce the new cases that occur through social distancing. So if we release these measures, we have no expectation that we will continue to see declines."