Accessibility links
China Raises Wuhan's Coronavirus Death Toll : Coronavirus Live Updates The revised figures from Wuhan, the city that was the original epicenter of the outbreak, add 1,290 deaths, bringing the total for the city to 3,869. 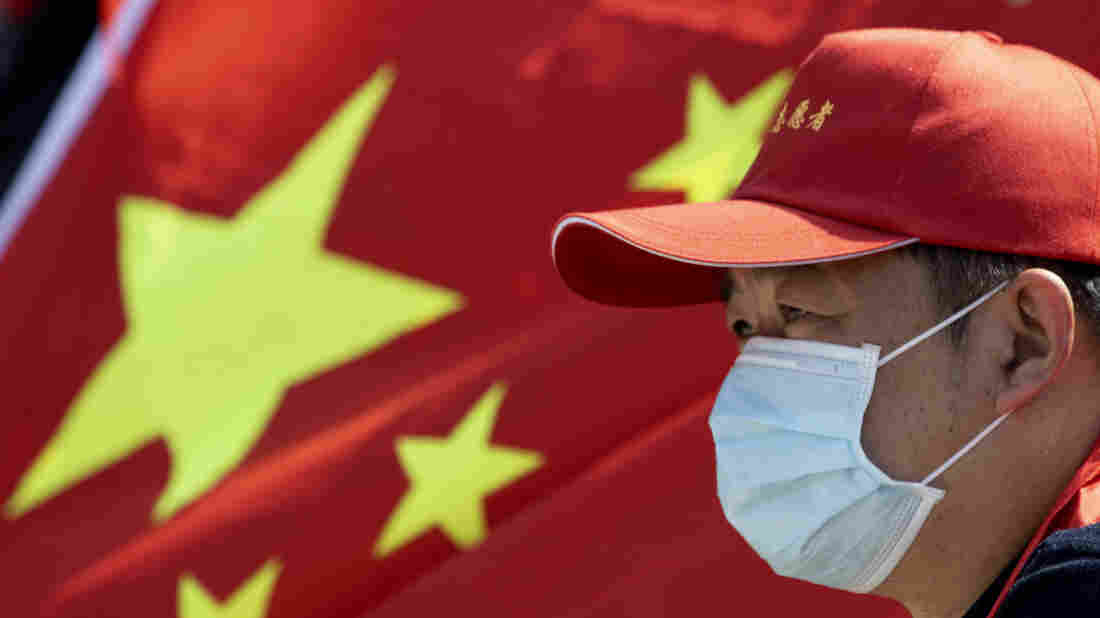 A volunteer looks out near a Chinese national flag during a farewell ceremony for the last group of medical workers who came from outside Wuhan to help the city during the coronavirus outbreak in Wuhan in central China's Hubei province on Wednesday. Ng Han Guan/AP hide caption 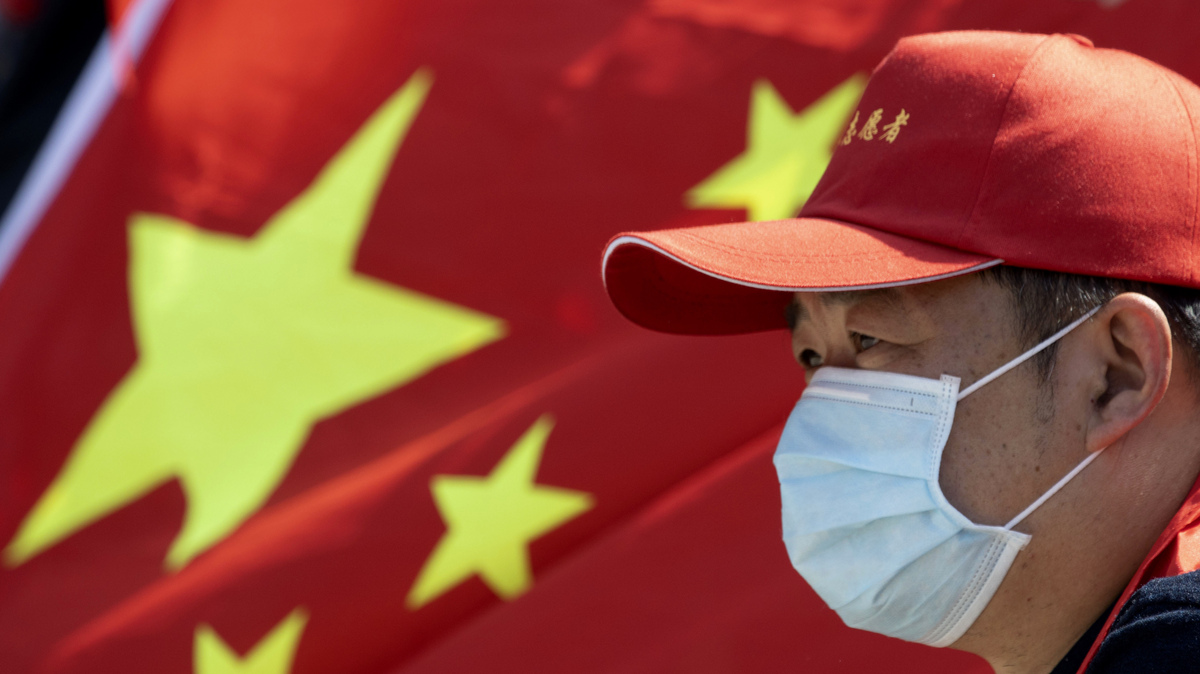 A volunteer looks out near a Chinese national flag during a farewell ceremony for the last group of medical workers who came from outside Wuhan to help the city during the coronavirus outbreak in Wuhan in central China's Hubei province on Wednesday.

China has made a huge upward adjustment to its official count of COVID-19 victims in Wuhan — the city where the novel coronavirus was first identified in December — adding nearly 1,300 deaths.

The change comes on the same day that the worldwide number of confirmed infections topped 2 million for the first time since the start of the pandemic, with well over a quarter of those in the U.S. Some 145,000 have died across the globe, with more than 33,000 of the deaths in the U.S.

"In the early stage, due to limited hospital capacity and the shortage of medical staff, a few medical institutions failed to connect with local disease control and prevention systems in a timely manner, which resulted in delayed reporting of confirmed cases and some failures to count patients accurately," another state broadcaster, CGTN, reported, quoting an unidentified Wuhan official.

The revision in the official statistics comes as Beijing has been criticized by President Trump and others and accused of covering up the scale of the outbreak in its earliest days, leaving governments elsewhere with a false picture of what they might be facing as the virus spread around the world.

At a daily White House briefing on the coronavirus response on Wednesday, Trump was asked about whether China had been forthright in its reporting on the outbreak within its borders.

Asked whether he had discussed with Chinese leader Xi Jinping an unsubstantiated theory that the virus could have been accidentally released from a laboratory in Wuhan, Trump answered: "I don't want to discuss what I talked to him about the laboratory, I just don't want to discuss, it's inappropriate right now."

In an interview later on Fox News, Secretary of State Mike Pompeo, without offering evidence, appeared to give currency to the idea.

"[We] know the virus originated in Wuhan, China," Pompeo said, noting that the Institute of Virology was only a few miles away from the wet market where people are believed to have first come in contact with the disease.

"The Chinese government needs to come clean," he said.

However, earlier this week, the chairman of the Joint Chiefs of Staff, Gen. Mark Milley, appeared to push back on at least one sinister conspiracy theory that has been making the rounds — that the virus was deliberately engineered, possibly as a biological weapon.

"There's a lot of rumor and speculation," he said, adding that "we've taken a keen interest in that."

"We've had a lot of intelligence take a hard look at that," he said, adding, "I would just say at this point that it's inconclusive, although the weight of the evidence seems to indicate [the virus's origin is] natural."