Accessibility links
Cathay Pacific To Cut U.S. Cabin Crew As COVID-19 Grounds Most Of Its Flights : Coronavirus Updates The Hong Kong-based airline, which is flying just 3% of its schedule in the wake of the pandemic, will lay off nearly 300 employees in New York, San Francisco and LA.

Cathay Pacific To Cut U.S. Cabin Crew As COVID-19 Grounds Most Of Its Flights

Cathay Pacific To Cut U.S. Cabin Crew As COVID-19 Grounds Most Of Its Flights 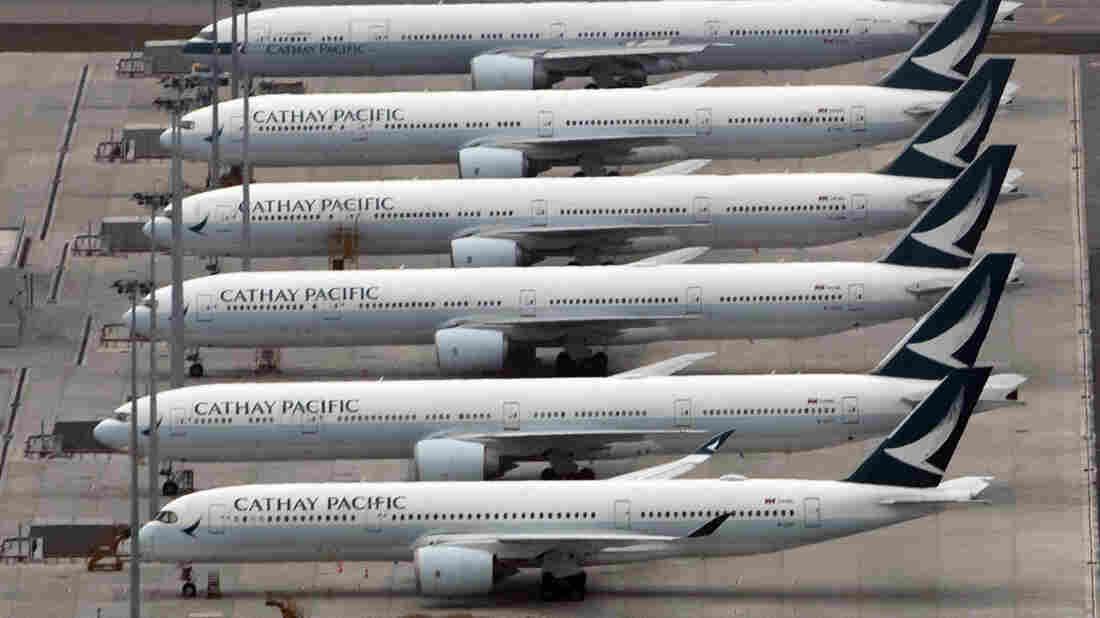 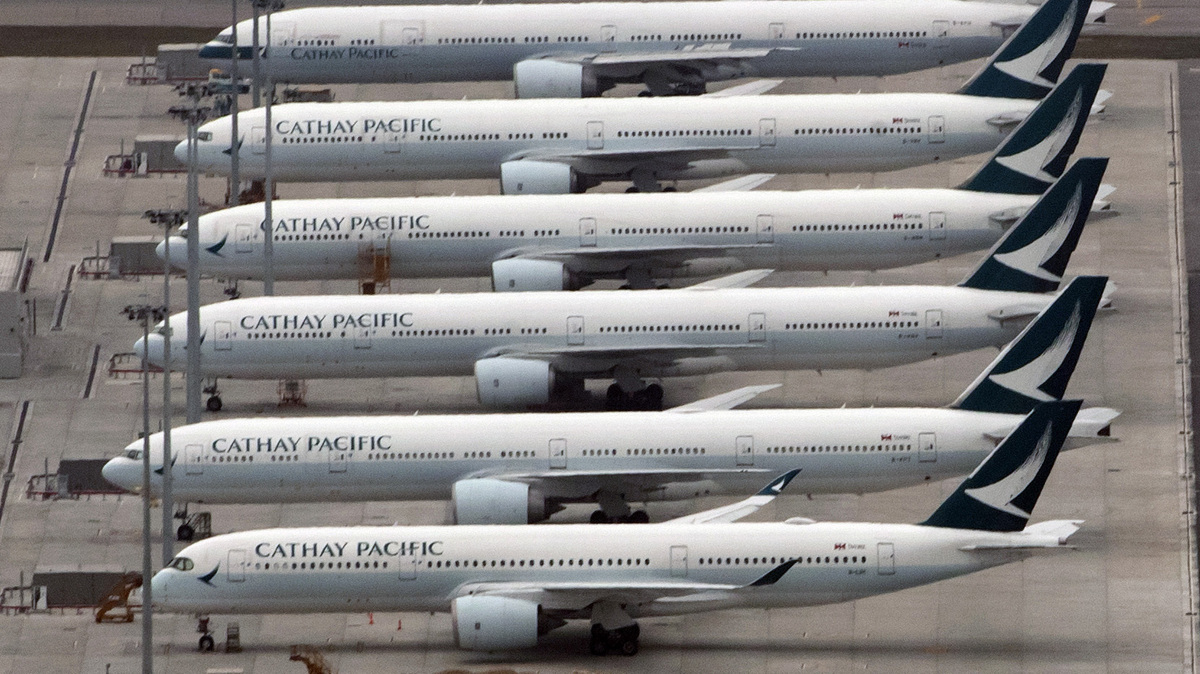 Cathay Pacific Airways jetliners lined up on the tarmac at Hong Kong International Airport last month. The global airline's flying schedules have declined since the outbreak of COVID-19.

Hong Kong-based Cathay Pacific Airways will lay off dozens of U.S. cabin crew and other staff members in a cost-saving move aimed at shoring up its bottom line as its planes sit idle amid a sharp decrease in demand caused by the coronavirus.

The airline said Friday that it would cut 286 staff jobs located in New York, San Francisco and Los Angeles.

"As a result of the Covid-19 pandemic which has virtually halted global travel, Cathay Pacific has made the difficult decision to close its US cabin crew bases," an airline spokeswoman said.

It follows a similar move last month to close its Vancouver, Canada, base and eliminate 147 jobs there.

In recent weeks, Cathay has been flying at just 3% of its normal capacity, trimming back all but its primary destinations: Beijing, Los Angeles, Singapore, Sydney, Tokyo and Vancouver.

Sara Nelson, president of the Association of Flight Attendants-CWA, which represents Cathay in the U.S., said the union was "devastated" by the layoffs.

Nelson, quoted in the South China Morning Post, said the union "will be working to achieve severance and continued health care for as long as possible."

Cathay managed to bounce back after facing a similar crisis during the Severe Acute Respiratory Syndrome (SARS) outbreak that swept through Hong Kong and southern China in 2003. This time, however, the economic damage from the latest virus is proving much more substantial and longer-lasting.

For the airline, the hit from COVID-19 comes on top of another blow: the sometimes violent anti-government protests that have frequently brought Hong Kong to a standstill and forced many travelers to reconsider the Chinese territory as a suitable destination.

Last year, Cathay fired dozens of employees who had openly expressed sympathy with the protesters or joined in the protests themselves, and the company's CEO stepped down amid criticism from Beijing.