Accessibility links
Palestinians In The West Bank Improvise Checkpoints To Help Fight Coronavirus : Coronavirus Live Updates In the shadow of Israeli watchtowers and settlements, Palestinians have set up improvised checkpoints to enforce a Palestinian Authority lockdown in areas where Palestinian police can't patrol. 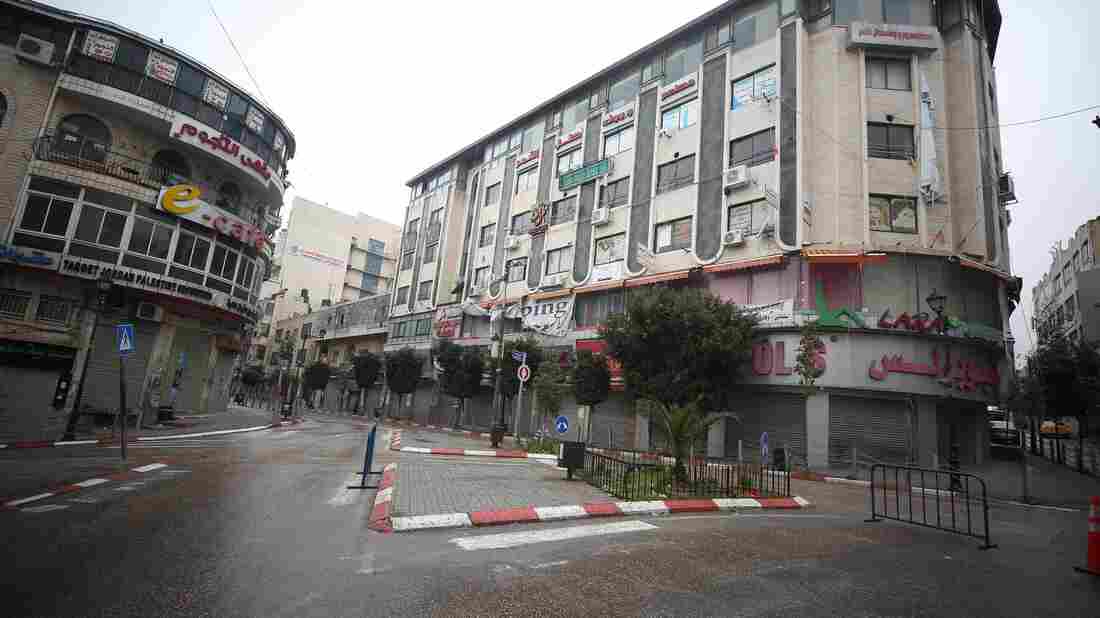 A street is seen empty during a lockdown due to the COVID-19 pandemic in Ramallah, West Bank on April 1. Anadolu Agency/Anadolu Agency via Getty Images hide caption 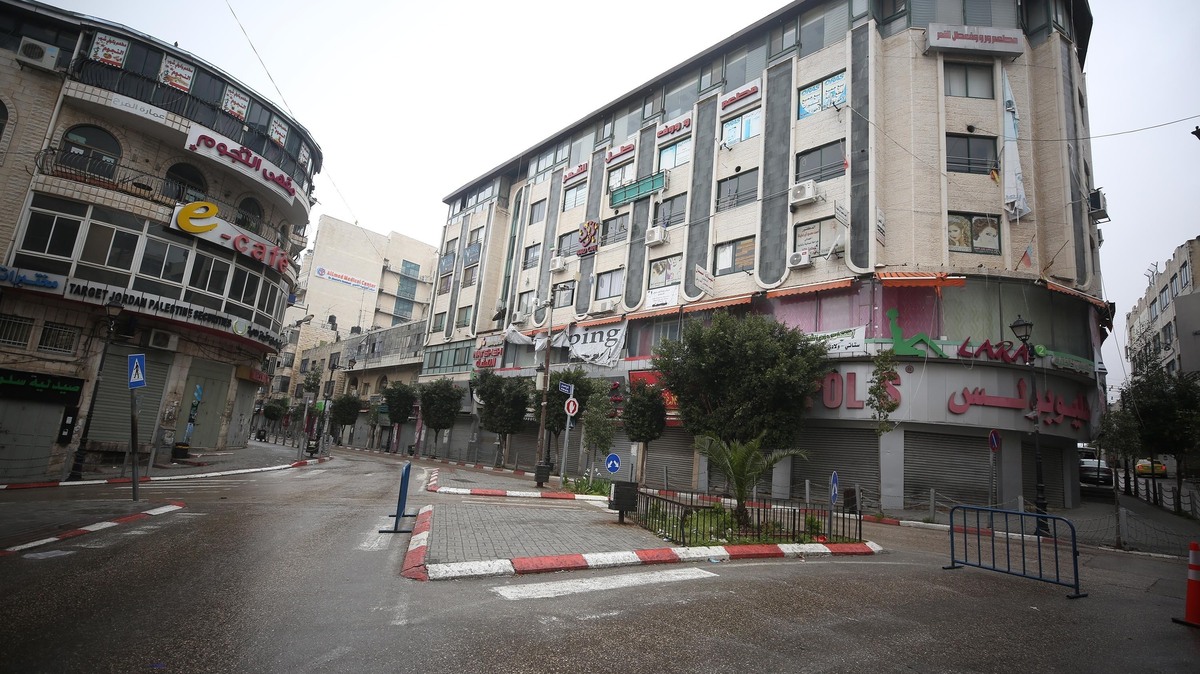 A street is seen empty during a lockdown due to the COVID-19 pandemic in Ramallah, West Bank on April 1.

Palestinians in the occupied West Bank are confronting the coronavirus crisis using familiar tactics from half a century of Israeli military occupation.

Village councils and political committees, well-schooled in community organizing through years of confronting Israel, have mobilized.

In the shadow of Israeli watchtowers and settlements, they have co-opted an emblem of their occupier and set up improvised checkpoints — to enforce a Palestinian Authority lockdown in areas where Palestinian police are not permitted to patrol.

"We do not imitate the Israeli occupation," activist Nasser Khatib insisted. "We call this a checkpoint of love and peace."

The activists, mainly affiliated with the ruling Fatah party, man the checkpoints to keep Palestinians from driving between towns during the day and off the streets toward nightfall, between 5 p.m. and 10 a.m.

"Hello, my friend. How's your health?" Khatib asked a driver on a recent afternoon. "Please wear gloves and masks to protect your health and the health of your children."

The strict lockdown has paid off so far. The West Bank has recorded fewer than 300 cases of infection and two deaths.

The Palestinian leadership, which usually has a 30% to 40% overall approval rating, enjoys 96% support for its response to the coronavirus, according to a recent poll.

"The Palestinian government [does] understand that the health system here is very weak. So they took very tough measures," said pollster Ghassan Khatib of the Jerusalem Media and Communications Center, which helped conduct the survey.

Beyond the West Bank, some areas are out of Palestinian officials' control. Israel claims Palestinian neighborhoods of East Jerusalem as a part of the Israeli capital and blocks any Palestinian political activity there. It has also blocked coronavirus-related activities.

"They broke the gate of my apartment, they used dogs," Hidmi told NPR. He said he was detained for several hours and questioned about an interview he gave from Jerusalem on Palestinian Authority TV about the coronavirus, before being released without charge. "The claim: that I'm leading the Palestinian efforts to fight corona in Jerusalem," Hidmi said.

Israeli police have said the arrest was not linked to efforts to fight the coronavirus.

In the West Bank, officials say about 75% of virus cases can be traced to Palestinian day laborers who brought the virus home from Israel, which has seen nearly 13,000 cases and at least 151 deaths. Now activists at the makeshift Palestinian checkpoints try to intercept the laborers on their way home, to ensure they are sent to quarantine.

Earlier this week, Israeli forces in Jeeps rolled past one Palestinian coronavirus checkpoint, using loudspeakers to order Palestinians off the streets for their own health. The "checkpoint of love and peace" vanished, its activists fearful of getting arrested.

Then the Jeeps retreated, activist Khatib told NPR, and he returned to his post.

Nuha Musleh contributed to this report from the West Bank.