Accessibility links
Organizers: 'With Deep Regret ...There Will Be No Comic-Con In 2020' : Coronavirus Live Updates This is the first time in the event's 50-year history that it will not held. "Extraordinary times require extraordinary measures and while we are saddened to take this action," a spokesperson said. 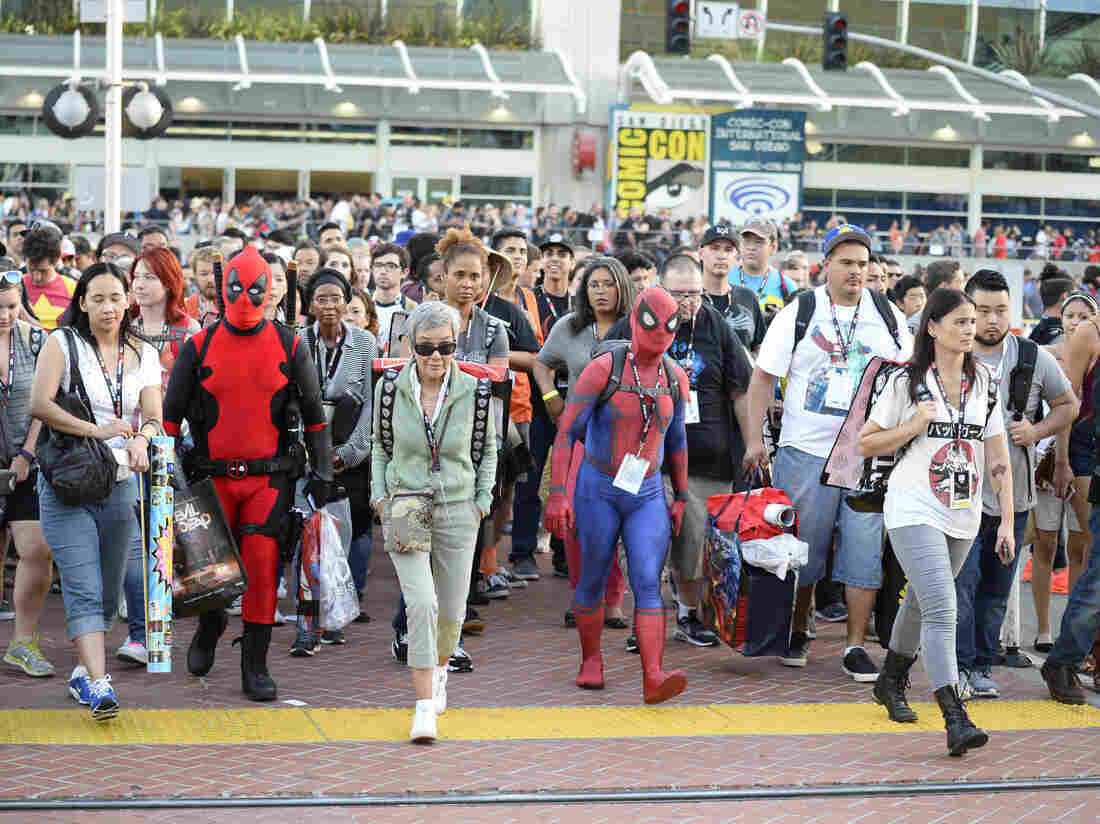 Comic-Con San Diego is postponed until 2021. Fans seen above leave the San Diego Convention Center on day one of the festival in 2016. Denis Poroy/Denis Poroy/Invision/AP hide caption 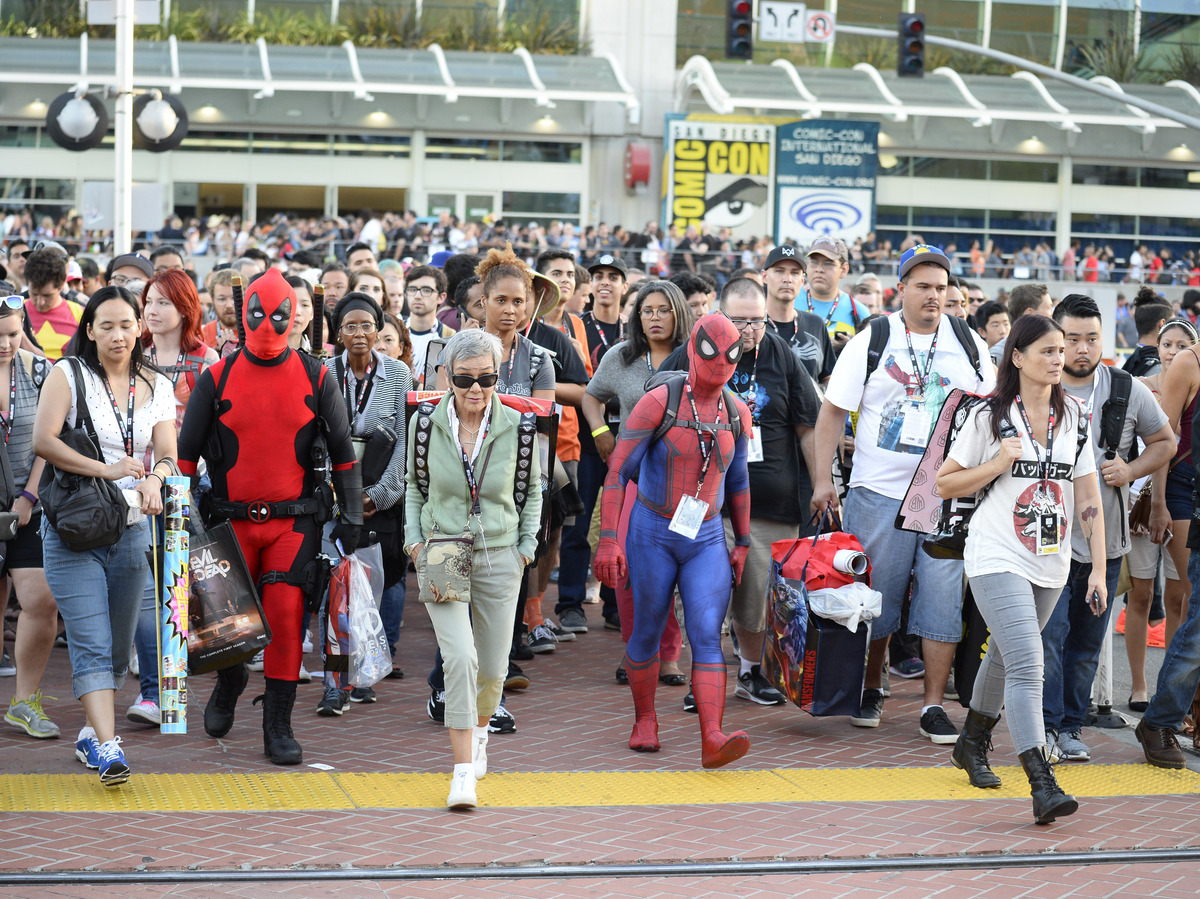 Comic-Con San Diego is postponed until 2021. Fans seen above leave the San Diego Convention Center on day one of the festival in 2016.

The continued spread of the coronavirus claimed yet another big event on the 2020 entertainment calendar this Friday, when the San Diego Comic-Con announced the annual entertainment and comic book convention would be postponed until 2021.

In a statement on its website, organizers said it is "with deep regret that there will be no Comic-Con in 2020," marking the first time in the event's 50-year history it would not be held.

"Extraordinary times require extraordinary measures and while we are saddened to take this action, we know it is the right decision," said Comic-Con spokesperson David Glanzer. "We eagerly look forward to the time when we can all meet again and share in the community we all love and enjoy."

Comic-Con — which launched as a small comic-book themed event — is now a powerhouse summer festival that attracts major figures from movies and television. It's one of the biggest fan events of the year; last year more than 135,000 people attended, and not just for comics, but for interactive experiences, signings and big announcements about the latest Marvel movies.

SDCC officials said fans who bought passes for Comic-Con 2020 can either request a refund or transfer their badges to next year. The same offer is being made to the event's exhibitors.

Organizers also announced that a previously postponed event, Anaheim WonderCon — originally set for April 10-12 — will also be pushed to 2021. It will be held at California's Anaheim Convention Center from March 26-28.

The spread of the coronavirus has decimated the festival and sporting calendar, with many states implementing broad social distancing guidelines and stay at home orders that have shuttered all but essential businesses from operating.

In March, California governor Gavin Newsom issued a stay at home order, and banned gatherings of more than 250 people.