Accessibility links
Without Visitors, Zoos Struggle To Cover Fixed Costs Of Animals' Care : Coronavirus Updates With no paying visitors because of the coronavirus shutdown, zoos are struggling to cover the fixed costs of caring for their residents. 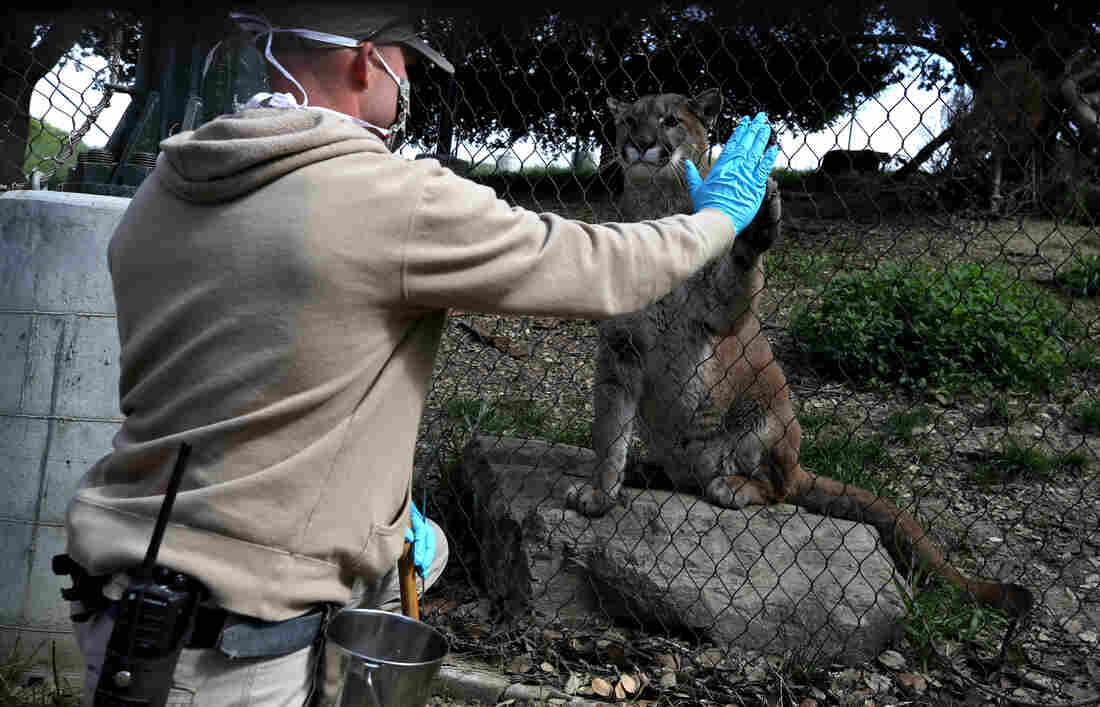 Animal keeper Sam Delzell touches the paw of a mountain lion during a feeding at the Oakland Zoo in California on April 16. The zoo is offering a subscription service that features live-streamed interactive programs with keepers and animals. Justin Sullivan / Getty Images hide caption 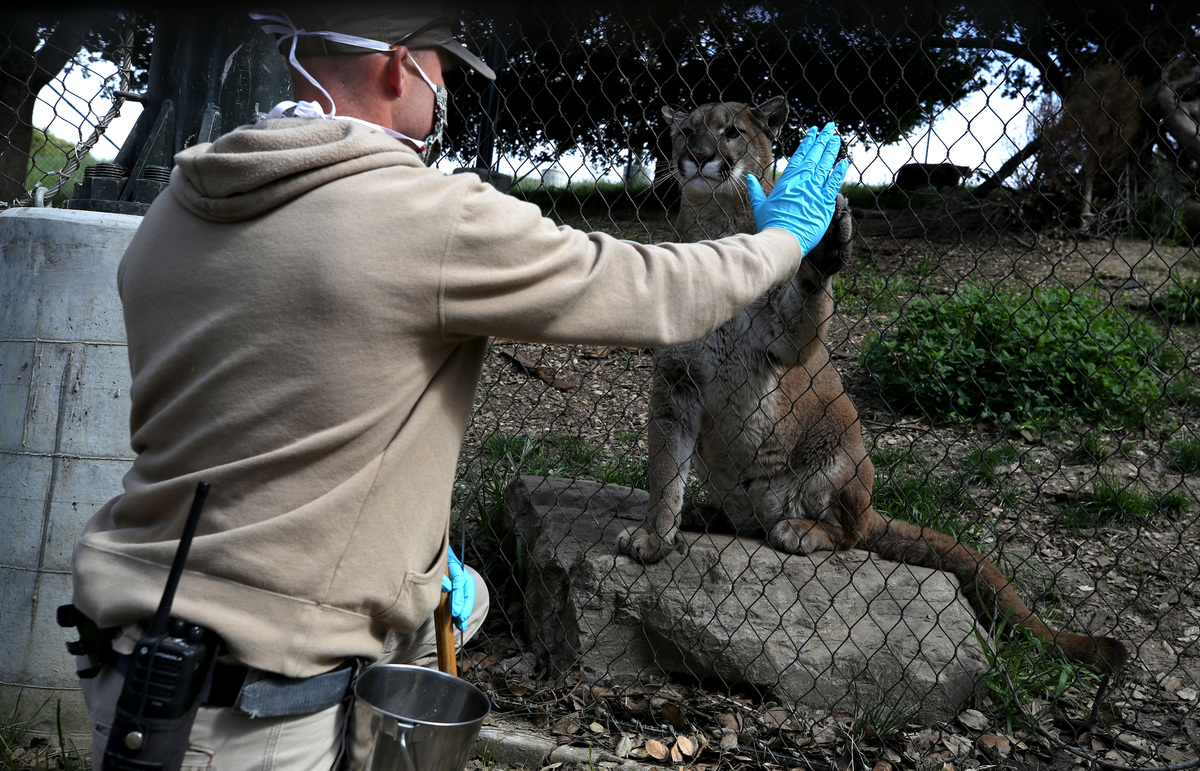 Animal keeper Sam Delzell touches the paw of a mountain lion during a feeding at the Oakland Zoo in California on April 16. The zoo is offering a subscription service that features live-streamed interactive programs with keepers and animals.

With the front gates locked and the normal revenue streams in hibernation because of the coronavirus lockdown, zoos across the country are getting creative about how to raise money to continue caring for their residents.

At the Birmingham Zoo in Alabama, President Chris Pfefferkorn said it costs an average of $30,000 a day just to operate a zoo — to feed the animals, pay the staff and utility bills and provide medical care.

Those costs are normally covered in large part by ticket and refreshment sales and gift shop purchases. "It's roughly 85-90 percent of our total revenues throughout the year," Pfefferkorn said. "We're very dependent on the community and their support."

The Birmingham Zoo has filed for help from the federal government, as have other zoos nationwide. But they are also turning to the public to try to stay connected. The Shedd Aquarium in Chicago tweeted a video of penguins Edward and Annie waddling around the visitor-less aquarium.

The Cincinnati Zoo & Botanical Garden is raising money by selling newly-designed T-shirts featuring its star hippo, and is holding regular online fundraisers that have raised more than $100,000.

In Germany, one zoo director said this week that as a last resort, the zoo may have to consider killing some of the animals to feed to others. Director Verena Kaspari told the German Press Agency that the Neumünster Zoo near Hamburg has had to draw up a last-resort plan detailing which animals would be euthanized first, and in which order.

The Birmingham Zoo's Pfefferkorn said that won't happen at his zoo. "I'd get out on the highway and collect aluminum cans if that's what it took to keep our level of care at the highest for the animals," he said.

But Dan Ashe, CEO of the Association of Zoos & Aquariums, told Buzzfeed he doesn't believe it will come to that at any of the zoos accredited by his international organization. In the worst-case scenario, Ashe has said, zoos could transfer animals elsewhere.

Still, the AZA is helping zoos file for financial aid and urging its members to contact Congress to remind lawmakers how much zoos need financial help. And he's reminding the general public how worthwhile zoos are, especially for children who are stuck indoors. The AZA's website has a calendar showing what time zoos across the country are showing live zookeeper talks and educational videos about animals.