Accessibility links
Canadian Border Restrictions Have Been Extended For Another 30 Days : Coronavirus Live Updates The U.S. and Canada have agreed to keep their shared border closed for nonessential travel to prevent the spread of the novel coronavirus. The decision extends a partial ban implemented last month.

Canadian Border Restrictions Have Been Extended For Another 30 Days

Canadian Border Restrictions Have Been Extended For Another 30 Days 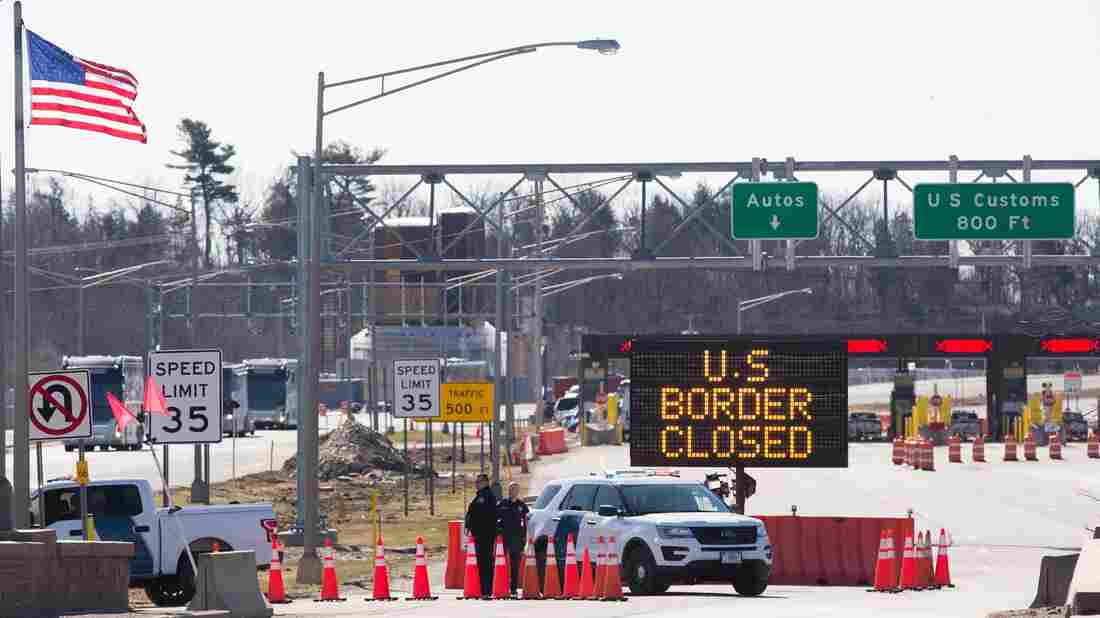 In March, the United States agreed with Mexico and Canada to restrict nonessential travel because of the coronavirus outbreak. Lars Hagberg/AFP via Getty Images hide caption 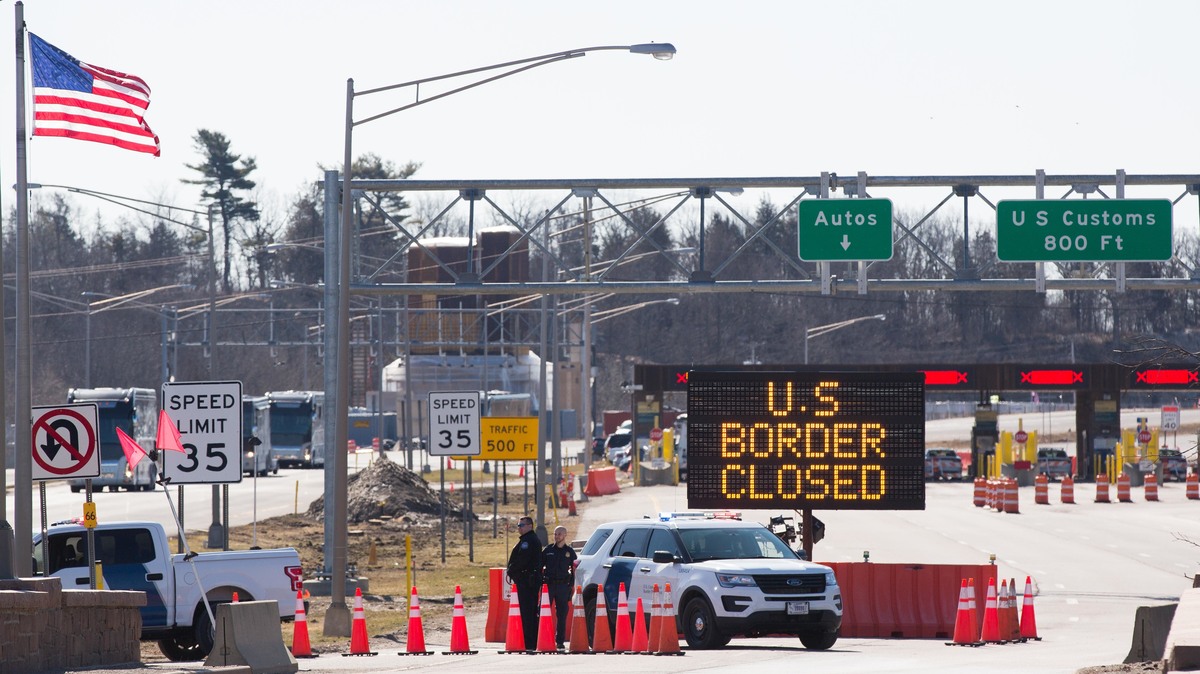 In March, the United States agreed with Mexico and Canada to restrict nonessential travel because of the coronavirus outbreak.

The United States and Canada have agreed to keep their shared border closed for nonessential travel for another 30 days to prevent the spread of the coronavirus. Canadian Prime Minister Justin Trudeau announced the extension during a briefing Saturday in Ottawa.

The restrictions on the world's longest frontier took effect on March 21, while allowing trade and other travel deemed essential to continue. The partial ban was to expire soon, but the neighboring countries have decided it is not safe to allow traffic to fully resume.

"This is an important decision and one that will keep people on both sides of the border safe," Trudeau told a news conference outside the residence where he has been living and working in recent weeks.

Canada, with a population of under 38 million, has had more than 32,000 cases of infection and 1,340 deaths from COVID-19, as of Saturday. The U.S. has identified almost 720,000 cases and over 37,000 deaths, as of late Saturday afternoon. Several of America's hardest-hit areas including New York state share a border with Canadian provinces. Both countries have testing shortages.

Border crossings have fallen dramatically, even despite the essential travel exemptions.

At the Peace Bridge between Buffalo, N.Y., and Fort Erie, Ontario, "passenger traffic [is] down 95%, bus traffic down ... 99.6%, so essentially, it's shut down," Kathryn Friedman, a global fellow at the Wilson Center's Canada Institute, said in a conference Tuesday. "Commercial traffic is down a little over 28%."

"It is surreal to see such little traffic," Ron Rienas, who runs the authority that manages the Peace Bridge, told The Buffalo News.

Reporter's Notebook: Crossing Into Canada Before Coronavirus Closes The Border

Since April 1, tunnel traffic between the heavily integrated Detroit and Windsor, Ontario regions is down 88% over the same period last year, according to Friedman.

Concerns have risen in Canada about daily trips by around 1,600 health care workers from Ontario to hard-hit Detroit. Some nurses who work in facilities in both the U.S. and Canada have had to choose one.

The extension of the border restrictions came after a week in which the governments gave mixed signals about the next step.

President Trump said on Wednesday that the Canadian border "will be one of the early borders to be released. Canada is doing well. We're doing well."

But the next day, Prime Minister Trudeau told reporters, "There is a significant amount of time, still, before we can talk about loosening such restrictions."