Accessibility links
Coronavirus Cases Continue To Climb In The U.S. And Around The World : Coronavirus Live Updates More than 32,000 new cases of COVID-19 were reported in the U.S. on Saturday, as the nation's death toll crossed 41,000.

As of Sunday, nearly three months since the first confirmed case of the coronavirus was reported in the United States, there are over 746,300 confirmed cases of the virus in the country, according to data compiled by Johns Hopkins University.

The disease has been detected everywhere from remote areas of the Amazon, to the Syrian province of Idlib, which even before the pandemic hit was mired in one of the world's worst humanitarian crises. In the United Kingdom, 596 people died from the virus on Saturday, pushing the nation's death toll above 16,000, according to the Department for Health and Social Care.

As of 5pm on 18 April, of those hospitalised in the UK who tested positive for coronavirus, 16,060 have sadly died. pic.twitter.com/sO9IRInBsu

In the U.S., which has more cases than any other nation, another 32,491 new confirmed cases of COVID-19 were reported on Saturday and nearly 1,900 more people infected with the virus died.

In some parts of the country, officials have been encouraged by some slowing signs of growth in the number of deaths and new hospitalizations. In New York, the nation's hardest-hit state, Gov. Andrew Cuomo said Sunday that the state is "on the other side of the plateau." Cuomo said that 507 people died Saturday, down 43 from Friday. 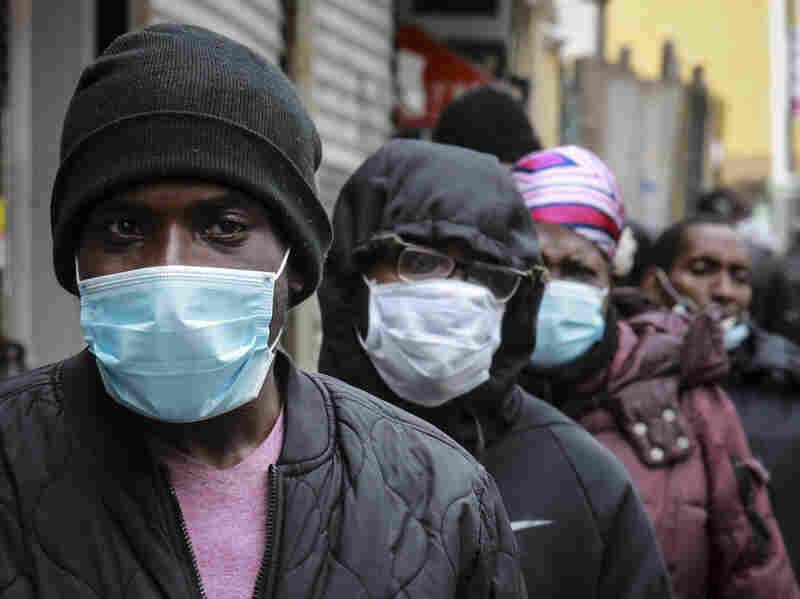 People wait for a distribution of masks and food from the Rev. Al Sharpton in Harlem on Saturday after a new state mandate was issued requiring residents to wear face coverings in public due to COVID-19. Bebeto Matthews/AP hide caption 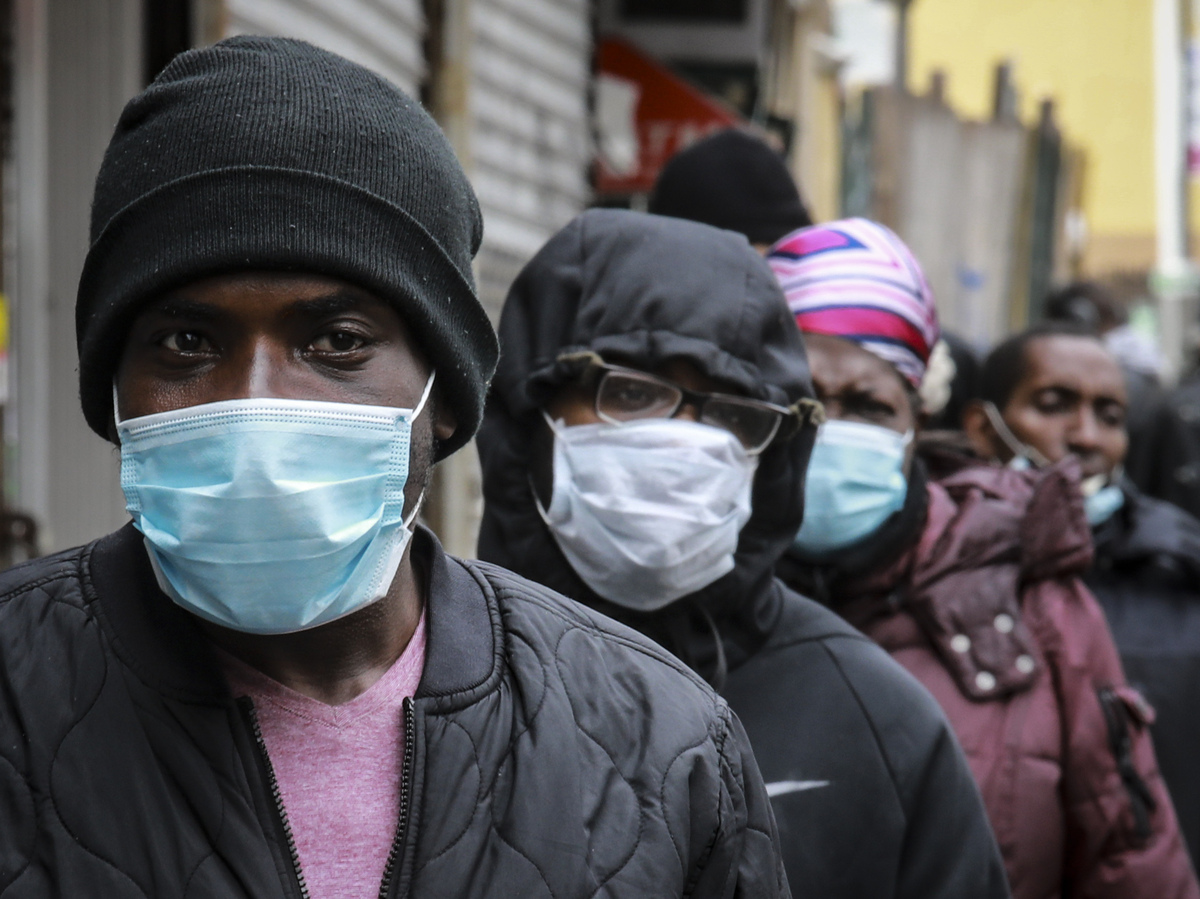 People wait for a distribution of masks and food from the Rev. Al Sharpton in Harlem on Saturday after a new state mandate was issued requiring residents to wear face coverings in public due to COVID-19.

Still, as the number of coronavirus cases continues to mount nationally, President Trump has made clear in recent days his eagerness to reopen the U.S. economy. Some U.S. governors are gradually easing social-distancing restrictions, as is the case in Florida, where some beaches have reopened.

In Maryland, where COVID-19 deaths have spiked in the last week, hundreds of citizens protested coronavirus restrictions this weekend in Annapolis, the state capital. Similar scenes have played out across the U.S., as people protested in Michigan, Minnesota, Utah and Oregon.

As of Sunday afternoon, more than 40,400 American lives have been claimed in the pandemic, according to the Johns Hopkins data. Worldwide, more than 164,000 people have died as a result of the coronavirus. Of those infected globally, more than 611,791 have recovered.