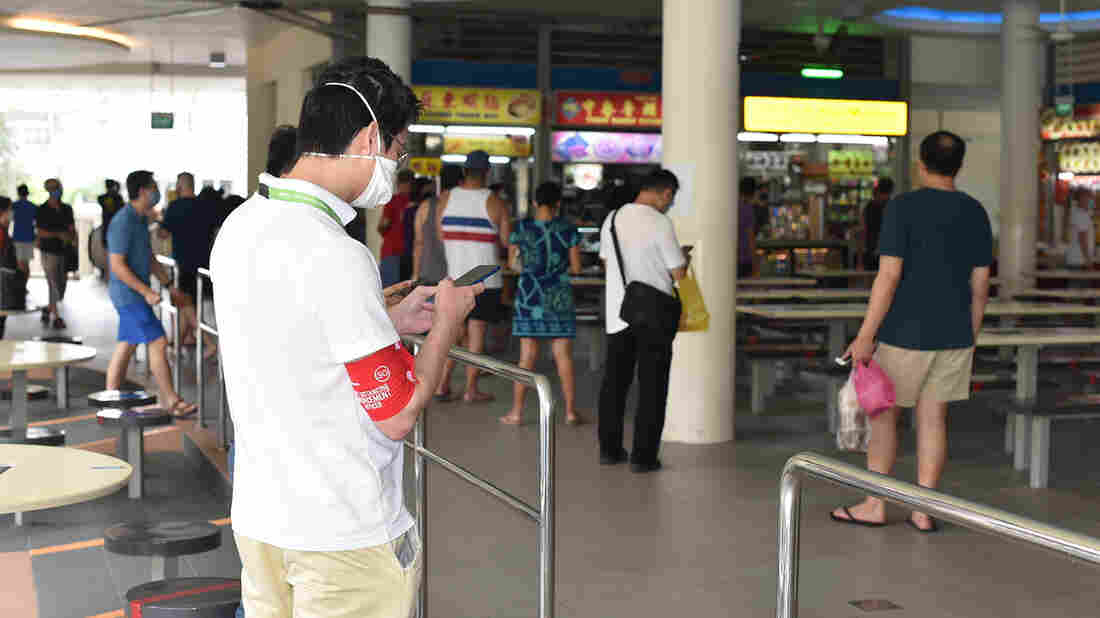 A safe-distancing enforcement officer wearing a red armband checks his phone at a food court in Singapore on Saturday. The officers have been deployed to ensure people maintain distance from one another, as Singapore grapples with a spike in coronavirus cases. YK Chan/AP hide caption 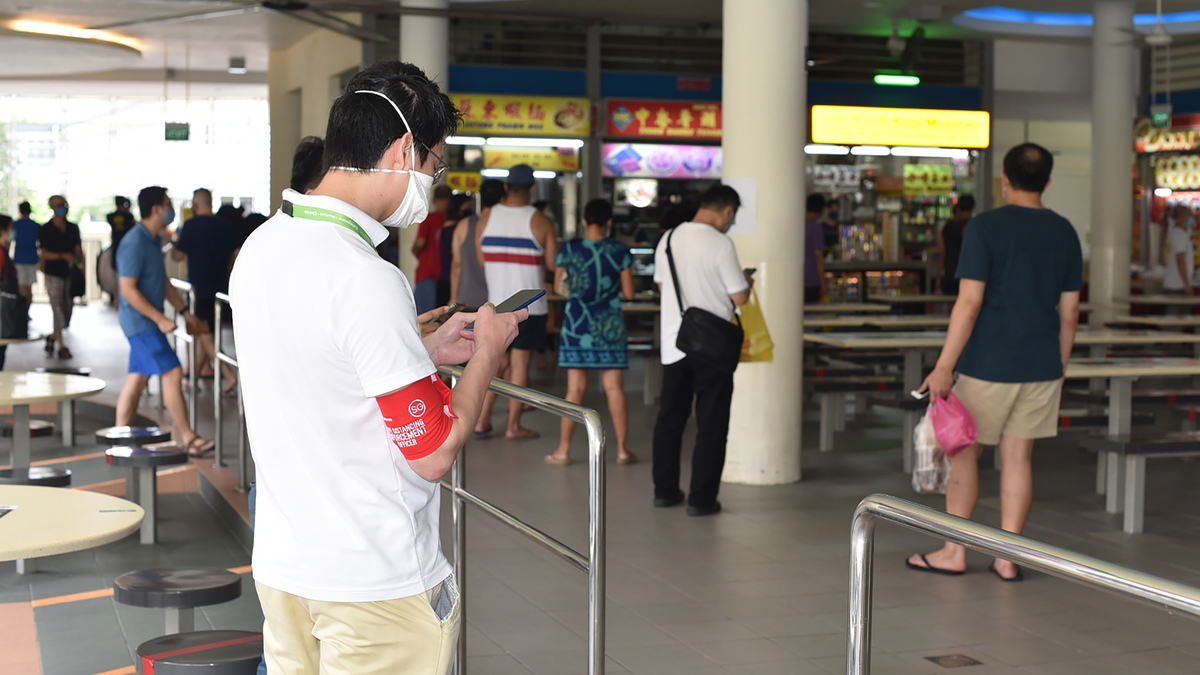 A safe-distancing enforcement officer wearing a red armband checks his phone at a food court in Singapore on Saturday. The officers have been deployed to ensure people maintain distance from one another, as Singapore grapples with a spike in coronavirus cases.

Singapore today recorded 1,426 new COVID-19 infections, bringing its total to more than 8,000 in a population of nearly 6 million people. It now has the highest number of reported cases in Southeast Asia.

A little over a month ago, the prosperous city-state won praise as a model of how to control the spread of the virus without lockdowns. Mass testing, quick hospitalization of those infected, aggressive tracing and quarantining of those in contact with infected people helped keep numbers down.

In mid-March, infections started increasing. The city responded by tightening entry restrictions and imposed a partial lockdown and strict edicts on social distancing.

While the number of infections among Singaporean citizens or residents remains low, there has been a surge in transmission among foreign workers over the past two weeks.

Last week, authorities announced they would put all dormitories housing foreign workers — some 300,000 people, mostly from Bangladesh, China and India — under near-total lockdown. In the days that followed, Singapore reported 728 new cases —almost all of them migrant workers.

Over the weekend, the numbers kept climbing. Among the cases reported Monday, 18 are Singaporeans or permanent residents, according to Reuters.

Social distancing is a challenge in the dorms, which can sometimes jam more than a dozen men per room, sharing a kitchen and toilet.

In a Facebook post, Prime Minister Lee Hsien Loong wrote that Singapore needs time to "break the chain of transmission" in the dorms. "Fortunately, the vast majority of the cases are mild, because the workers are young," he wrote.

Singapore has recorded 11 deaths from COVID-19 so far, fewer than almost every other Southeast Asian country, except Laos and Vietnam.

In one of the wealthiest per-capita nations in the world, many of Singapore's citizens and businesses employ foreign workers for jobs that most Singaporeans won't do. Indonesian, Malaysian and Philippine maids have been working there for decades; they stay with their employers.

It's mostly migrant men, working in construction or other low-paying, manual labor jobs, who stay in the dorms. Lee wrote that those who are ill would be taken care of.