Accessibility links
Shake Shack Returns $10 Million Loan To U.S. Program For Small Businesses : Coronavirus Updates The burger chain and other large businesses were able to get the money because the program covers any company with fewer than 500 workers in a single location. 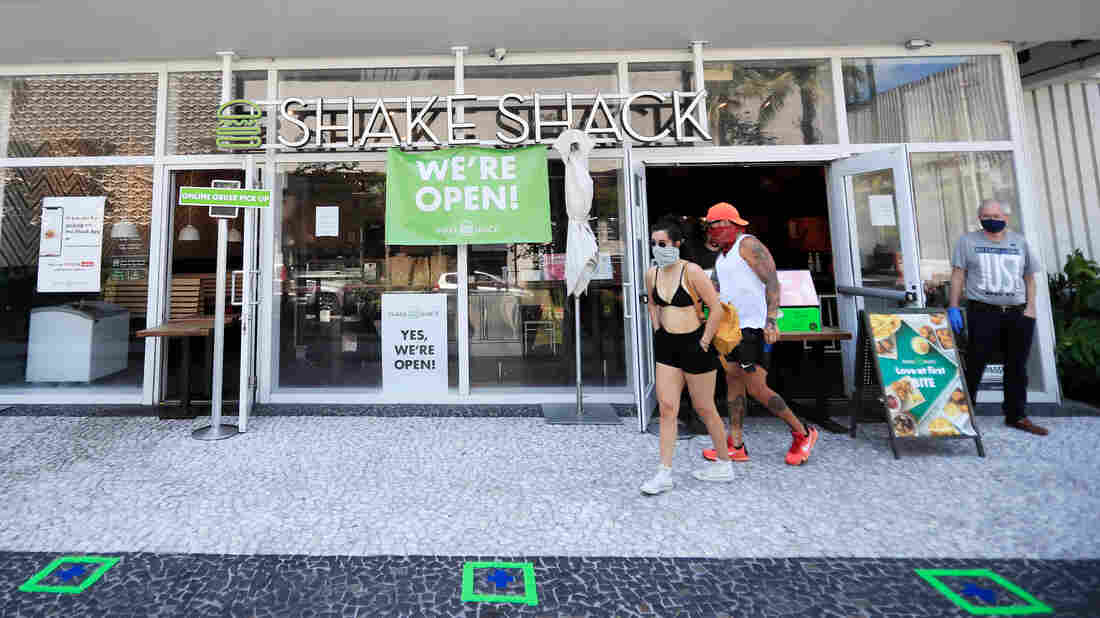 Shake Shack is returning a $10 million loan to the Small Business Administration, saying the money should go to restaurants that need it more. Here, customers wait for to-go orders outside a Shake Shack in Miami Beach, Fla. Cliff Hawkins/Getty Images hide caption 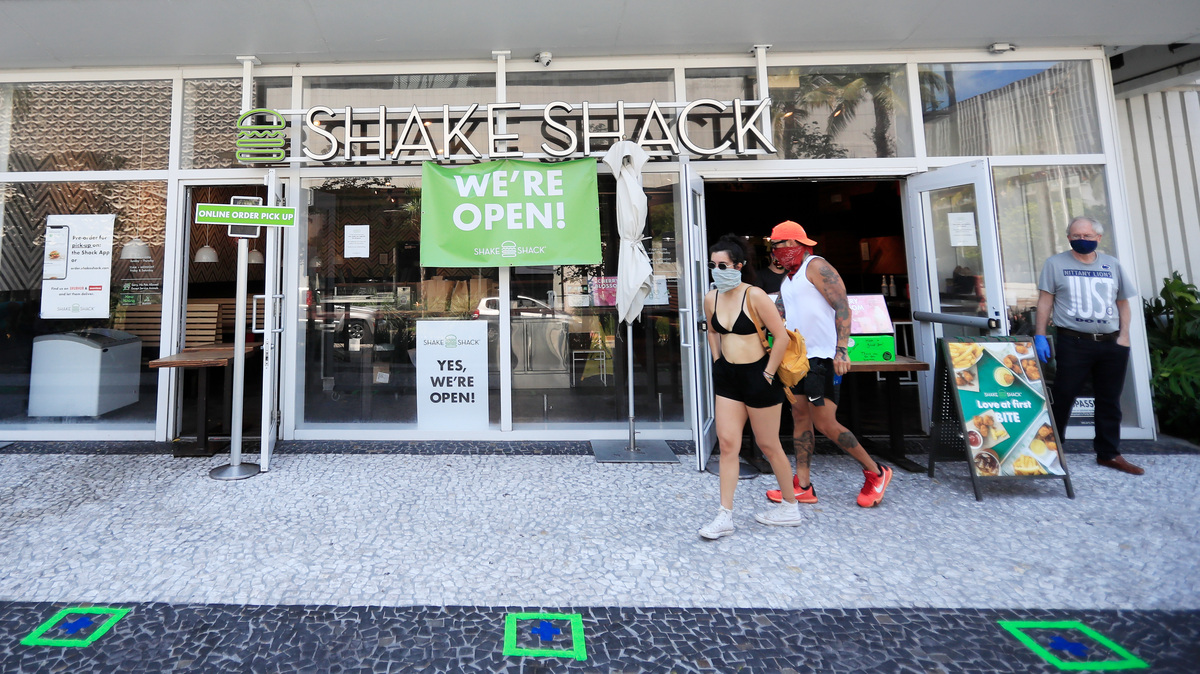 Shake Shack is returning a $10 million loan to the Small Business Administration, saying the money should go to restaurants that need it more. Here, customers wait for to-go orders outside a Shake Shack in Miami Beach, Fla.

Shake Shack is returning a $10 million federal loan after the Paycheck Protection Program that was meant to help small businesses ran out of money in less than two weeks of operation. The burger chain and other large businesses were able to get the money because the program covers any company with fewer than 500 workers in a single location.

"Few, if any restaurants in America employ more than 500 people per location," Shake Shack CEO Randy Garutti wrote in a statement early Monday morning. "That meant that Shake Shack — with roughly 45 employees per restaurant — could and should apply to protect as many of our employees' jobs as possible."

But now, the New York-based company will "immediately return the entire $10 million PPP loan we received last week to the SBA so that those restaurants who need it most can get it now," Garutti said.

Shake Shack employs nearly 8,000 people at its 189 U.S. restaurants, but only around 45 in each location. Its revenue for the first quarter of 2020 was $143 million, reflecting a sharp drop in same-store sales compared to March of 2019. The company, which has $104 million in cash and liquid assets, says it has secured other loans to cover the money that would have come from the SBA.

As Garutti announced the return of the loan, he also critiqued the PPP system, calling it "extremely confusing."

Listing ways to improve the system, Garutti said the government should begin with adding more money.

"It's inexcusable to leave restaurants out because no one told them to get in line by the time the funding dried up," he said.

The PPP system should also link each restaurant to a local bank, he said, adding, "Too many restaurants have been left out of the program simply because they lacked a pre-existing banking or loan relationship."

The PPP loan program is set to run through June 30 — a time frame that Garutti says is too arbitrary.

Noting the different COVID-19 peak times and infection rates that are being seen in different parts of the U.S., Garutti said a better plan would be to require businesses to rehire a percentage of their employees within six months of when their local economies are finally reopened.

A number of publicly traded companies are benefiting from the federal loan program, which essentially offers free money to companies during the coronavirus crisis: The loans are forgiven if borrowers spend most of the funds on payroll and retaining employees. Other high-profile loan recipients range from Ruth's Chris Steak House to Potbelly Sandwich Shop. But many independently owned businesses said they were left out after the relief program hit its $349 billion cap late last week.

Most of the PPP loans (74%) were for less than $150,000, according to the Small Business Administration. But that represents only 17% of the total money disbursed through the program. Nearly 28% of the money was awarded to companies seeking loans of $2 million or more.

The food service and accommodation industry accounted for roughly 9% of all approved PPP funds — $30.5 billion. The leading sector was construction (13%), which accounted for some $45 billion.