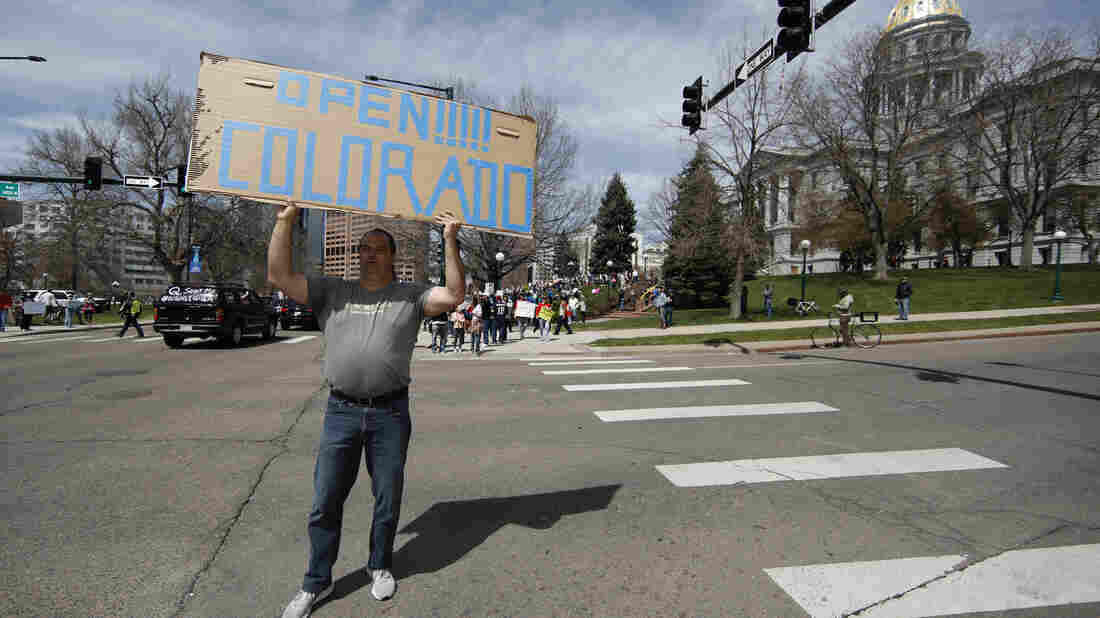 A protester waves a placard during a car protest against the stay-at-home order issued by Colorado Gov. Jared Polis to stem the spread of the new coronavirus on April 19 in Denver. David Zalubowski/AP hide caption 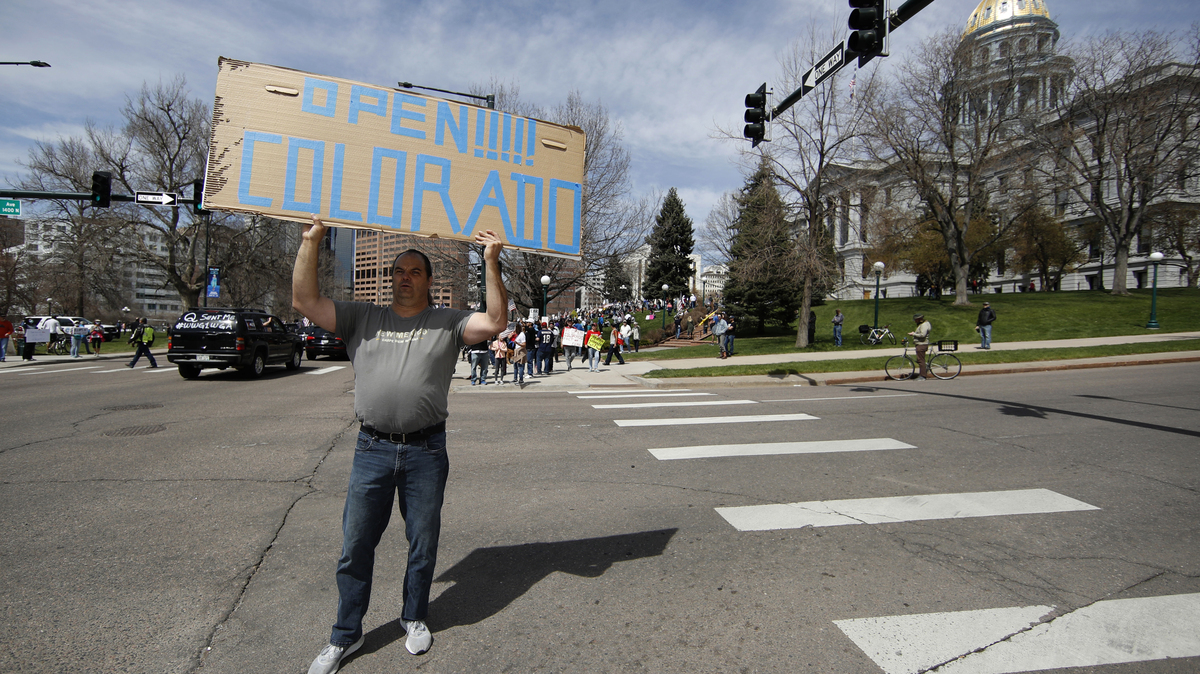 A protester waves a placard during a car protest against the stay-at-home order issued by Colorado Gov. Jared Polis to stem the spread of the new coronavirus on April 19 in Denver.

Frustration with stay-at-home orders is mounting in many parts of the country. In Colorado, protesters gathered Sunday afternoon on a hillside in front of the state capitol in Denver.

Polling shows a majority of Americans support stay-at-home orders to slow the coronavirus pandemic. Still, protesters have begun to gather in state capitals around the country, often in violation of those orders — urging governors in Maryland, Michigan, Washington and elsewhere to roll back social-distancing measures.

President Trump has expressed support for the protests, saying the governors of some states have gone "too far." And they've been helped and encouraged by some of the same powerful conservative organizations that played a big role in the rise of the Tea Party a decade ago.

"They're sending cues to local activists that now's a good time to get out there and make a fuss," said Theda Skocpol, a professor at Harvard University and the co-author of a new book Upending American Politics.

The anger and frustration behind the protests are real, Skocpol says. But they're also being orchestrated at the national level by conservative groups that are pushing to reopen the economy as soon as possible.

"Right now, this is pretty engineered and pretty intended to create a media spectacle," Skocpol said. "It's not some kind of organic wave."

The new wave of protests does "share the same DNA as the Tea Party," said Adam Brandon, the president of FreedomWorks, a conservative group that has been advising the local activists behind these events. "We're in touch with them, giving them advice, sometimes support, helping them promote," Brandon said in an interview.

Governors in hard-hit states say they're also frustrated by the economic toll of the coronavirus response. Still, they're wary of returning to business as usual too quickly out of concern that the number of cases would quickly start to rise again, overwhelming hospitals.

But the protesters and their backers say it's time to talk about how the U.S. can live with the coronavirus.

"The most at-risk populations we need to take care of," Brandon said. "But we should start looking at different ways to get healthy people who are at low risk back to work."