Accessibility links
Anti-Quarantine Protest Draws Crowd In Harrisburg, Pa., But Gov. Keeps Stay-Home Plan : Coronavirus Updates Gov. Tom Wolf announced the business shutdowns would be extended until until May 8. They were due to lift on April 30. He did ease the limits a bit, including on the construction industry. 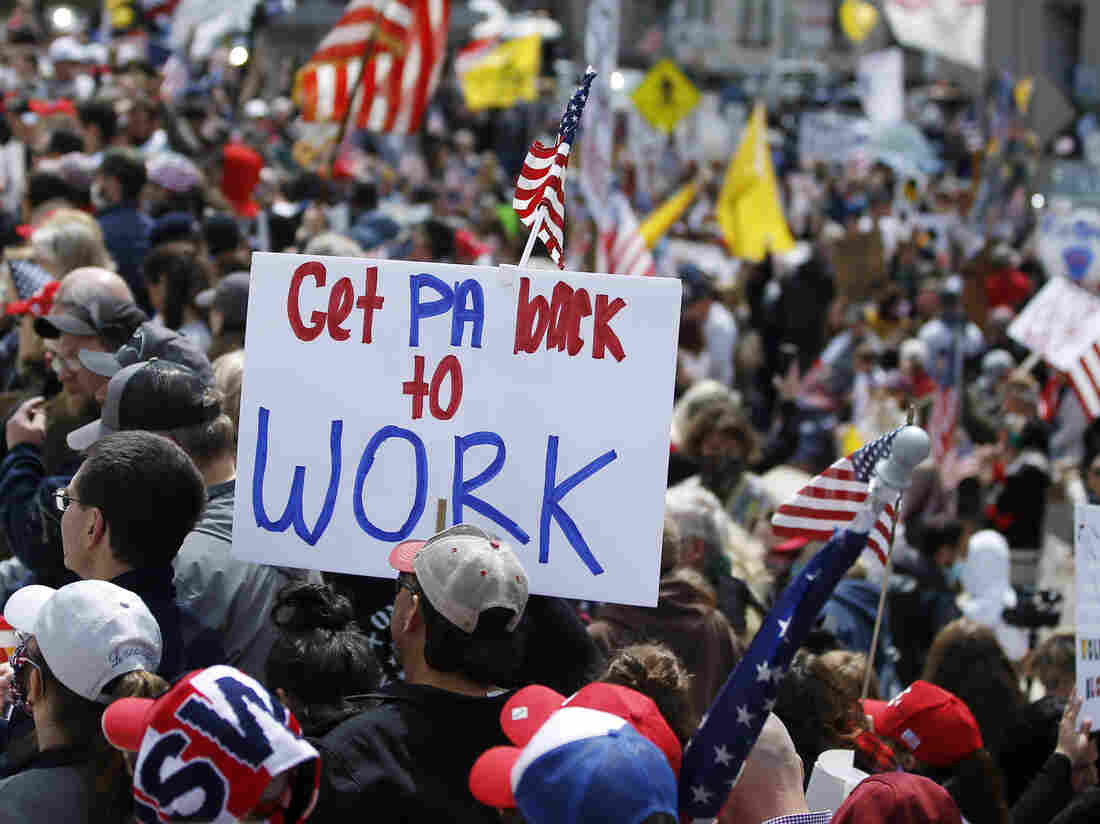 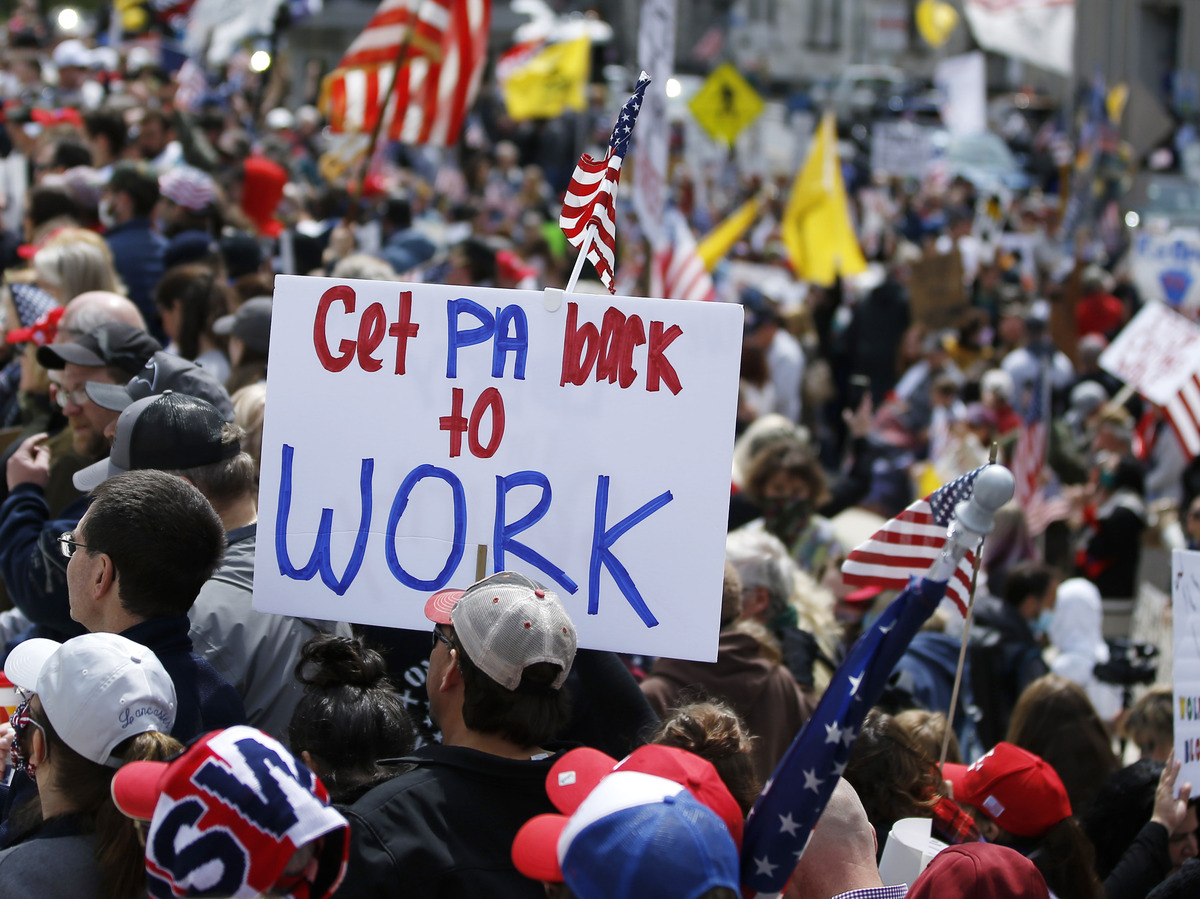 A large crowd of demonstrators gathered in Harrisburg, Pa., Monday, honking horns, carrying signs and waving American flags near the state capitol as part of a backlash against social-distancing orders to control the spread of the coronavirus. A counterprotest drew a smaller crowd.

Hours after the protesters dispersed, Gov. Tom Wolf, a Democrat, announced he was lengthening the state's stay-at-home order until May 8. The order was previously set to expire on April 30.

Some demonstrators were dubious about how widespread the virus is and suggested the stay-at-home order amounted to government overreach.

"All the projections were wrong, but we are still telling people to stay home and businesses to close," Mark Cooper, a retired truck driver, told Reuters. "This is not quarantine, this is tyranny."

One local outlet said a small group of medical workers staged a counterprotest.

"The small group of health care workers told people participating in the larger rally to go home to keep their loved ones safe. But they made their point from a distance," the PA Post reported.

CNN correspondent Miguel Marquez tweeted videos from the protest showing armed demonstrators gathered in the back of a truck painted in camouflage paint pattern. Those protesters were reportedly "all independent," according to Marquez.

Contingent of heavily armed individuals in back of an old military vehicle just showed up. They said they’re all independent. No affiliation. pic.twitter.com/Y8GMcN12eG

On the same day Wolf announced, despite the extension of the stay-at-home orders, he would ease some restrictions on the state economy.

He signed an executive order Monday allowing online sales of vehicles, curbside pickup of wine and spirits at certain Pennsylvania Liquor Control Board locations and restarting of the construction sector effective on May 8.

Pennsylvania has more than 33,000 confirmed COVID-19 cases and more than 1,200 deaths, according to the state's Department of Health.

The Harrisburg demonstration comes on the heels of the large rallies held over the weekend in states including Colorado, Washington state and California.

Some demonstrators argue the business closures are causing more harm to Americans lives than the virus and call on officials to allow residents to go back to work.