Accessibility links
Federal Judge Orders ICE To Consider Releasing Detainees At High Risk For COVID-19 : Coronavirus Live Updates The order directs ICE to identify all detainees with "risk factors" if exposed to the coronavirus and to reassess the terms of their custody. ICE must complete the review within 10 days. 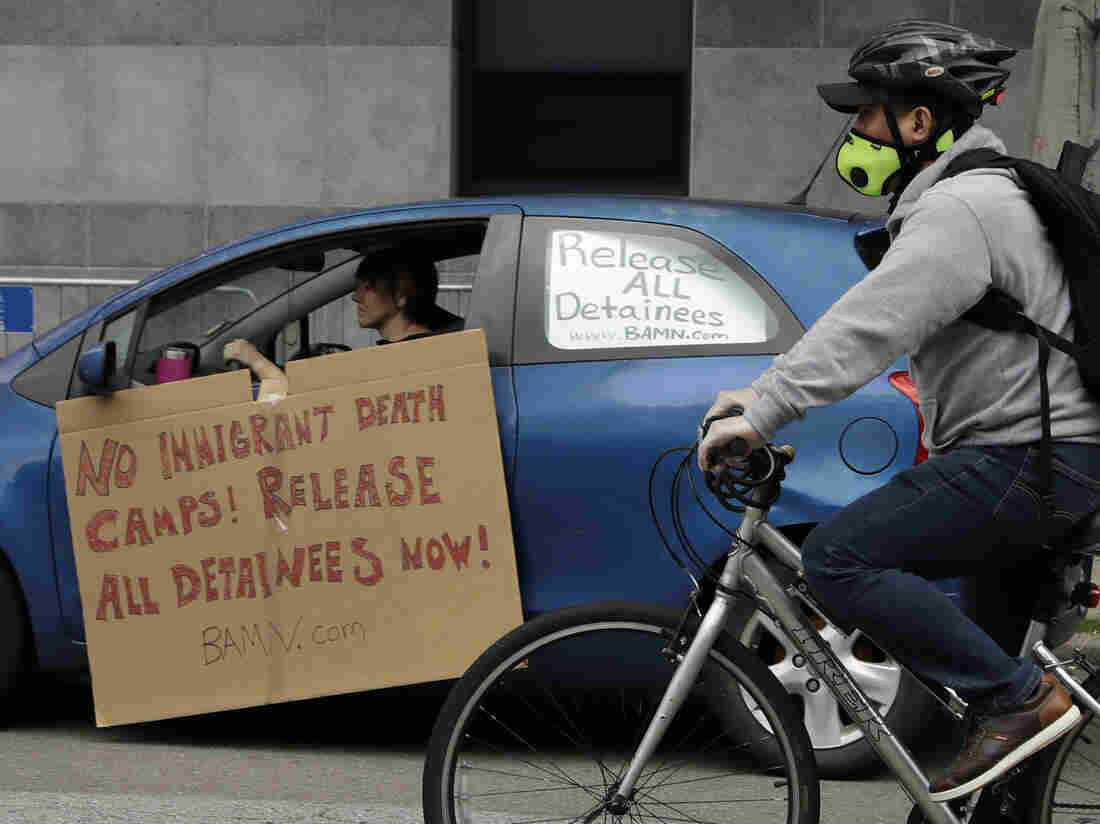 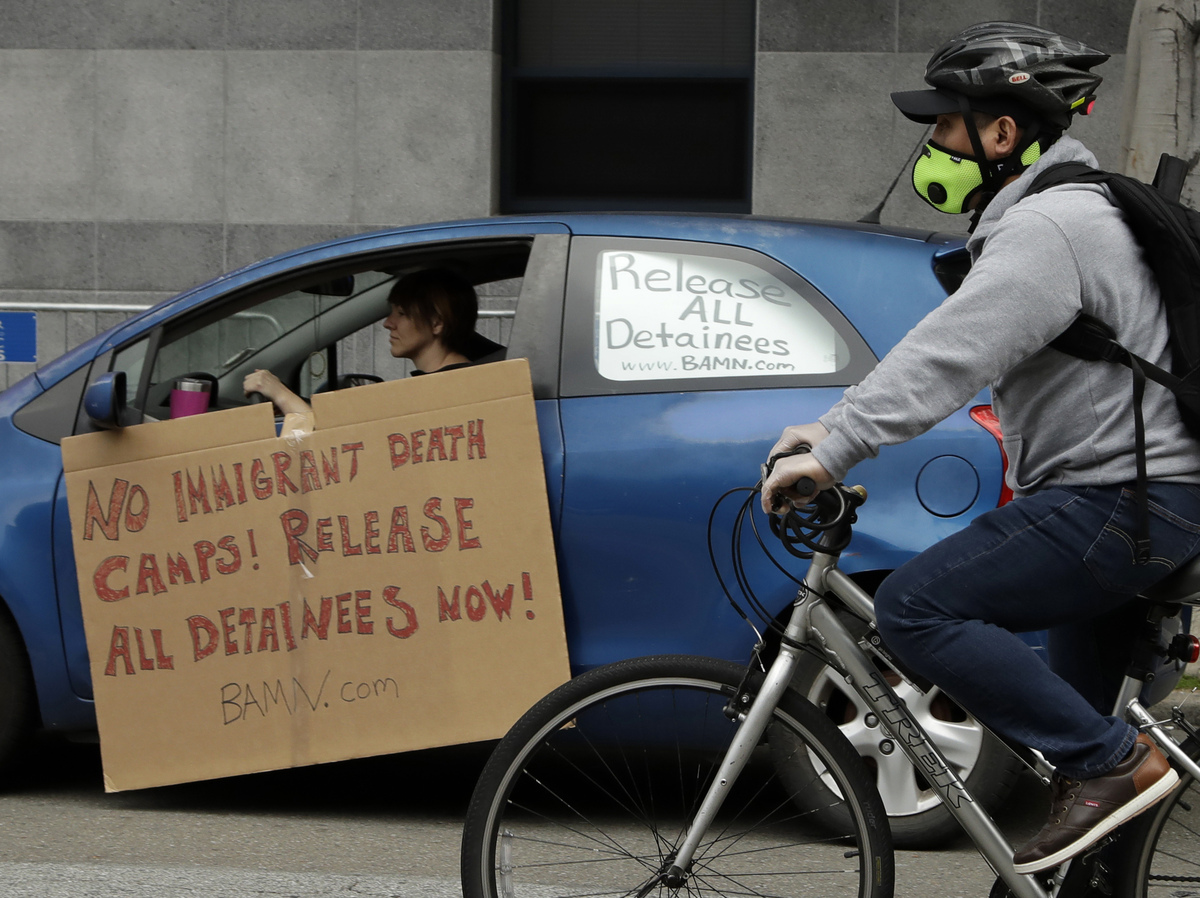 A masked cyclist passes a motorist protesting in a vehicle at a U.S. Immigration and Customs Enforcement field office last month in San Francisco.

A federal judge in California on Monday ordered U.S. Immigration and Customs Enforcement to "identify and track" every person in ICE detention at an elevated risk of complications from COVID-19 and to consider releasing those detainees, regardless of their legal status.

Risk factors identified by the court include pregnant women, people older than 55 and those with chronic health conditions.

In his opinion, U.S. District Judge Jesus Bernal wrote that ICE has "likely exhibited callous indifference to the safety and wellbeing of [detained immigrants at risk.] The evidence suggests systemwide inaction that goes beyond a mere 'difference of medical opinion or negligence.' "

The preliminary injunction orders ICE to "identify and track" detainees with risk factors within 10 days, or within five days of being placed in custody. The judge ordered the agency to implement increased precautions to protect against infection in line with CDC standards, and to consider release of high-risk detainees.

The agency has been criticized during the pandemic for not taking greater measures to slow the spread of the virus in detention centers. On its website, ICE says it has "evaluated its detained population based upon the CDC's guidance for people who might be at higher risk for severe illness as a result of COVID-19 to determine whether continued detention was appropriate.

"Of this population, ICE has released nearly 700 individuals. ... This same methodology is currently being applied to other potentially vulnerable populations currently in custody and while making custody determinations for all new arrests."