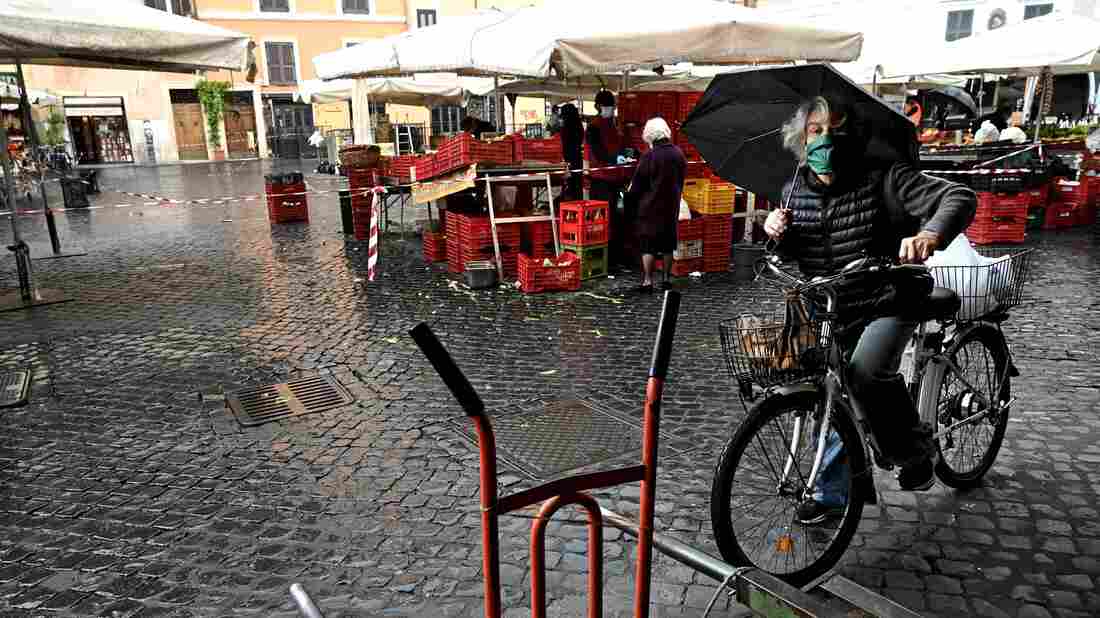 Nearly 49,000 people have now recovered from COVID-19 in Italy, which is reporting its first overall drop in positive cases since February. Here, a woman gets on her bicycle after shopping in Rome. Vincenzo Pinto/AFP via Getty Images hide caption 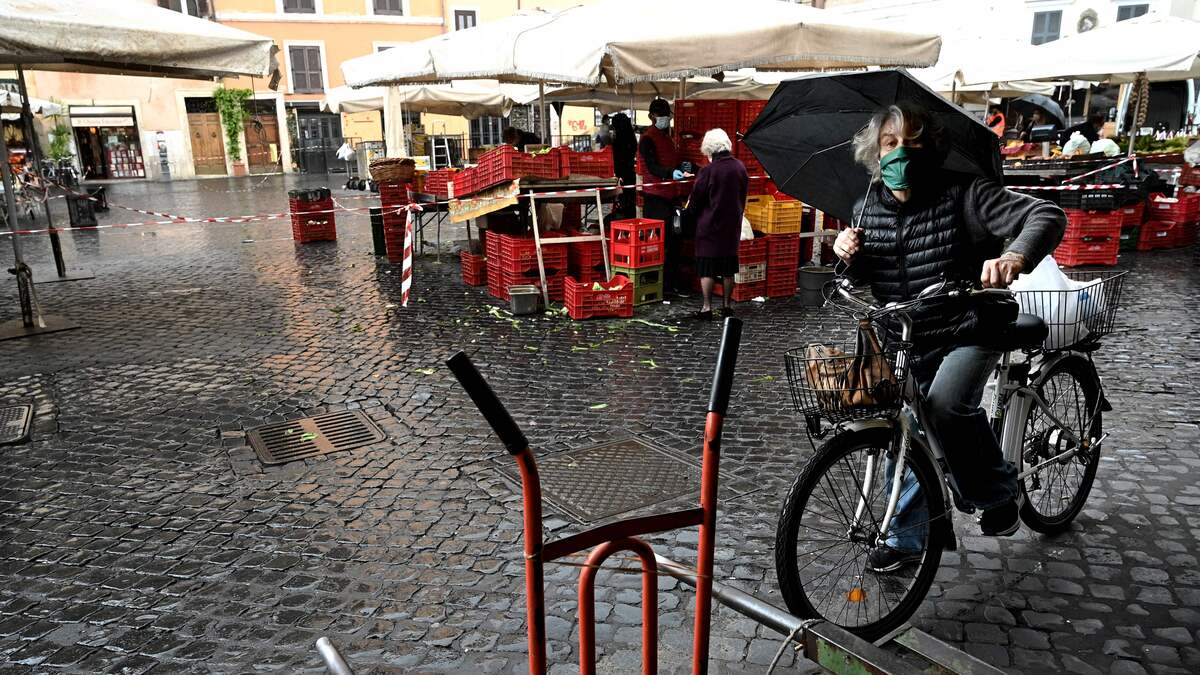 Nearly 49,000 people have now recovered from COVID-19 in Italy, which is reporting its first overall drop in positive cases since February. Here, a woman gets on her bicycle after shopping in Rome.

Italy is seeing signs of progress in its fight against COVID-19, as health officials report a drop in active coronavirus cases for the first time since February. The decrease was small — a difference of just 20 cases — but it accompanied the lowest number of new coronavirus cases in more than a month.

The total number of people reported to have contracted the virus as of late Monday was 181,228, Italy's Civil Protection Agency said. Of that number, 108,237 people were still testing positive — 20 fewer than the day before.

"This gives us the strength to go forward," Italy's extraordinary commissioner for the COVID-19 emergency, Domenico Arcuri, said on Tuesday, according to The Associated Press.

Other key metrics also improved: Italy had 127 fewer COVID-19 patients in hospitals as of Monday, and 62 fewer people were in intensive care units. In addition, 1,822 people recovered from the coronavirus, swelling that number to nearly 49,000.

Italy's population is equal to about 19% of the U.S. total: around 62 million people, according to the most recent CIA World Factbook data.

The positive news comes as millions of Italians continue to live under lockdown conditions that will remain in place through at least May 3. Some stores, including bookstores and shops selling baby supplies, were allowed to reopen last week.

Prime Minister Giuseppe Conte said on Tuesday that he will likely lay out plans for the next phase of restrictions later this week.