Accessibility links
Record Oil Price Drops Send Stock Markets Diving Too : Coronavirus Live Updates The Dow fell 631 points a day after oil prices turned negative for the first time ever. The drops are the latest market reactions to the global economic downturn caused by the pandemic. 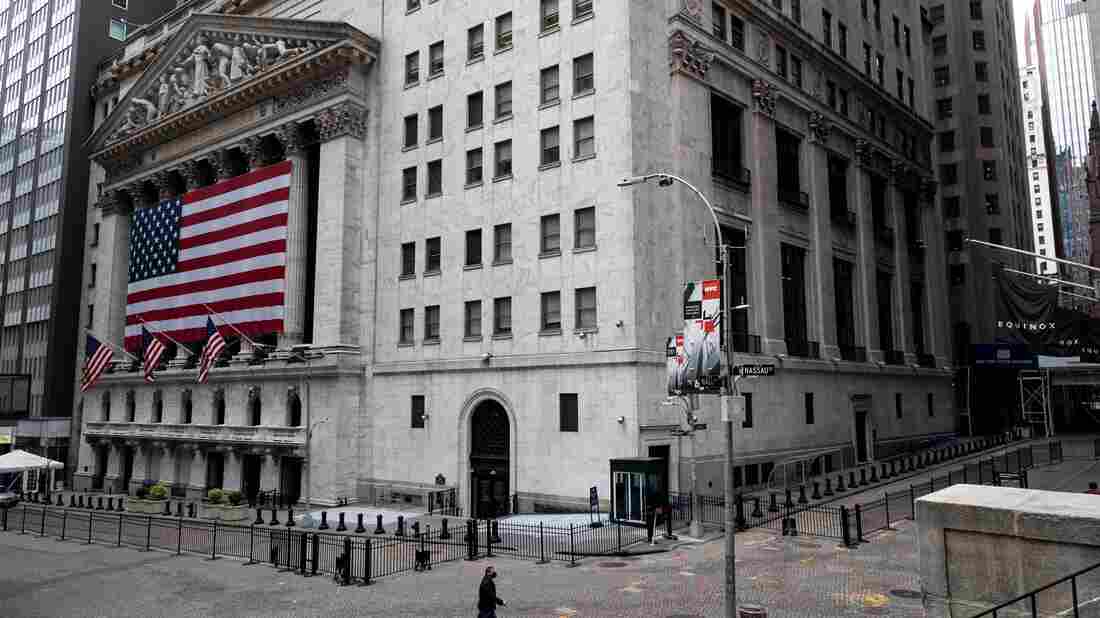 On the now-digital and remote floor of the New York Stock Exchange, oil prices, along with the effects of the coronavirus, have kept stocks down. Johannes Eisele/AFP via Getty Images hide caption 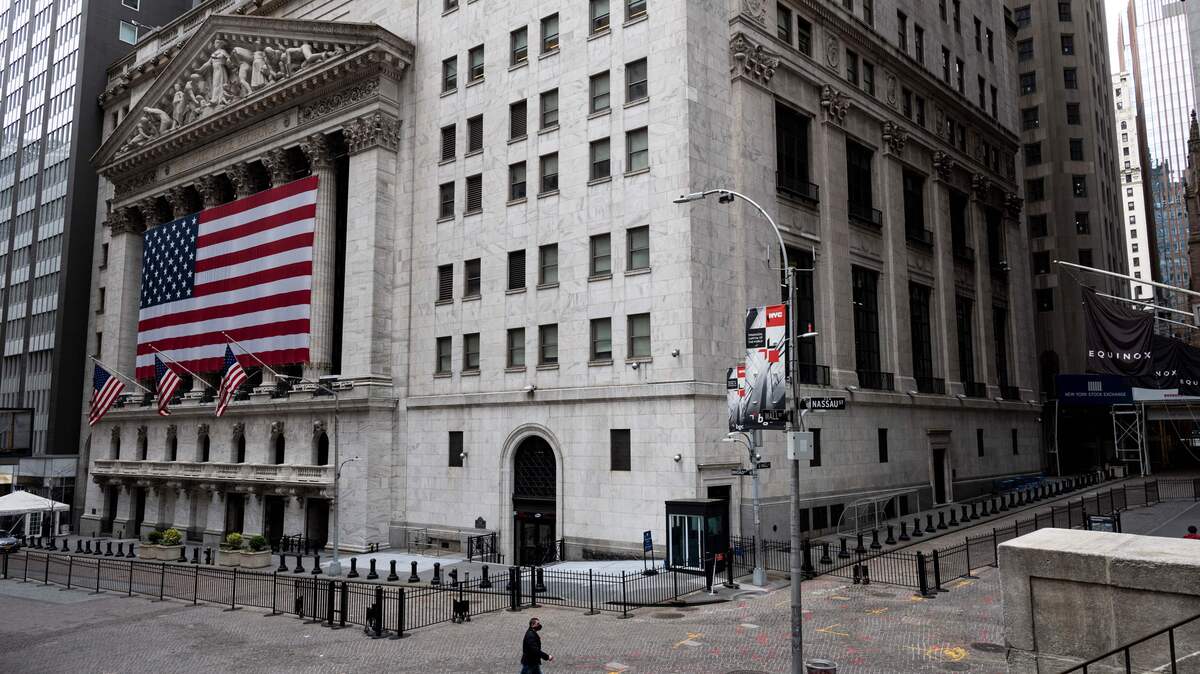 On the now-digital and remote floor of the New York Stock Exchange, oil prices, along with the effects of the coronavirus, have kept stocks down.

A severe oversupply continued to hammer oil prices a day after they turned negative for the first time ever. That sign of crashing demand in the global economy sent stocks indexes down again.

The Dow Jones Industrial Average closed down 631 points Tuesday, a drop of nearly 2.7%, after tumbling 592 points, or 2.4%, a day earlier. The Dow is down 22% from its record high in February.

Stocks have been diving as lockdowns aimed at containing the spread of the coronavirus keep businesses shut. More than 22 million Americans have lost their jobs in the past month, and the numbers are expected to keep rising.

On Monday, U.S. oil prices took an unprecedented dive — falling below zero. West Texas Intermediate, a key U.S. oil benchmark, settled at negative $37.63 for May delivery. That meant that instead of paying to buy oil, some traders were ready to pay to get someone to accept delivery. Simply put, there's too much oil and not enough places to store it.

The devastation in the oil markets continued Tuesday, with the supply glut sending WTI for June delivery down 43% to settle at $11.57 a barrel. Brent crude futures, a global oil benchmark, tumbled 25% to $19 per barrel. Brent is down more than 70% this year.

Gasoline prices have continued to fall too, though fewer Americans are driving much to enjoy the savings. The national average price for regular was $1.81 a gallon on Tuesday, down from $2.15 a month ago, according to AAA.