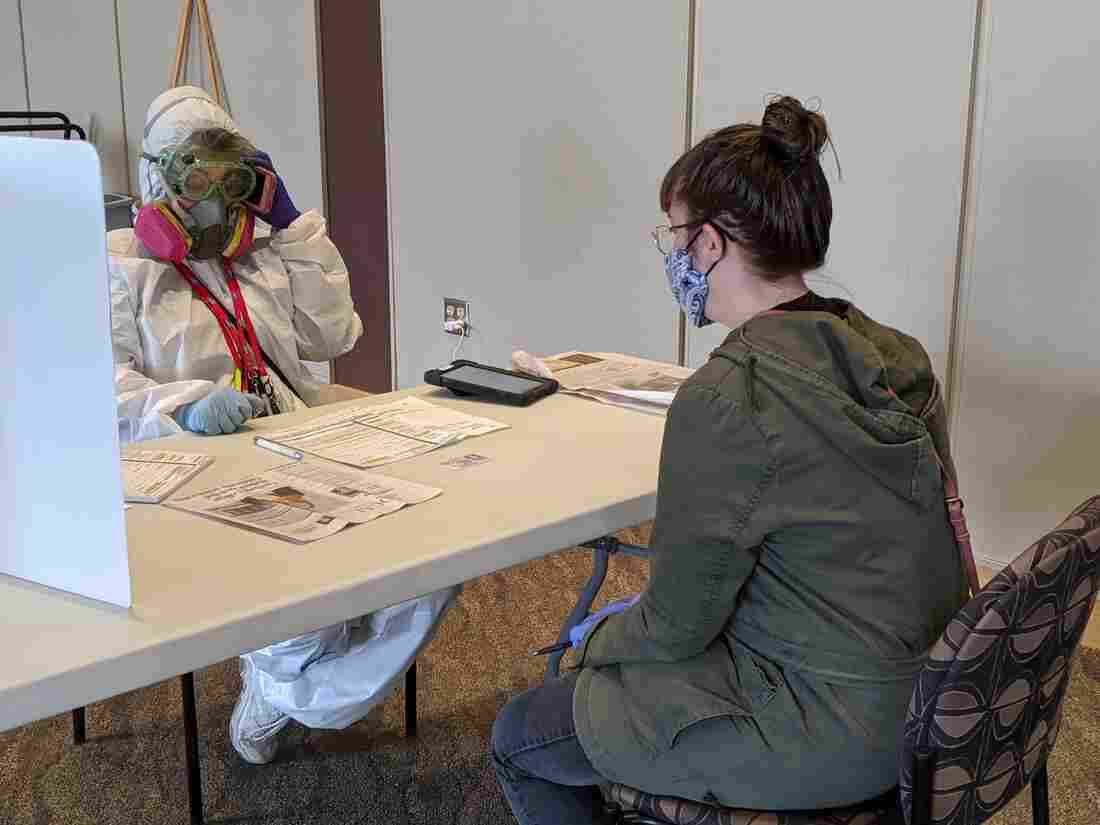 An election official in Kenosha, Wis., with a voter on April 7. Nearby Milwaukee says it's recorded at least seven coronavirus cases related to the state's controversial decision to move forward with in-person voting. Derek R. Henkle/AFP via Getty Images hide caption 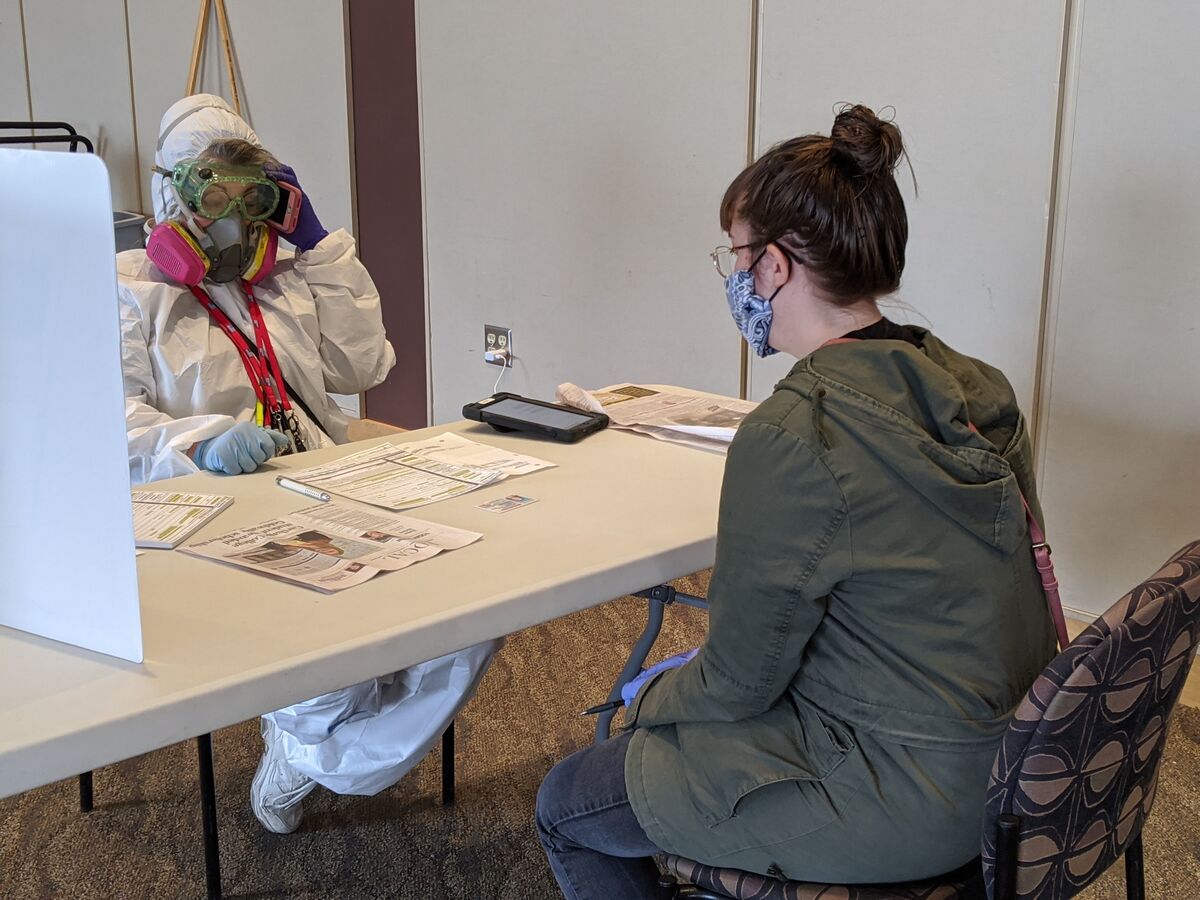 An election official in Kenosha, Wis., with a voter on April 7. Nearby Milwaukee says it's recorded at least seven coronavirus cases related to the state's controversial decision to move forward with in-person voting.

At least seven people may have become infected with the coronavirus as a result of Wisconsin's controversial decision to go forward with in-person voting for its April 7 election, Milwaukee's top public health officer said Monday.

"As of today, we have identified seven individuals that contracted, or at least it appears, COVID-19 through election-related activities," said Jeanette Kowalik, the city's health commissioner.

Six cases were voters and one was a poll worker.

Kowalik's office said it was tracking people who voted in-person or worked as a poll worker when diagnosing new coronavirus cases in the city. The office hopes to have more complete information about new cases potentially tied to the election by Friday or next week.

The city's report follows the 14-day period during which coronavirus symptoms generally emerge.

Around the state, polling places were consolidated, voters waited in long lines and officials devised elaborate DIY measures to protect voters and poll workers from contracting the virus.

Preliminary turnout data suggests that more than two-thirds of voters cast absentee ballots and that overall turnout was in line with past presidential-year elections.

If the Wisconsin election is found to have resulted in a significant number of fresh coronavirus transmissions, it's likely to add fuel to the debate about how to safely conduct the fall ballot.

Congress gave states about $400 million for additional election-related safety measures, but many advocates argue states will need between $2 billion and $4 billion to expand voting by mail and offer safe, early and in-person voting options.

In a tweet, the Wisconsin Democratic Party called the new infections "100% avoidable. But Republicans refused to listen to the science and take this crisis seriously."

This was 100% avoidable. But Republicans refused to listen to the science and take this crisis seriously. https://t.co/KxwKmww2KG

"We have not yet seen indications of an impact from the election," said Andrea Palm, the state Department of Health Services secretary-designee.