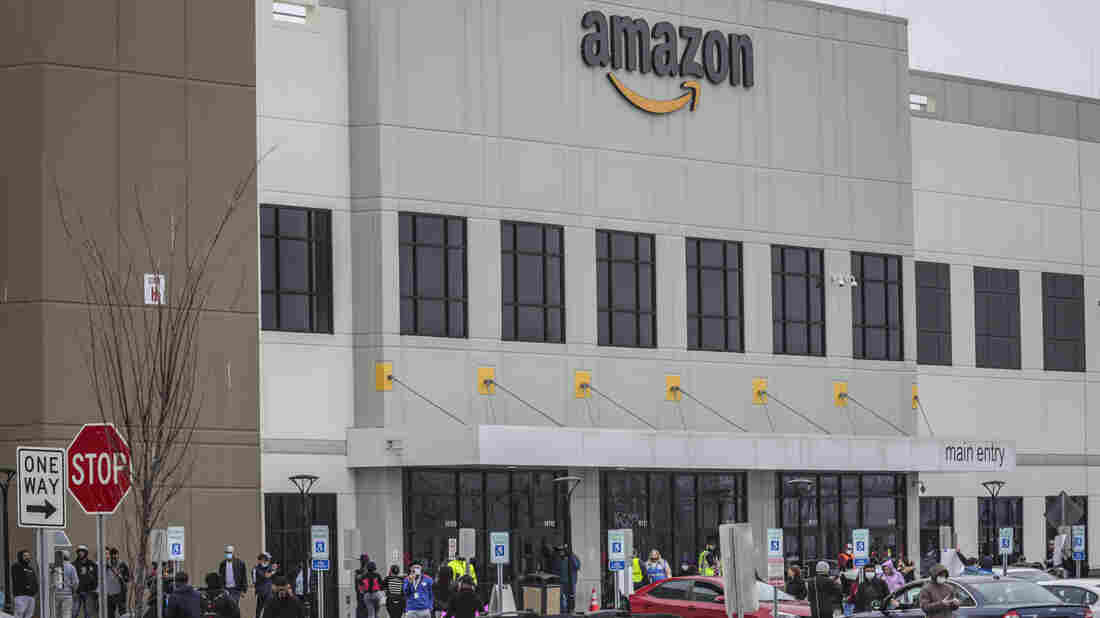 Workers at Amazon's fulfillment center in Staten Island, N.Y., gather outside to protest work conditions on March 30. More protests are being staged around the country this week. Bebeto Matthews/AP hide caption 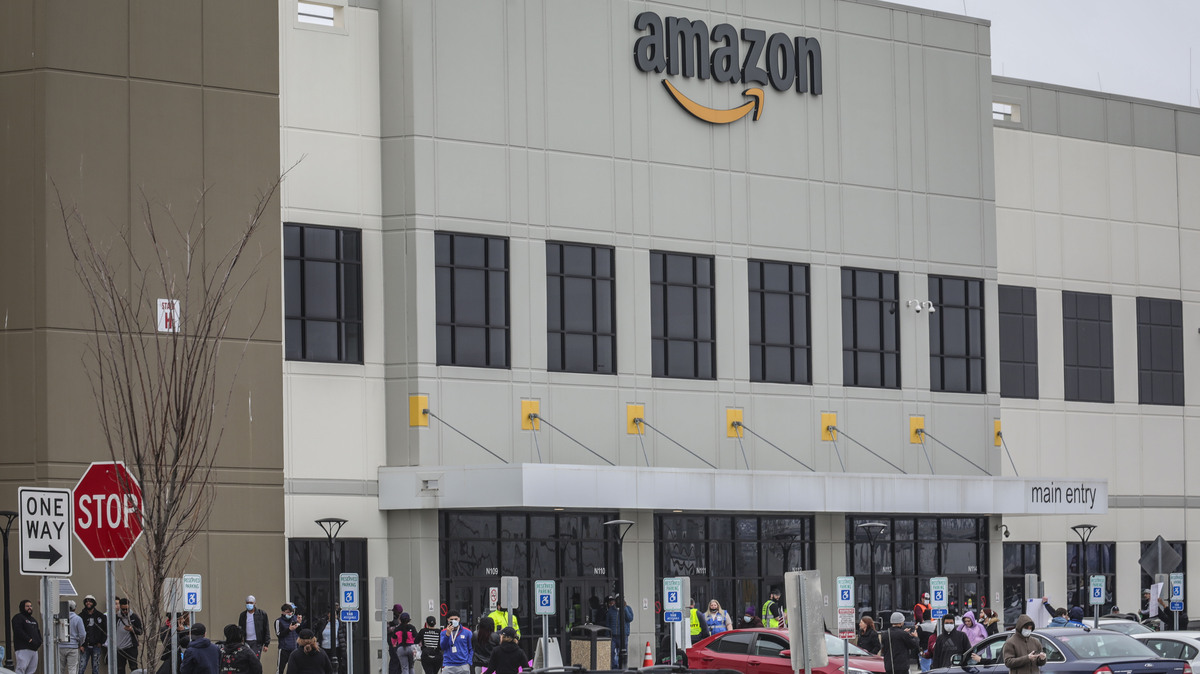 Workers at Amazon's fulfillment center in Staten Island, N.Y., gather outside to protest work conditions on March 30. More protests are being staged around the country this week.

Amazon warehouse workers are staging a nationwide protest against the company, an action that could be the largest yet targeting Amazon's response to the coronavirus pandemic.

According to organizers, more than 350 workers from about 40 warehouses across the country have signed a pledge to call off work this week, starting Tuesday. The workers say Amazon's measures to protect them against the coronavirus or provide them with paid sick leave have so far fallen short.

Amazon, in a statement, maintained that the accusations are unfounded and that it has taken "extreme measures to keep people safe." The company pointed out that it employs 400,000 part-time and full-time workers in the U.S., "the vast majority [of whom] continue to show up and do the heroic work."

Tuesday's protest is the latest wave of action by Amazon warehouse workers, some of whom have previously staged walkouts in New York, Illinois and Michigan. Some corporate Amazon employees are planning their own virtual walkout on Friday, in solidarity with warehouse colleagues and to protest the company's recent firing of several activist workers.

Amazon warehouse workers' demands have been wide-reaching. Some say the retailer should shut down facilities where staff have tested positive for COVID-19. Others point out that many workers still don't receive masks the company promised and that they are worried their coworkers can easily evade the instituted temperature checks. Some warehouse staff want Amazon to ease or eliminate speed quotas to allow more time for hand-washing and other breaks.

One central demand is better access to paid leave. Amazon has extended unlimited unpaid leave for all hourly workers and paid leave for those who are diagnosed with COVID-19 or get placed in quarantine by the company. But some workers have said they've struggled to receive pay after being sent home with a fever.

More than 130 Amazon warehouses have had confirmed coronavirus cases, according to the worker advocacy groups that have helped organize Amazon employees. The groups include Athena coalition, which is focused on Amazon, and United for Respect, which is focused on retail workers.

"Like all businesses grappling with the ongoing coronavirus pandemic, we are working hard to keep employees safe while serving communities and the most vulnerable," Amazon spokeswoman Rachael Lighty said in a statement. "We have taken extreme measures to keep people safe, tripling down on deep cleaning, procuring safety supplies that are available, and changing processes to ensure those in our buildings are keeping safe distances."

Amazon is hiring about 175,000 workers during the coronavirus pandemic and has temporarily increased its pay by $2 per hour.