Accessibility links
Maryland Secures Half A Million Coronavirus Test Kits From South Korea : Coronavirus Live Updates Gov. Larry Hogan, a Republican, announced his state paid $9 million for coronavirus test kits from a South Korean company. "If there were an easier way, we certainly would have taken it," Hogan said. 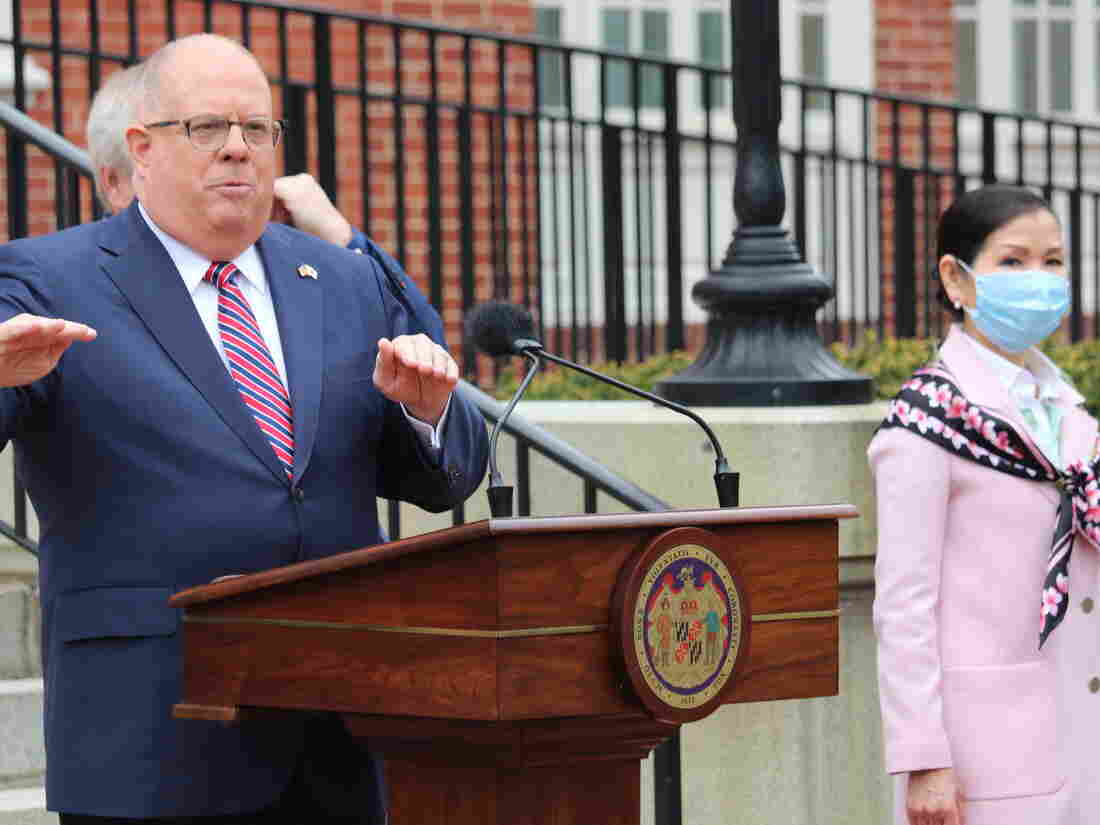 Maryland Gov. Larry Hogan speaks at a news conference on Monday in Annapolis, Md., with his wife, Yumi Hogan (right), where the governor announced Maryland has received a shipment from a South Korean company to boost the state's ability to conduct tests for COVID-19 by 500,000. Brian Witte/AP hide caption 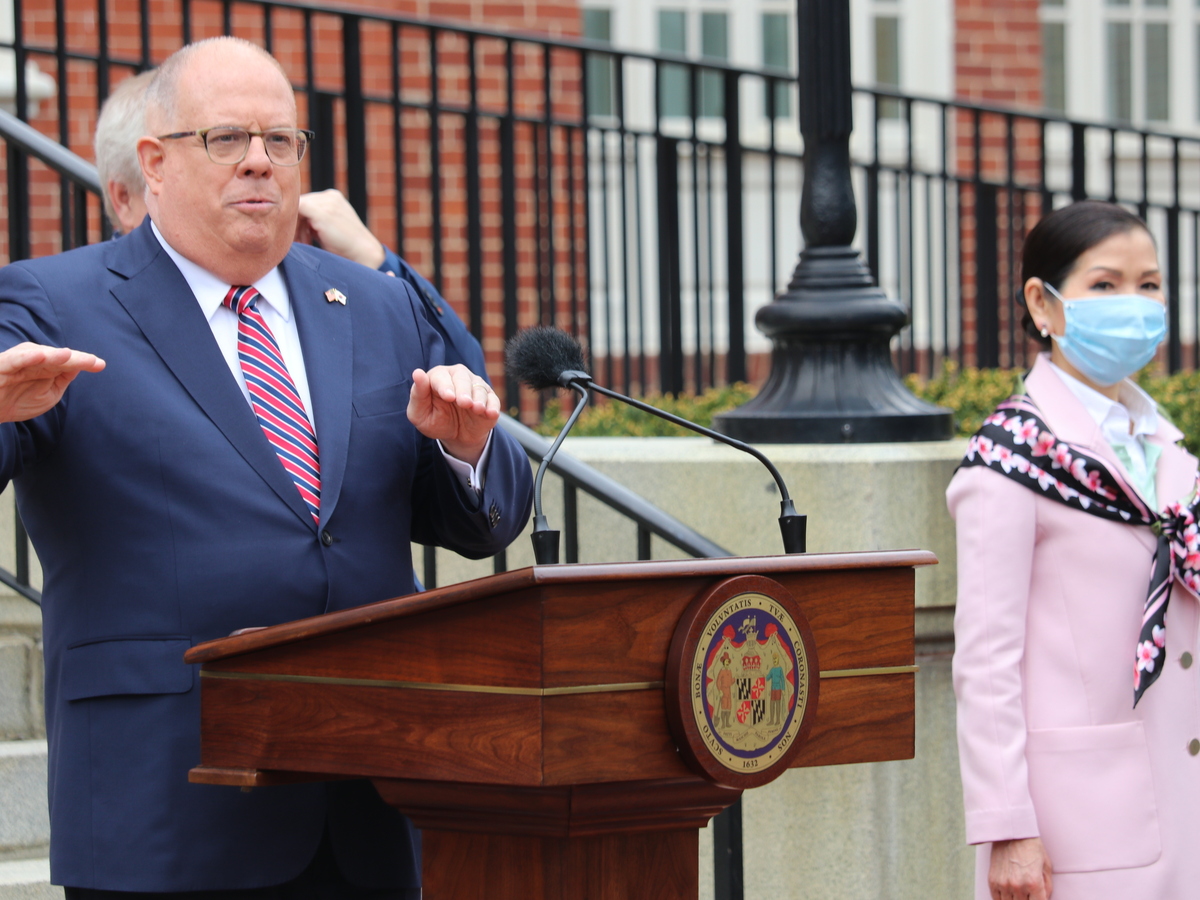 Maryland Gov. Larry Hogan speaks at a news conference on Monday in Annapolis, Md., with his wife, Yumi Hogan (right), where the governor announced Maryland has received a shipment from a South Korean company to boost the state's ability to conduct tests for COVID-19 by 500,000.

Maryland Gov. Larry Hogan is defending his decision to secure half a million coronavirus test kits from South Korea instead of waiting for assistance from the federal government.

The decision to lean on a foreign government has drawn a rebuke from President Trump, who said of Hogan, "I think he needed to get a little knowledge, would've been helpful."

For days, Hogan, a Republican, has expressed frustration with the Trump administration over his state's struggle to obtain more testing equipment.

"If there were an easier way, we certainly would have taken it," Hogan said Tuesday in an interview on MSNBC's Morning Joe. "The president said the governors are on their own and they should focus on getting their own tests, and that's exactly what we did."

"His message changed yesterday, I'm not sure why," Hogan added.

On Monday, Hogan announced that after nearly a month of talks between his administration and South Korean officials, including President Moon Jae-in, Maryland was able to secure a planeload of testing supplies.

The governor called it a "confidential project called Operation Enduring Friendship." He thanked his wife, saying she was "a champion" in the effort. Yumi Hogan was born in South Korea.

Hogan, who leads the National Governors Association, says he and his wife started trying to secure the test kits on March 28 when they reached out to South Korea's ambassador to the United States.

Their efforts culminated with a Korean Air jet arriving at Baltimore/Washington International Thurgood Marshall Airport on April 18 with a delivery from South Korea's LabGenomics.

On Saturday, First Lady Yumi Hogan and I stood on the tarmac at @BWI_Airport to welcome the first ever Korean Air passenger plane, carrying a very important payload of LabGun #COVID19 test kits which will give MD the capability of performing half a million coronavirus tests. pic.twitter.com/Elf0ADIRnJ

In his interview with MSNBC, Hogan pointed to the White House's own guidelines for reopening the economy, which recommend that states see a 14-day downward trajectory of confirmed COVID-19 cases before "proceeding to phased comeback."

But he said that's not possible without sufficient testing.

"States have been competing on the open market and the domestic market and the international market ... throughout this entire crisis. Competing with each other and the federal government," Hogan said.

"I'm not sure it should have been that way, but that's the way it is, it's the way the president said it had to be, so that's what we were operating under," he added.

Trump was asked during his briefing on Monday about Hogan securing the tests, for which Maryland paid $9 million. The president suggested it was an unwise investment.

"He didn't understand too much about what was going on," the president stated. "So now I think he'll be able to do that. It's pretty simple. But they have tremendous capacity and we hope to be able to help him out."

Maryland has more than 14,000 confirmed COVID-19 cases and nearly 600 coronavirus-related deaths, according to the Maryland Department of Health.