Accessibility links
In Greece, 148 Asylum Seekers Test Positive For COVID-19 At Shelter : Coronavirus Live Updates At least 150 people in a shelter have tested positive for COVID-19, says the International Organization for Migration. Most are from Cameroon and the Democratic Republic of the Congo.

In Greece, 148 Asylum Seekers Test Positive For COVID-19 At Shelter

In Greece, 148 Asylum Seekers Test Positive For COVID-19 At Shelter 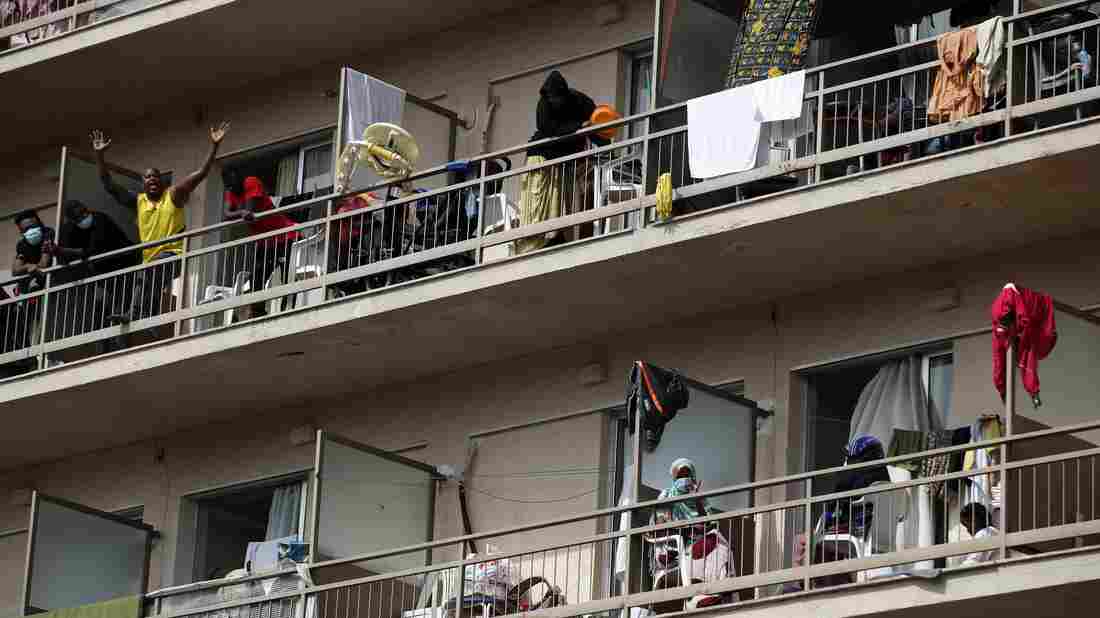 Migrants wave from the their balconies in Kranidi, southern Greece, on Tuesday. Authorities confirmed a high number of COVID-19 infections at the site. Thanassis Stavrakis/AP hide caption 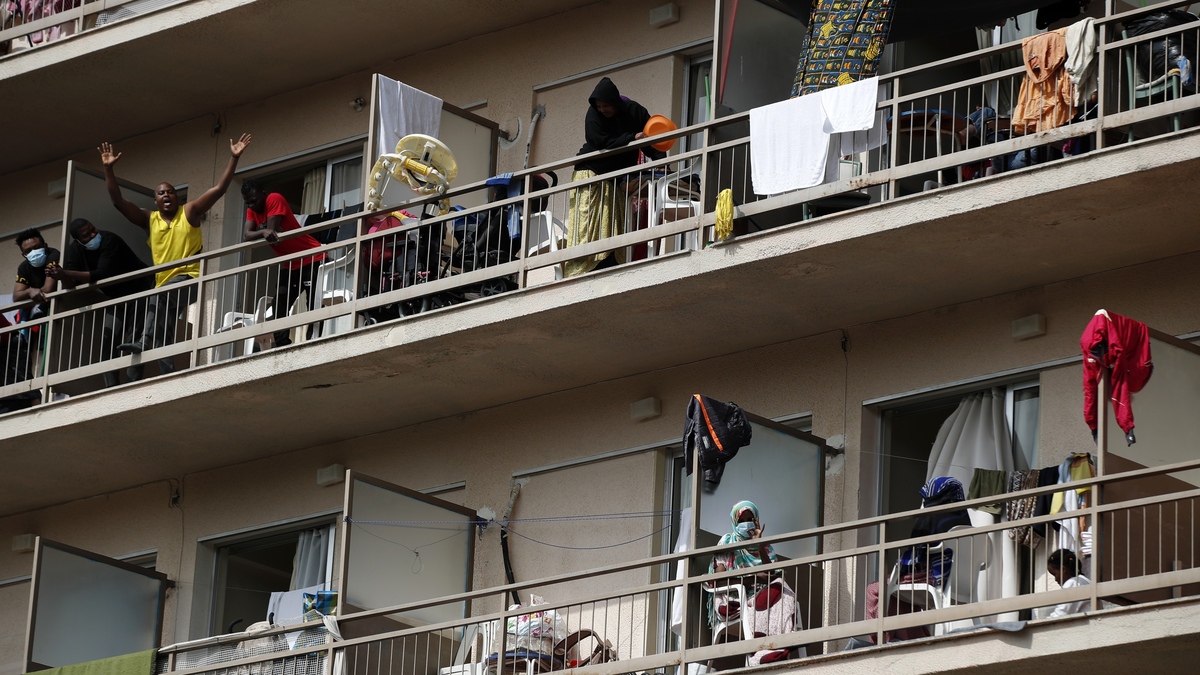 Migrants wave from the their balconies in Kranidi, southern Greece, on Tuesday. Authorities confirmed a high number of COVID-19 infections at the site.

The International Organization for Migration said Tuesday that it was responding to a new COVID-19 outbreak at a third migrant shelter in Greece.

At least 150 people tested positive for COVID-19 at a hotel that's been converted into a migrant shelter in the town of Kranidi, in southern Greece. They include 148 asylum seekers, an aid worker and a hotel employee.

The IOM says 471 asylum seekers live at the facility. Most are single parents from the Democratic Republic of the Congo and Cameroon. The shelter has been quarantined since April 16, when a staff member tested positive for the virus.

In a statement, Gianluca Rocco, IOM's chief of mission in Greece, urged authorities to avoid stigmatizing migrants during the pandemic.

It's "not only harmful to migrants themselves," he said, "but also to society as a whole, and may jeopardize efforts made to prevent or mitigate the spreading of the virus."

Deputy Civil Protection Minister Nikos Hardalias told reporters outside the Kranidi shelter that those who tested positive are not showing symptoms and that the government has taken protective measures to keep the virus from spreading.

"There is no reason for panic," Hardalias said.

Greece has been on strict lockdown since March 23. That's helped keep its COVID-19 infection and mortality rate much lower than in other European countries, including Italy, Spain, France and Britain.

As of Tuesday, there were 2,401 confirmed cases and 121 deaths in Greece. The government announced it would start opening some public services on April 27, and hopes to ease restrictions on movement. If all goes well, it would open the country to tourists sometime this summer.

But human rights groups accuse Greek authorities of ignoring the vulnerability of some 60,000 asylum seekers. There have already been two outbreaks at migrant camps near Athens.

So far, the virus has not hit severely overcrowded camps on Greece's Aegean islands, where water and soap are scarce.

At the Vial refugee camp on the island of Chios, where 5,000 people are crammed into a camp designed for 1,000, protests broke out and parts of the camp were set on fire when a 47-year-old Iraqi asylum-seeker died, after showing what appeared to be symptoms of COVID-19. Greek authorities say she tested negative for the virus.