Accessibility links
U.N. Fears Coronavirus Will Double Population Living In Acute Hunger : Coronavirus Updates Some 135 million people globally lived on the edge of starvation last year. The World Food Program fears the effects of the virus could balloon that number to a staggering 265 million this year. 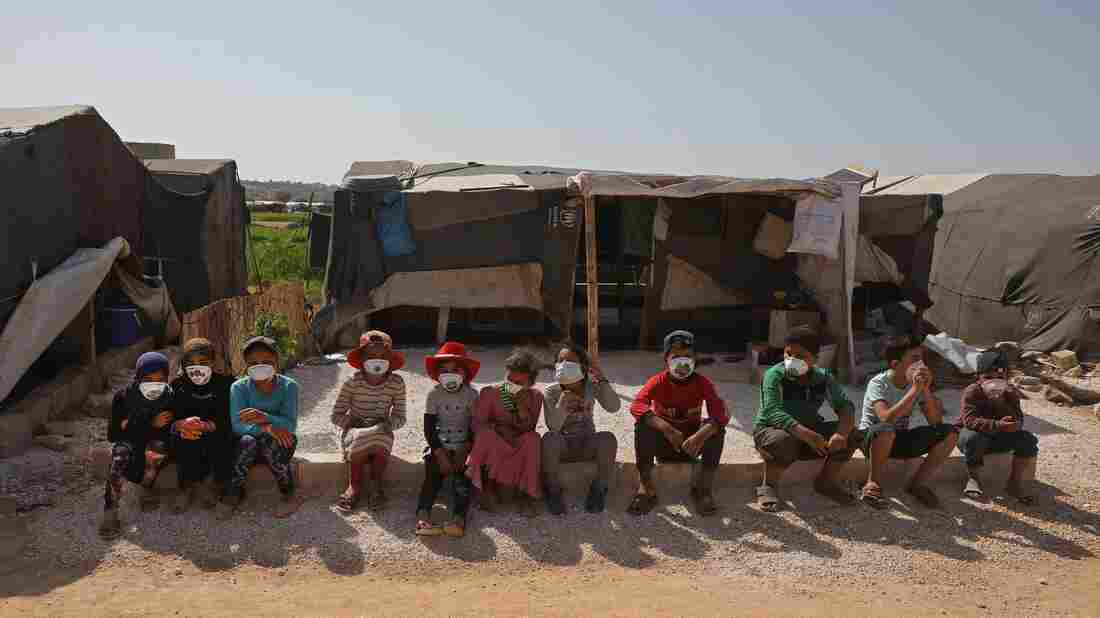 Children displaced by the war in Syria's Idlib province sit, wearing face masks during a COVID-19 awareness campaign this week in Dana. The World Food Programme warned that people living in displaced-person camps could be "particularly vulnerable" to the pandemic's physical and economic effects. Aaref Watad/AFP via Getty Images hide caption 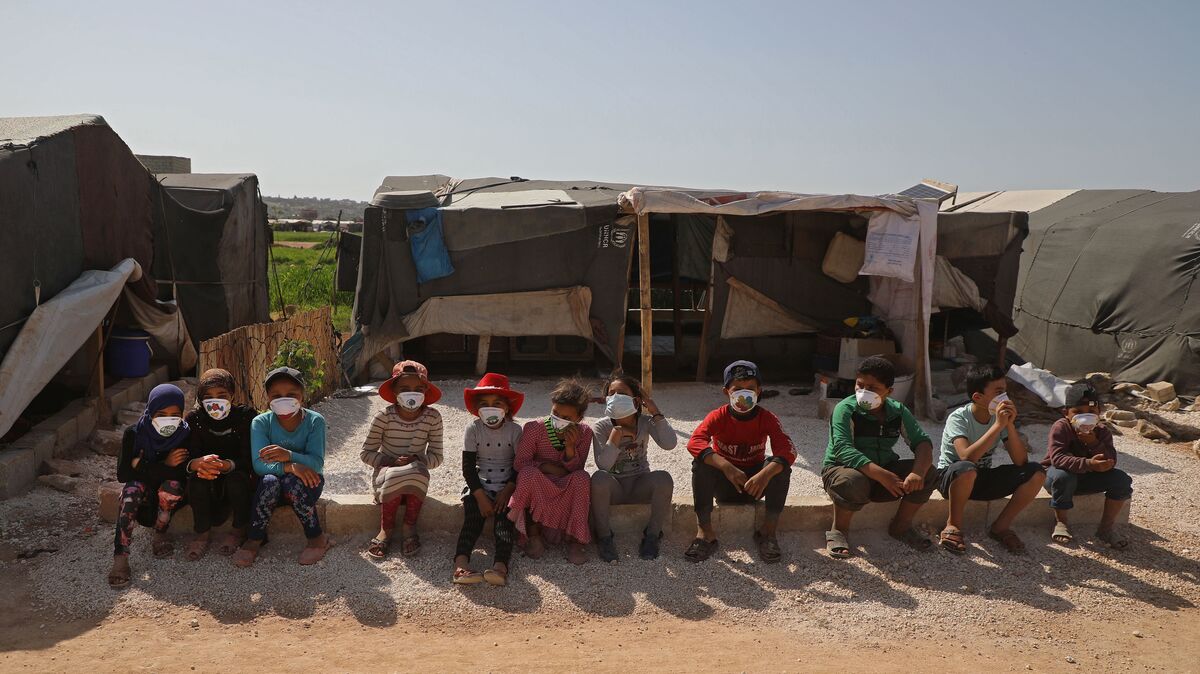 Children displaced by the war in Syria's Idlib province sit, wearing face masks during a COVID-19 awareness campaign this week in Dana. The World Food Programme warned that people living in displaced-person camps could be "particularly vulnerable" to the pandemic's physical and economic effects.

Even without a global pandemic multiplying the world's problems, the data are staggering.

Roughly 135 million people across the world lived on the brink of starvation last year, according to the World Food Program. For some context, the number of people who could not reliably obtain enough food in 2019 exceeded the entire population of Mexico and came close to matching Russia's.

That was before the coronavirus spread to nearly every country across the globe, overwhelming vulnerable medical infrastructures and spelling disaster for even the world's most robust economies.

Now, the United Nations agency fears that the number of people facing food crises across the world will nearly double — spiking to 265 million this year.

He noted the wars that have already raged for years in Syria and Yemen, the locust swarms that have ravaged crops in East Africa, and the economic crises that were hobbling a number of countries even before the virus' arrival.

"So today, with COVID-19, I want to stress that we are not only facing a global health pandemic but also a global humanitarian catastrophe," Beasley said. "Millions of civilians living in conflict-scarred nations, including many women and children, face being pushed to the brink of starvation, with the specter of famine a very real and dangerous possibility."

The agency's full report makes clear that those already displaced by violence or environmental disaster are "particularly vulnerable" to the health and economic impacts of the disease, as they typically have the least access to the kinds of social distancing, hand-washing facilities and remote work recommended by health authorities. And they're often recipients of the humanitarian support offered by aid groups — and lately disrupted by the pandemic.

Beasley pushed for the world to adopt the global cease-fire proposed last month by U.N. Secretary-General António Guterres and said humanitarian groups are in desperate need of support to stockpile food as a buffer for the most needy.

"COVID-19 is potentially catastrophic for millions who are already hanging by a thread," the agency's chief economist, Arif Husain, said in a statement released with the report.

"It is a hammer blow for millions more who can only eat if they earn a wage. Lockdowns and global economic recession have already decimated their nest eggs," Husain added. "It only takes one more shock — like COVID-19 — to push them over the edge. We must collectively act now to mitigate the impact of this global catastrophe."