Accessibility links
Philadelphia Hospital Official Says 'We're Not There' In Testing Capacity : Coronavirus Live Updates Bruce Meyer, the president of Jefferson Health, which runs 14 hospitals in the Philadelphia area, says chemicals needed to do coronavirus testing are regulated by the government and hard to get. 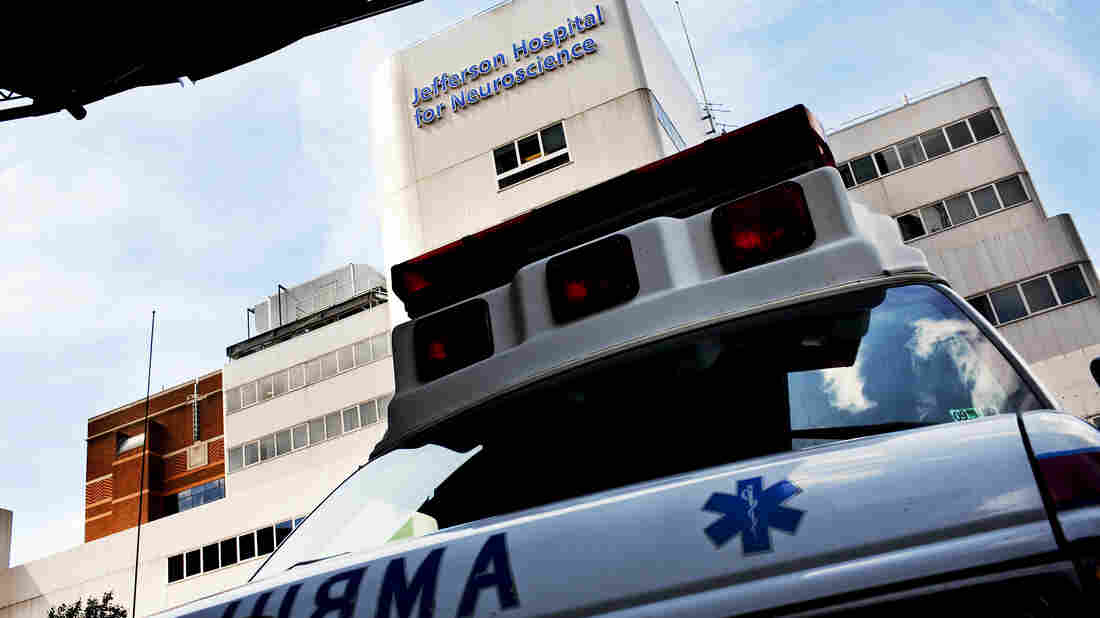 Jefferson Hospital for Neuroscience in Philadelphia, pictured in 2009, is one of several hospitals operated by Jefferson Health. The president, Bruce Meyer, says the health system doesn't have the supplies it needs to do more coronavirus testing. Scott Lewis/Bloomberg via Getty Images hide caption 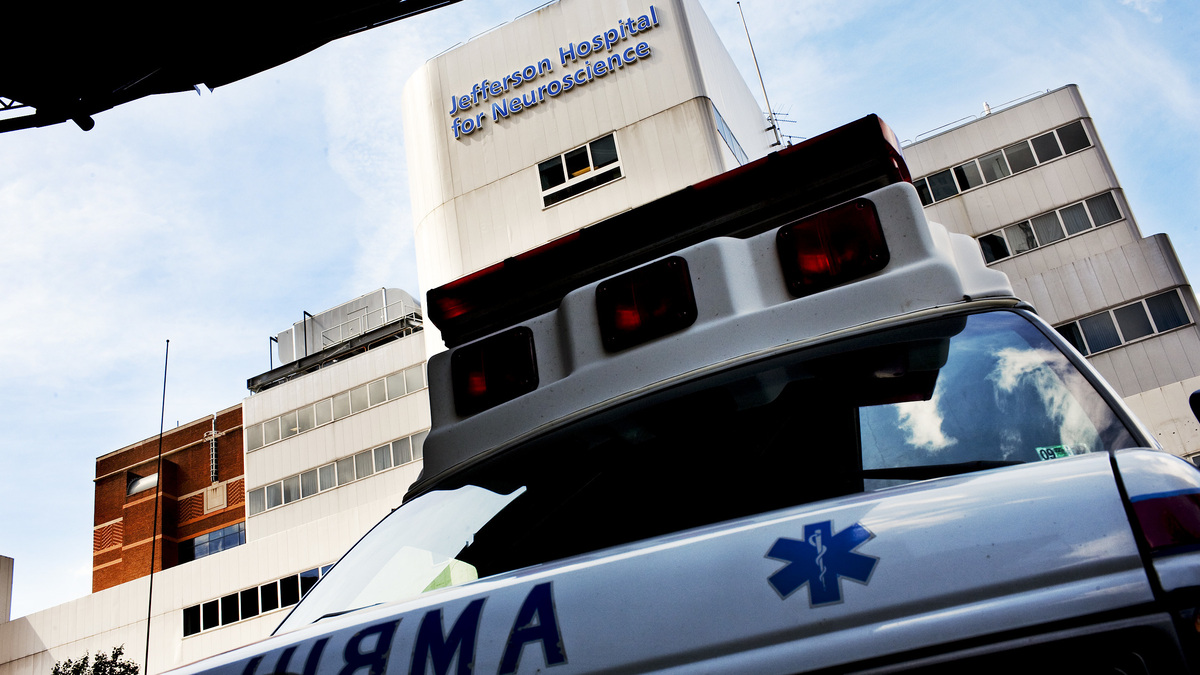 Jefferson Hospital for Neuroscience in Philadelphia, pictured in 2009, is one of several hospitals operated by Jefferson Health. The president, Bruce Meyer, says the health system doesn't have the supplies it needs to do more coronavirus testing.

Members of the Trump administration say there is sufficient coronavirus testing for states to move to the first phase of the White House's reopening plan.

But many state and local officials and health care providers say testing is still far short of where it needs to be to consider lifting some social distancing restrictions.

"We're short [of] testing in the way we would like to carry out testing," says Dr. Bruce Meyer, the president of Jefferson Health, which runs 14 hospitals in the Philadelphia area.

The hospital system can do about 1,200 tests a day in-house. They could do more, he tells Morning Edition, but they are short of needed supplies of swabs, transport media (to move specimens) and chemical reagents.

Obtaining the reagents — the chemicals that are needed to do a test — is "a larger challenge for us," Meyer says, "because they've been very highly regulated by the government. And many suppliers get their direction as to where to send those reagents in terms of specific geographic hot spots or other kinds of priorities. So our capacity to test is really limited by the allocation of the reagents versus the true capacity that we would be able to run if we didn't have that constraint."

"Essentially, every day we're competing with other places that need testing," he says, based on how the government is determining how reagents are allocated.

Meyer tells NPR his hospitals are prioritizing testing people with "significant symptomatology as well as our own health care workforce. And that's not just what we would think of as frontline staff like nurses and nurses' aides, but also the environmental services workers who have to clean rooms and things like that and the rest of our staff in the hospital."

"Those are our priorities right now," he says. "We don't really have the capacity to test every single person with minor symptomatology."

So if the hospitals can't test everyone with minor symptoms, where does that leave the federal government's assertion about testing capacity being sufficient in many cases?

"We're not as far along as we need to be in order to sort of manage a steady state, trying to understand who might be infectious," Meyer responds. "So to move from where we are, which is sort of a mitigation strategy, trying to limit the number of people who are infected so it doesn't overwhelm the health system, to a containment strategy, where we're trying to identify people who have exposures, then we're not there. We're simply not there yet in terms of testing volume."