Accessibility links
Federal Scientist Says He Was Removed For Resisting Unproven Coronavirus Treatments : Coronavirus Live Updates Richard Bright says he was removed from his post because of his "insistence" that the government spend funds on "safe and scientifically vetted solutions" to address the coronavirus. 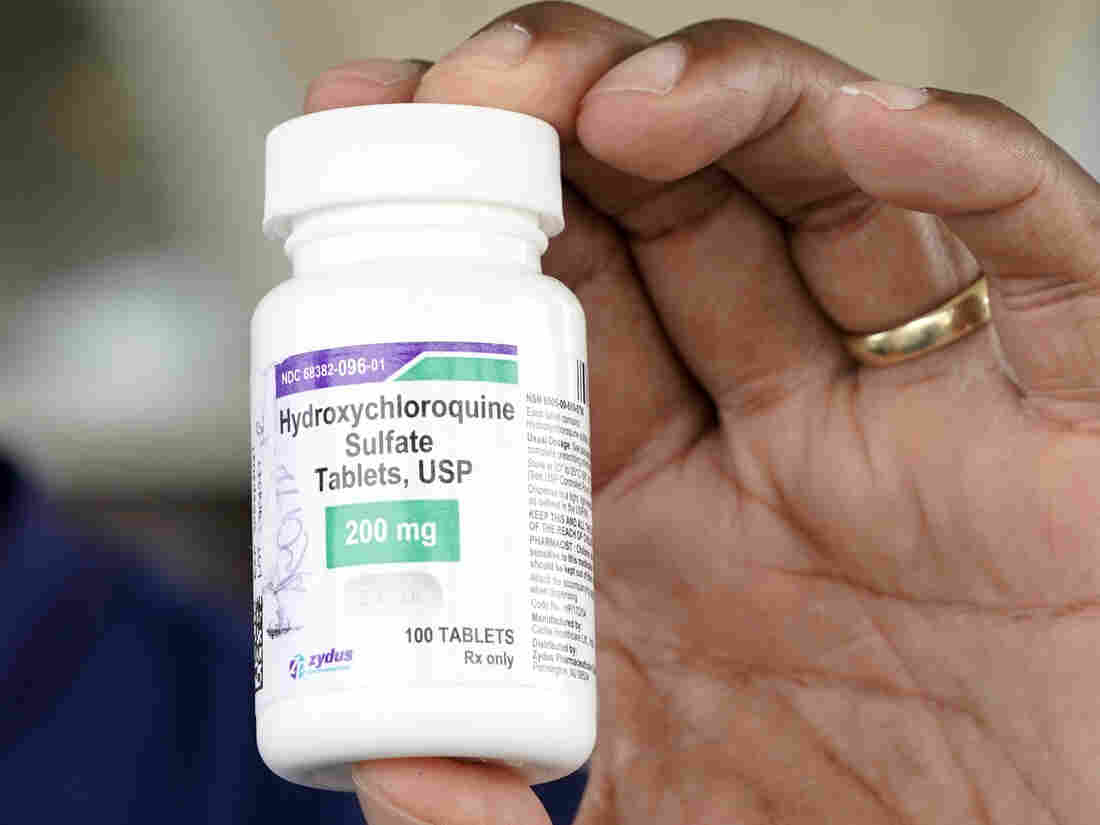 A bottle of hydroxychloroquine is seen outside a nursing home in Texas City, Texas, this month. David J. Phillip/AP hide caption 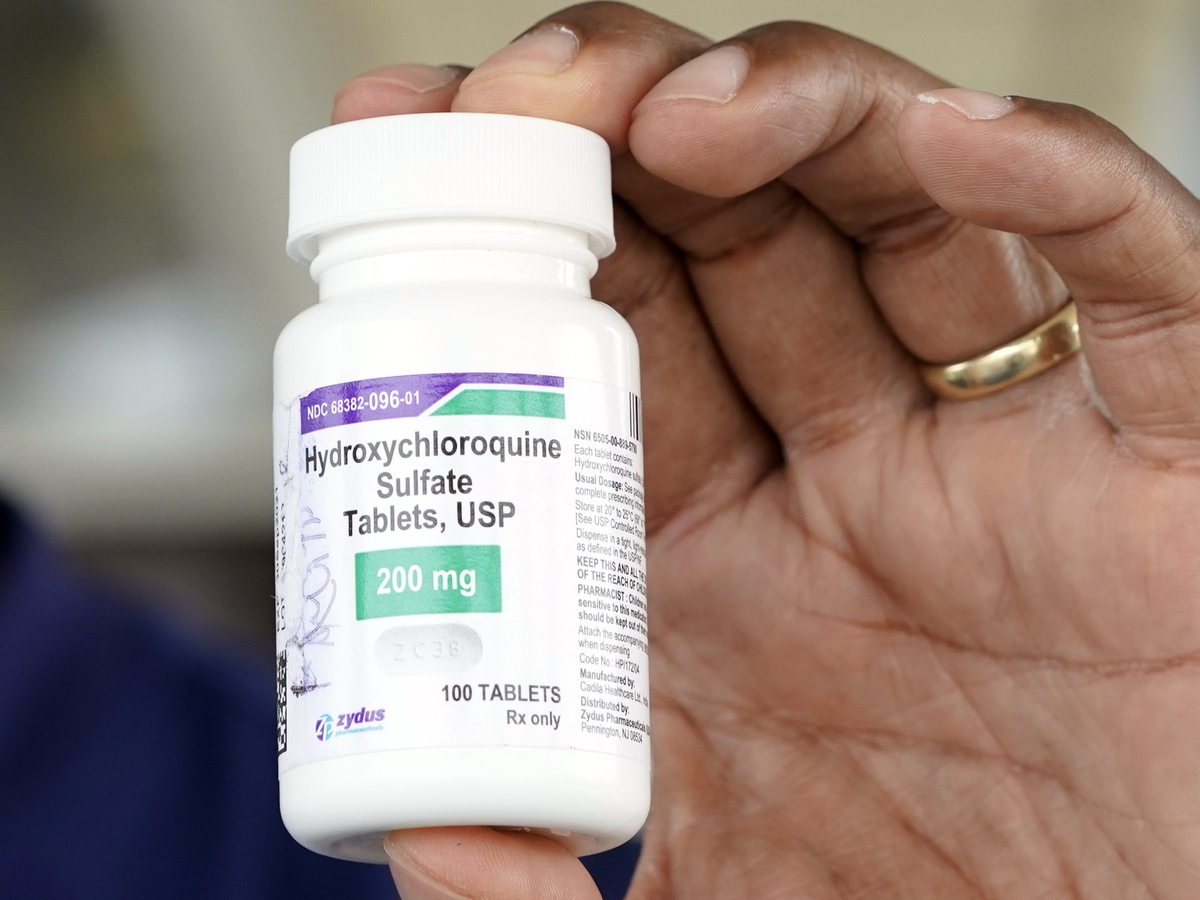 A bottle of hydroxychloroquine is seen outside a nursing home in Texas City, Texas, this month.

A high-ranking federal scientist focused on vaccine development says he was removed from his post because of his "insistence" that the government spend funds on "safe and scientifically vetted solutions" to address the coronavirus crisis and not on "drugs, vaccines and other technologies that lack scientific merit."

In a statement Wednesday that was released by his attorneys, Richard Bright specifically cited his pushback against unproven potential treatments that President Trump has repeatedly advocated for during White House briefings and on Twitter.

Bright was director of the Biomedical Advanced Research and Development Authority and a deputy assistant secretary with the Department of Health and Human Services until, he says, he was removed on Tuesday. Bright said he has been transferred to "a more limited and less impactful position" at the National Institutes of Health.

Asked about the removal during Wednesday evening's coronavirus briefing, Trump said he'd never heard of Bright. "Maybe he was [removed after raising concerns], maybe he wasn't," Trump said. "You'd have to hear the other side."

In an emailed statement, Caitlin Oakley, an HHS spokeswoman, said: "As it relates to chloroquine, it was Dr. Bright who requested an Emergency Use Authorization (EUA) from the Food and Drug Administration (FDA) for donations of chloroquine that Bayer and Sandoz recently made to the Strategic National Stockpile for use on COVID-19 patients."

Bright said his career in vaccine development has prepared him for a crisis like this one. "To this point, I have led the government's efforts to invest in the best science available to combat the COVID-19 pandemic," he said. "Unfortunately, this resulted in clashes with HHS political leadership, including criticism for my proactive efforts to invest early in vaccines and supplies critical to saving American lives. I also resisted efforts to fund potentially dangerous drugs promoted by those with political connections."

He added: "Specifically, and contrary to misguided directives, I limited the broad use of chloroquine and hydroxychloroquine, promoted by the administration as a panacea, but which clearly lack scientific merit."

The president suggested last month on Twitter that taking a combination of hydroxychloroquine — which is used to treat lupus and to prevent malaria — and azithromycin could be "one of the biggest game changers in the history of medicine."

He has also repeated a line about patients suffering from the coronavirus who are inquiring about taking hydroxychloroquine: "What do you have to lose?"

As NPR reported Tuesday, a panel of experts convened by the NIH recommended against doctors using a combination of hydroxychloroquine and azithromycin for the treatment of COVID-19, because of potential toxicities.

As for using hydroxychloroquine or chloroquine alone, the panel said there was "insufficient clinical data to recommend either for or against."

In fact, Dr. Anthony Fauci, of the NIH and a member of the White House's coronavirus task force, said last month that hydroxychloroquine was not considered a treatment for the coronavirus.

Bright said in his statement that he is "speaking out because to combat this deadly virus, science – not politics or cronyism – has to lead the way." He said he will request the HHS' inspector general to "investigate the manner in which this Administration has politicized the work of BARDA and has pressured me and other conscientious scientists to fund companies with political connections as well as efforts that lack scientific merit."

Bright's attorneys, Debra Katz and Lisa Banks, added that they are seeking a stay of his termination. The attorneys have also represented several high-profile whistleblowers and #MeToo accusers, including Christine Blasey Ford, who accused Supreme Court Justice Brett Kavanaugh of sexual assault.

The New York Times, which first reported Bright's statement, said he had led BARDA since 2016. The online health publication STAT first reported he was no longer leading the agency on Tuesday.

An earlier version of this story described Richard Bright as a doctor, implying that he is a physician. He has a Ph.D. in immunology.