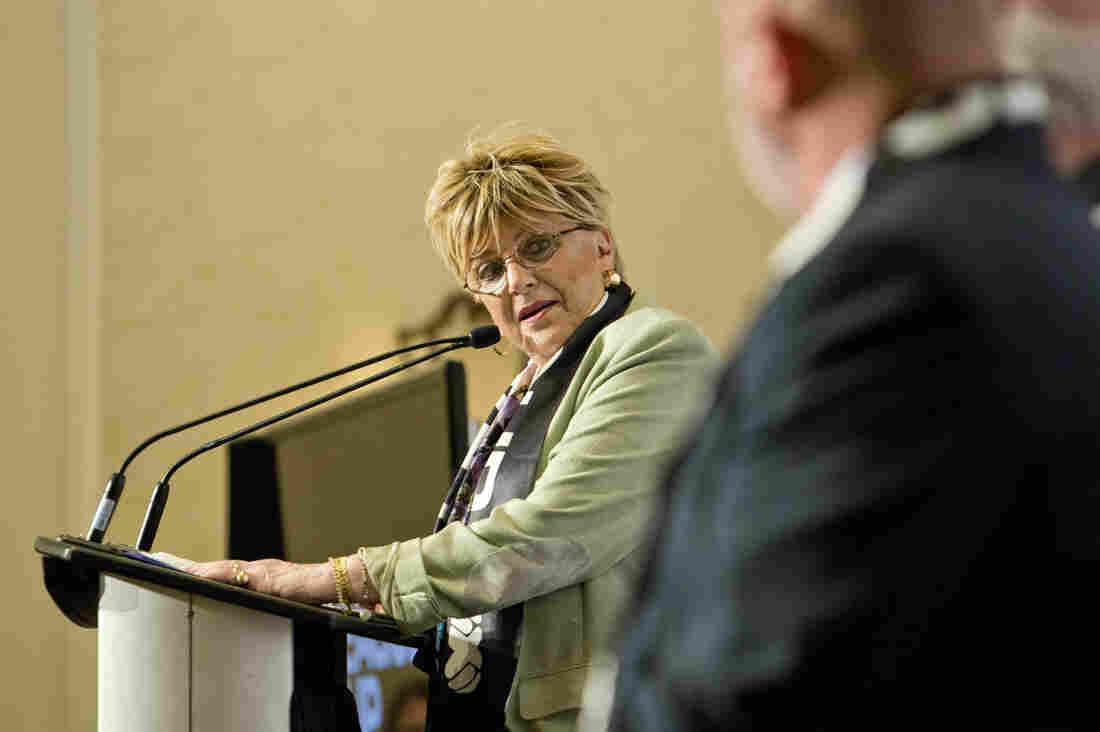 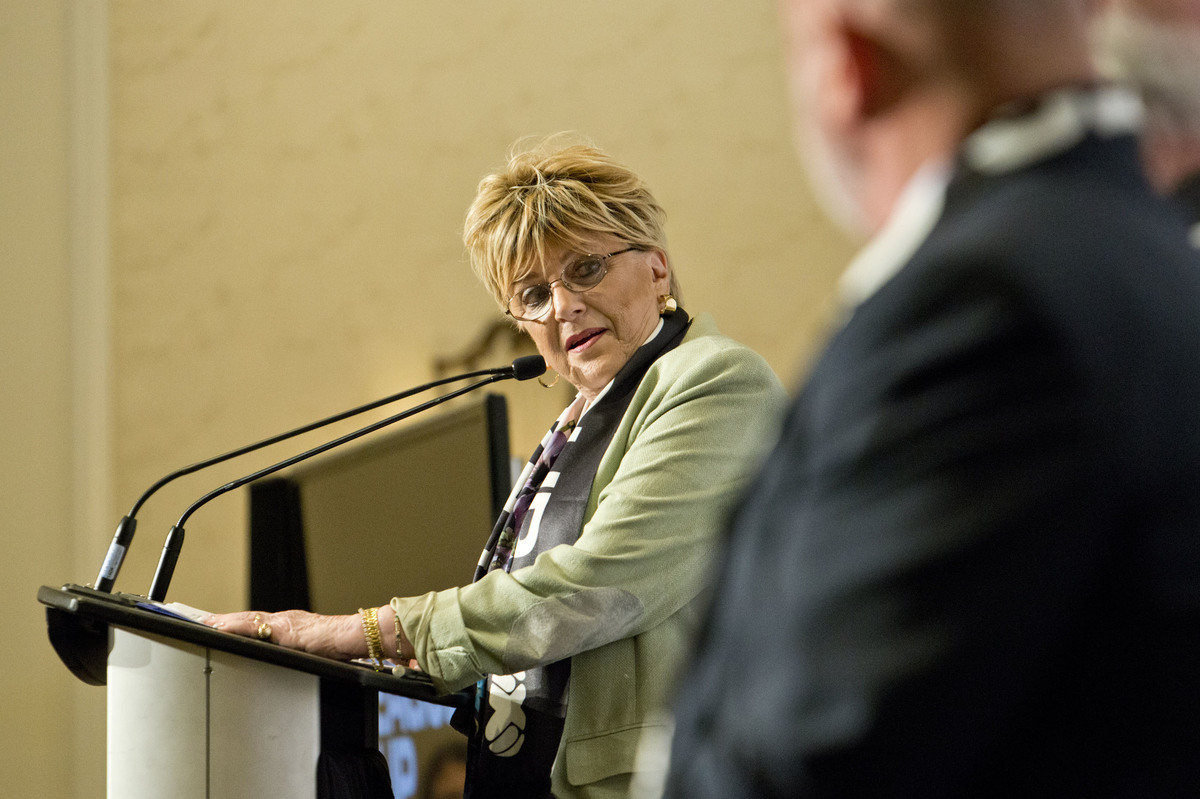 Las Vegas Mayor Carolyn Goodman speaks during a press conference inside the Bellagio Hotel and Casino convention center in 2019.

Las Vegas Mayor Carolyn Goodman on Wednesday called for restaurants, hotels and casinos in the gambling mecca to reopen, saying competition would ultimately determine which were safest to visit and that only establishments with the most infections should be forced to close down.

Goodman, an independent, made the remarks on CNN, insisting that as mayor she bears no responsibility for figuring out how to safely maintain social distancing guidelines.

"I am not a private owner," she told Anderson Cooper before explaining how the free market should operate in the age of COVID-19.

"That's the competition in this country. The free enterprise and to be able to make sure that what you offer the public meets the needs of the public. Right now we're in a crisis health-wise, and so for a restaurant to be open or a small boutique to be open, they better figure it out. That's their job. That's not the mayor's job," Goodman insisted.

Nonessential businesses throughout Nevada have been closed for over a month because of the coronavirus pandemic.

Cooper pushed back: "You're talking about encouraging hundreds of thousands of people to come to Las Vegas ... in casinos, smoking, drinking, touching slot machines, breathing circulated air, and then returning home to states around America and countries around the world. Doesn't that sound like a virus petri dish?"

"No. It sounds like you're being an alarmist," Goodman responded.

"I've lived a long life. I grew up in the heart of Manhattan. I know what it's like to be on subways and on buses and crammed into elevators."

When pressed on how she would advise businesses to open their doors while ensuring public safety, she said, "That's up to them to figure out."

Goodman does not have authority to determine when or if businesses along the Las Vegas strip should open for business as they are outside of city lines. But that has not deterred Goodman from advocating for a survival-of-the-fittest approach.

On Tuesday Goodman, who has called the city's shutdown "total insanity," told MSNBC's Katy Tur that everyone should proceed as if they've been infected by the coronavirus.

"Assume everybody is a carrier," the mayor said. "And then you start from an even slate. And tell the people what to do. And let the businesses open and competition will destroy that business if, in fact, they become evident that they have disease, they're closed down. It's that simple."

As the coronavirus spread appears to have slowed, more states are starting to weigh how to jump-start their economies while remaining aware of the dangers of relaxing social distancing measures too early.

Gov. Steve Sisolak announced on Tuesday he is cautiously considering a phased approach to reopening Nevada.

"If we don't do this in a controled, informed manner, we'll be hit by a tidal wave in two or three weeks," Sisolak said.

"I won't do that to our state," he said, adding, "the lives of Nevadans are more important than profit."