Accessibility links
U.S. Pressures China To Close Wet Markets Thought To Be Source Of COVID-19 : Coronavirus Live Updates In a statement, Secretary of State Mike Pompeo cited a link between pathogens that jump from animals to humans and the traditional Chinese markets that sell live fish, meat and wild animals. 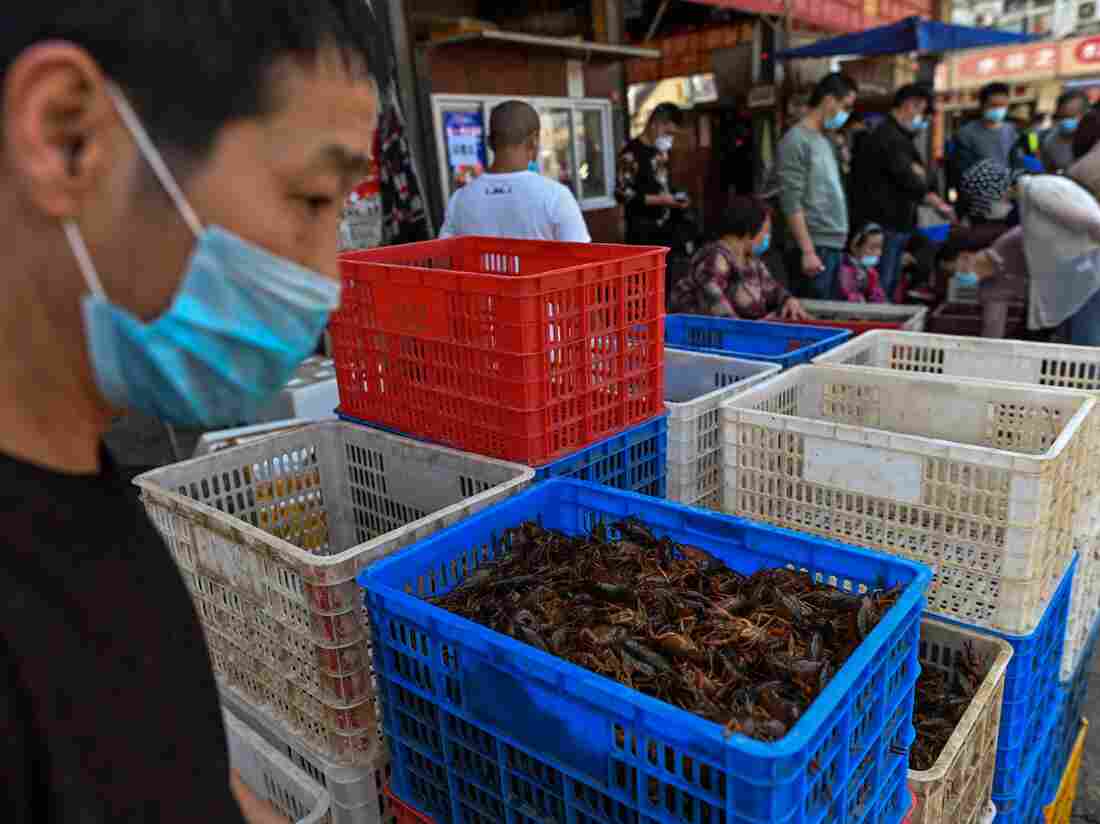 The Wuhan Baishazhou Market in Wuhan in China's Hubei province, shown last week. China's wet markets have come in for criticism after one was identified as the likely source of the novel coronavirus. Hector Retamal/AFP via Getty Images hide caption 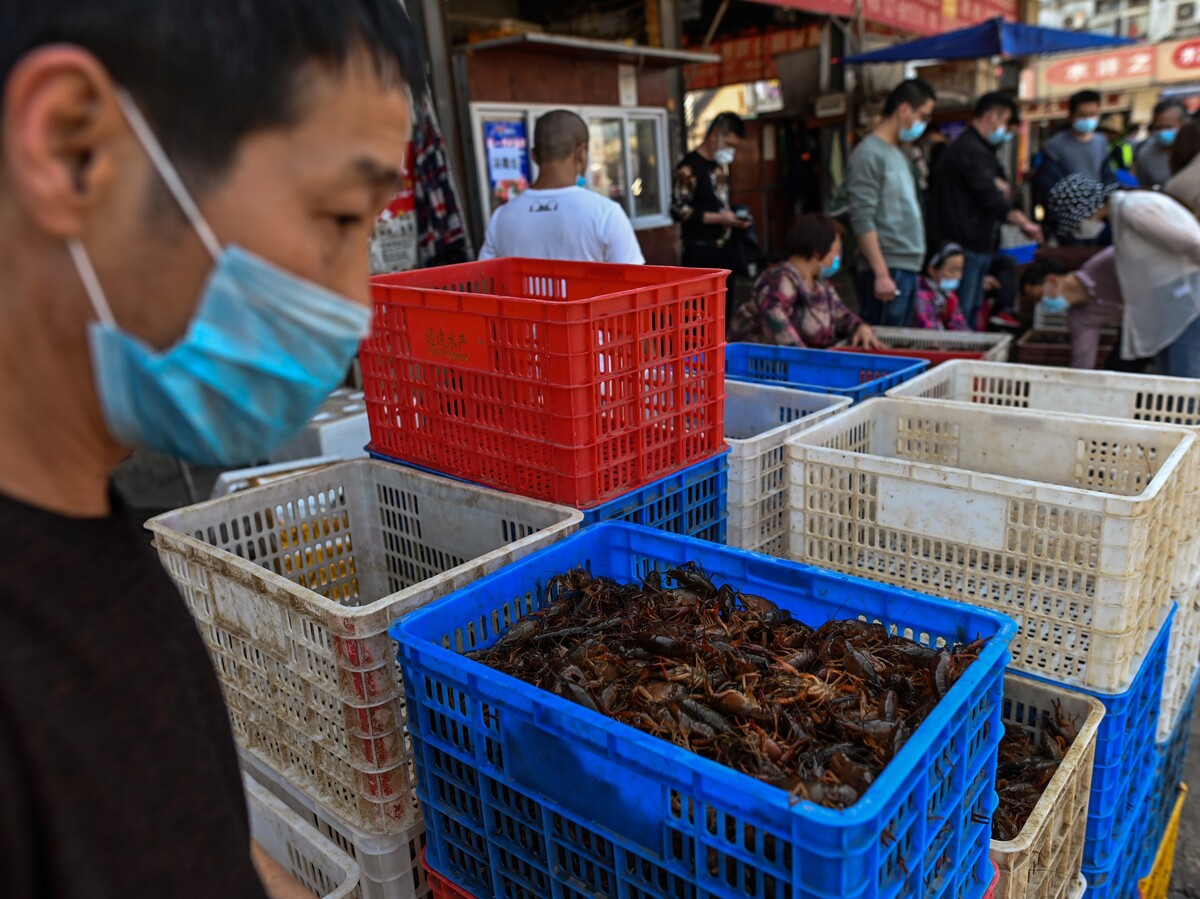 The Wuhan Baishazhou Market in Wuhan in China's Hubei province, shown last week. China's wet markets have come in for criticism after one was identified as the likely source of the novel coronavirus.

The U.S. is calling on China to permanently shut down the country's wet markets, where the deadly coronavirus is thought to have first emerged late last year, as Australia urged an international scientific investigation of the health risks associated with them.

In a statement following a virtual meeting of the foreign ministers of the Association of Southeast Asian Nations (ASEAN), Secretary of State Mike Pompeo cited a connection between pathogens that jump from animals to humans and the traditional Chinese markets, where vendors in small, tightly packed stalls sell vegetables, live fish and meat.

Although some of the markets sell wild animals, the vast majority of them do not. Such markets are common not only in China, but throughout Asia and parts of the Middle East.

Although Beijing officially banned the country's wildlife trade in February, it has resisted closing the wet markets, which are vital to meeting the day-to-day needs of most Chinese. The government's state-controlled media have even run stories recently touting the markets' cleanliness. Following Pompeo's statement, China's foreign ministry emphasized again that it has closed down all live-animal markets.

The call from the U.S. came as Australia's Federal Agriculture Minister David Littleproud urged an international scientific investigation into the health risks associated with the wet markets.

"It only makes sense that we go and investigate these wildlife wet markets, to understand the risks that they pose to human health and also to biosecurity," Littleproud told reporters in Toowoomba, a town about 50 miles west of Brisbane, on Thursday, according to The Canberra Times.

"It is the responsibility of all global nations to undertake this work in a scientific manner, in a calm and methodical way, to understand the risks and whether they can be mitigated," he said.

In January, China closed the Huanan Seafood Wholesale Market in Wuhan where the SARS-CoV-2 virus that causes COVID-19 is thought to have emerged. But this month, the stalls at the market began reopening, though as Reuters notes, "their future looks uncertain with few customers as the virus stigma persists."

"I would like to clarify WHO’s position on “wet markets”.

Wet markets are an important source of affordable food and livelihood for millions of people all over the world.

But in many places, they have been poorly regulated and poorly maintained"-@DrTedros #COVID19

"WHO's position is that when these markets are allowed to reopen it should only be on the condition that they conform to stringent food safety and hygiene standards," Tedros said last Friday. "Governments must rigorously enforce bans on the sale and trade of wildlife for food."

Australian Prime Minister Scott Morrison criticized the WHO for its position.

"I'm totally puzzled by this decision," he told Australia's 9News last week. "We need to protect the world against potential sources of outbreaks of these types of viruses."

The 2003 SARS virus, a predecessor to the current pandemic, is also thought to have come from a wet market in southern China similar to the one in Wuhan.

Speaking earlier this month on Fox & Friends, Dr. Anthony Fauci, a key figure on the White House coronavirus task force, said of China's wet markets: "It boggles my mind how, when we have so many diseases that emanate out of that unusual human-animal interface, that we just don't shut it down."

"I don't know what else has to happen to get us to appreciate that," he said.

Later, some 70 House and Senate lawmakers sent a letter to the World Health Organization urging it to support the closure of the markets.