Accessibility links
Iran Hopes Slowing Rise Of COVID-19 Cases Means The Worst Is Over : Coronavirus Live Updates Iranian officials say new coronavirus case numbers and deaths are lower than before, but they urge for an end to sanctions under these hard circumstances. 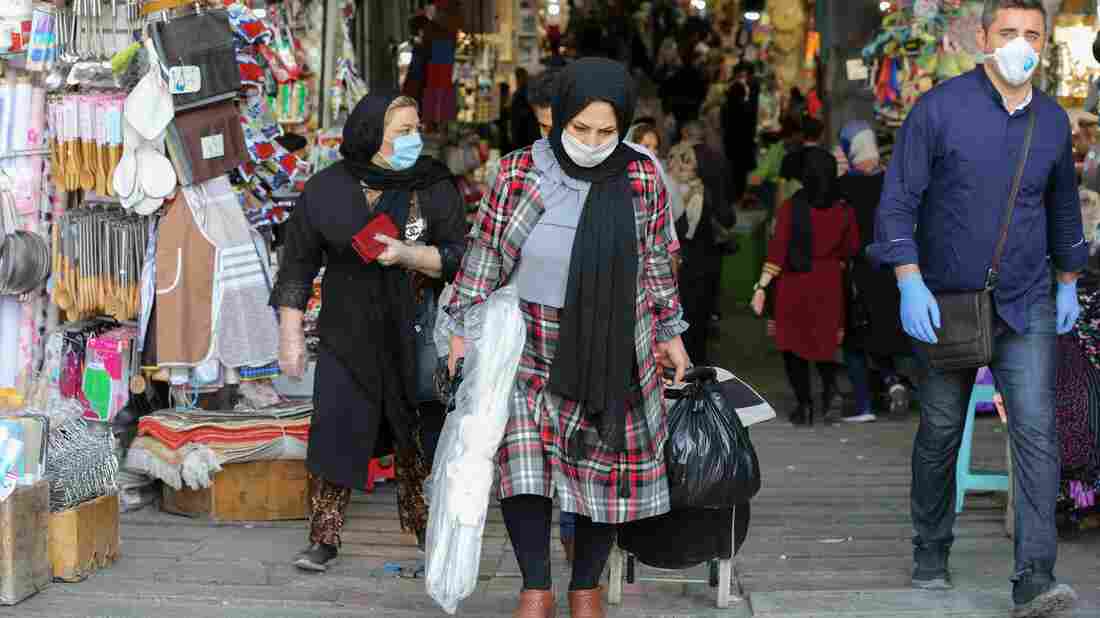 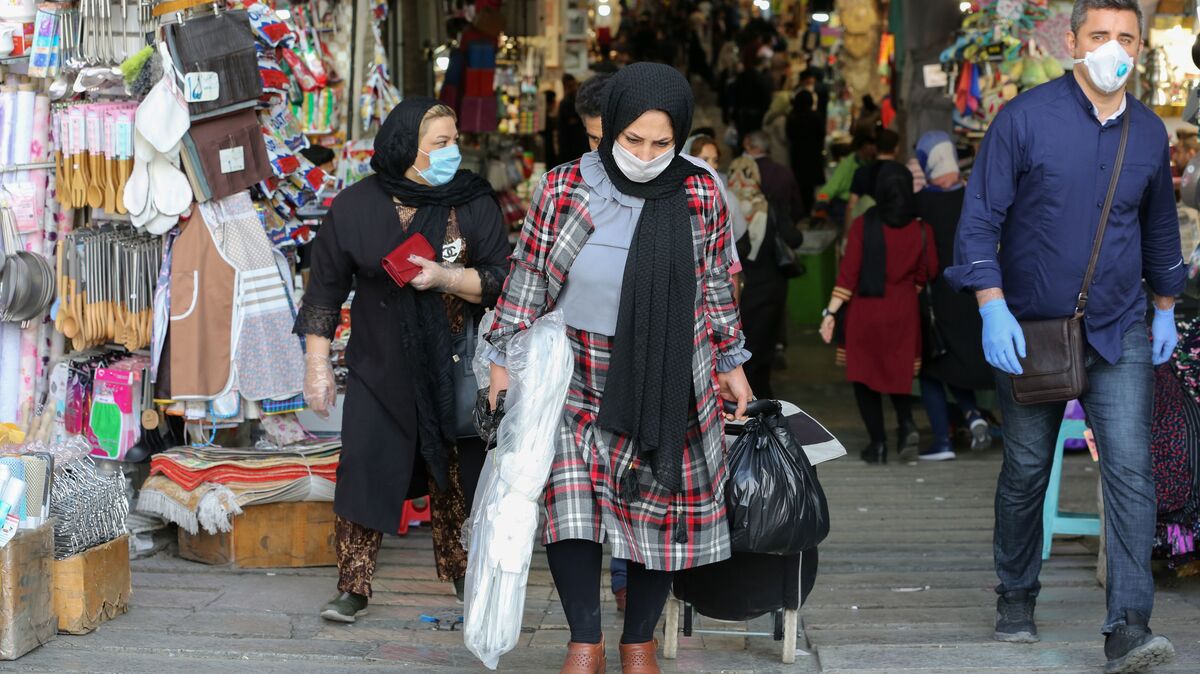 The bad coronavirus news continues for Iran, but officials are hoping a modest downturn in the growth of new cases will become a trend.

Iranian state television reported Thursday that 1,030 new cases had been confirmed and 90 people had died since Wednesday. That brought the total number of fatalities in Iran to 5,481, continuing Iran's status as the Middle Eastern country hardest hit by the virus. But the new daily case numbers are lower than previous days, raising hopes that Iran may be turning the corner in its fight against the virus.

Iran's health minister, Saeed Namaki, said on Wednesday that in the prior 18 days, "thanks to divine blessing as well as the efforts of our colleagues ... we were able to reduce the number of new patients by 53% and the death toll by 30% daily," according to Iran's state-run IRNA news agency.

Namaki's remarks came in a videoconference with World Health Organization officials, whom he called on to press countries to lift their economic sanctions against Iran. So far, direct calls for Washington to lift the sanctions have been to no avail.

The sanctions restrict global trade with Iran, cutting into its crude oil sales, banking and other industries. President Trump reimposed the sanctions in 2018, after pulling the U.S. out of the 2015 agreement that curtails Iran's nuclear program in exchange for sanctions relief.

The coronavirus, coming on top of the economic pain of the sanctions, is increasingly damaging Iran's struggling economy.

President Hassan Rouhani has also called on the European Union to "stand up to the hostile policies" of the U.S.

"We are unfortunately witnessing that the U.S. is still intensifying its sanctions against Iran under these highly tough circumstances and is even targeting the medical sector," Rouhani was quoted by Iran's Press TV as saying Tuesday.

Secretary of State Mike Pompeo says the sanctions do not touch medicines, food or humanitarian aid.

The pandemic hit just as Iran was prepping for the Persian New Year holiday in March, usually a time of mass gatherings and festivities.

On Monday, officials allowed major shopping outlets and highways to reopen, prompting the head of Tehran's coronavirus combat task force to warn that was sending the wrong public message.