Accessibility links
N.Y.'s Metropolitan Museum Of Art Projects a $150 Million Shortfall Amid Layoffs : Coronavirus Updates One of New York City's biggest tourist attractions and the U.S.' largest art museum says that it has revised its budget shortfall projection — some $50 million greater than just a month ago. 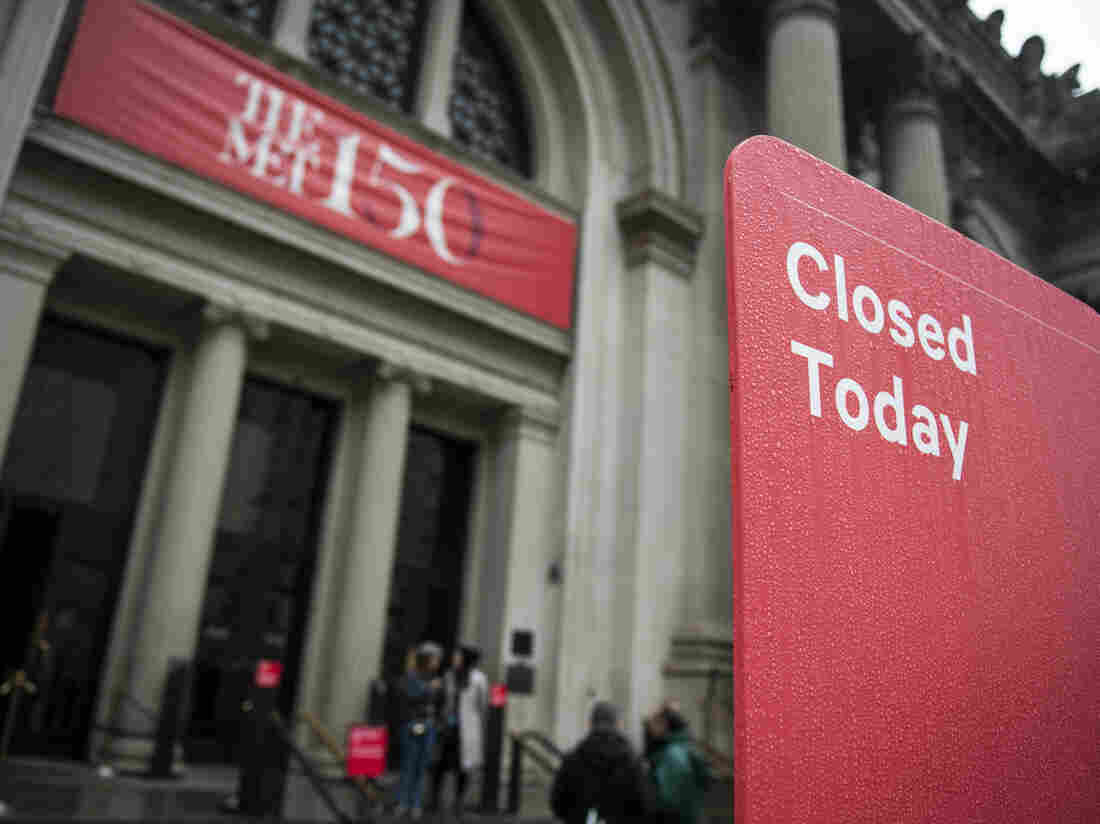 The Metropolitan Museum on Mar. 13, the first day it was closed due to the coronavirus. Mark Kauzlarich/Bloomberg via Getty Images hide caption 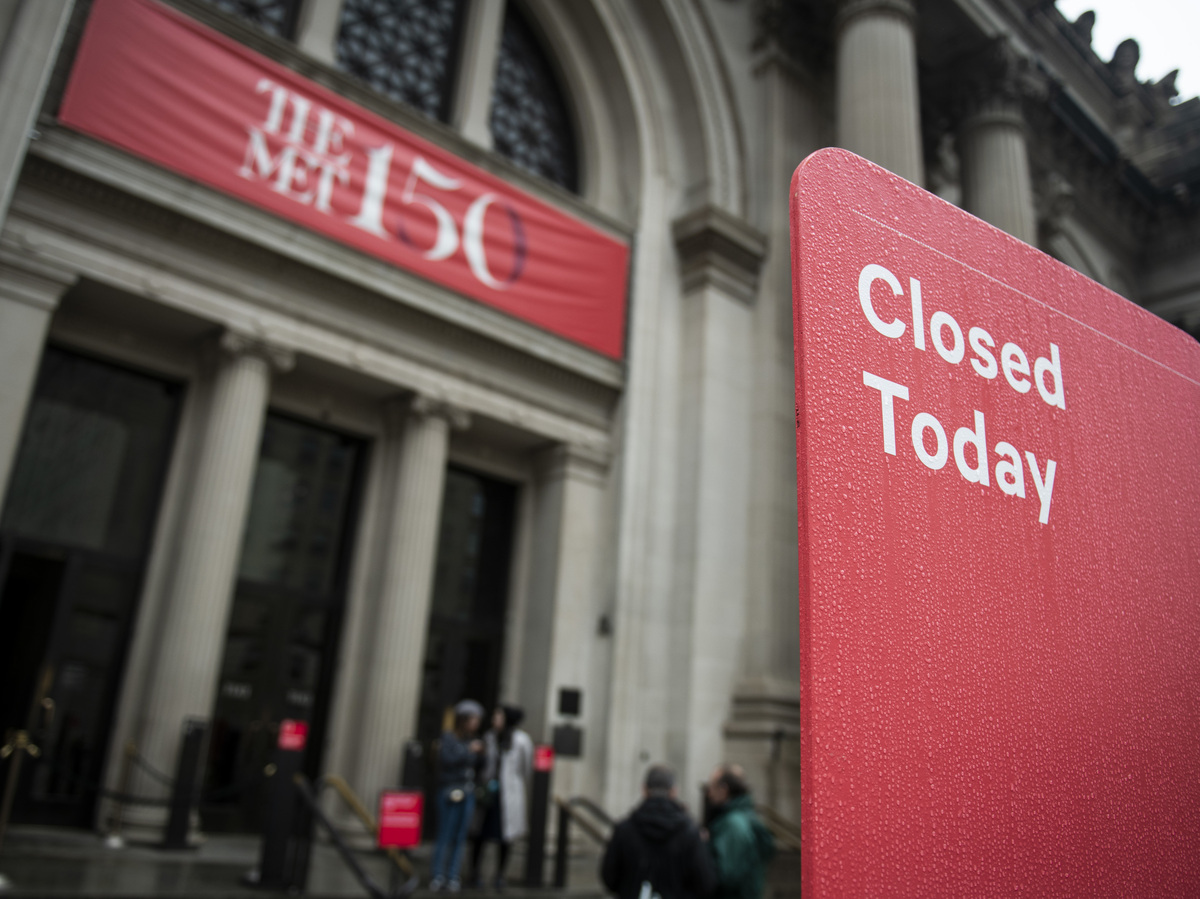 The Metropolitan Museum on Mar. 13, the first day it was closed due to the coronavirus.

New York's Metropolitan Museum of Art says that it now expects its budget shortfall to be much worse than previously predicted. On Wednesday, the museum announced that due to its closure during the coronavirus pandemic, it believes its shortfall for this fiscal year may be as large as $150 million — a third larger than it announced just a month ago.

The museum also laid off 81 employees in its customer service and retail departments on Wednesday. Additionally, the Met's top executives, including its president and CEO, Daniel H. Weiss, are taking substantial pay cuts. Both Weiss and the museum's director, Max Hollein, will be taking cuts of 20 percent, while other top executives will be taking 10 percent cuts.

The Met is the largest art museum in the U.S. and one of the city's most-visited tourist attractions. It closed all three of its locations on March 13: the modern and contemporary art-focused Met Breuer, the Met Cloisters (which is dedicated to medieval European art and architecture) and the Met's iconic flagship museum on Fifth Avenue.

The Met had expected that it could reopen in July. But in New York City right now, that date seems less and less realistic.

Previously, the Met had canceled its 150th anniversary celebrations, which were scheduled for June.