Accessibility links
EU Leaders Fail To Agree On Coronavirus Economic Recovery Program : Coronavirus Updates The group did endorse the recent recommendation of finance ministers for a short-term rescue package worth more than a half-trillion dollars. 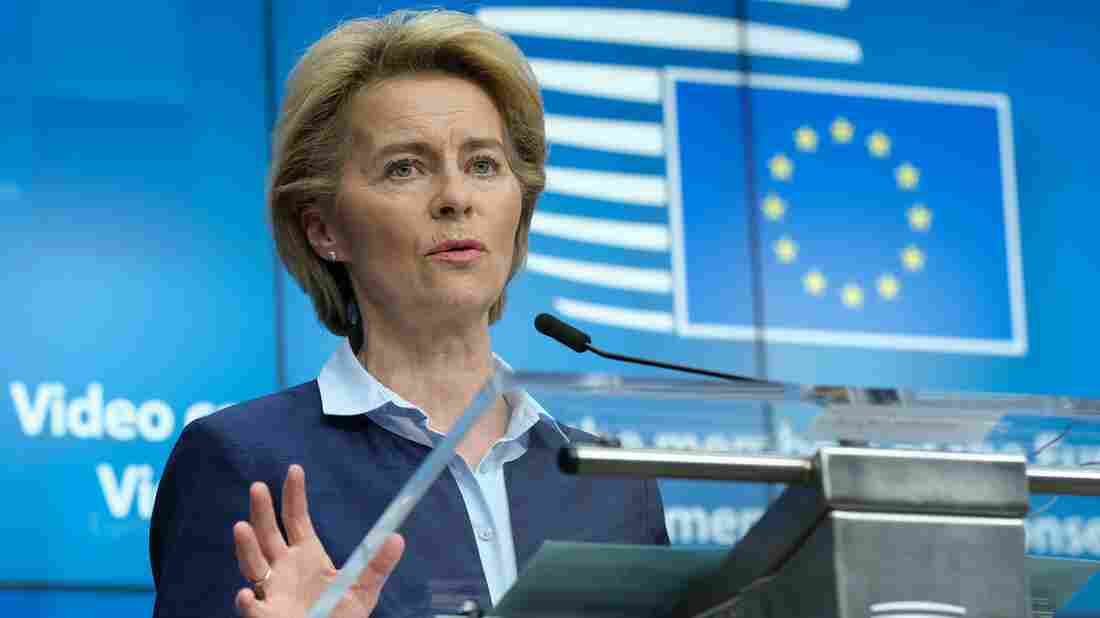 European Commission President Ursula Von Der Leyen speaks to reporters Thursday in Brussels after a video conference among EU officials about easing the impact of the coronavirus on the bloc's economies. Olivier Hoslet/EPA/AFP via Getty Images hide caption 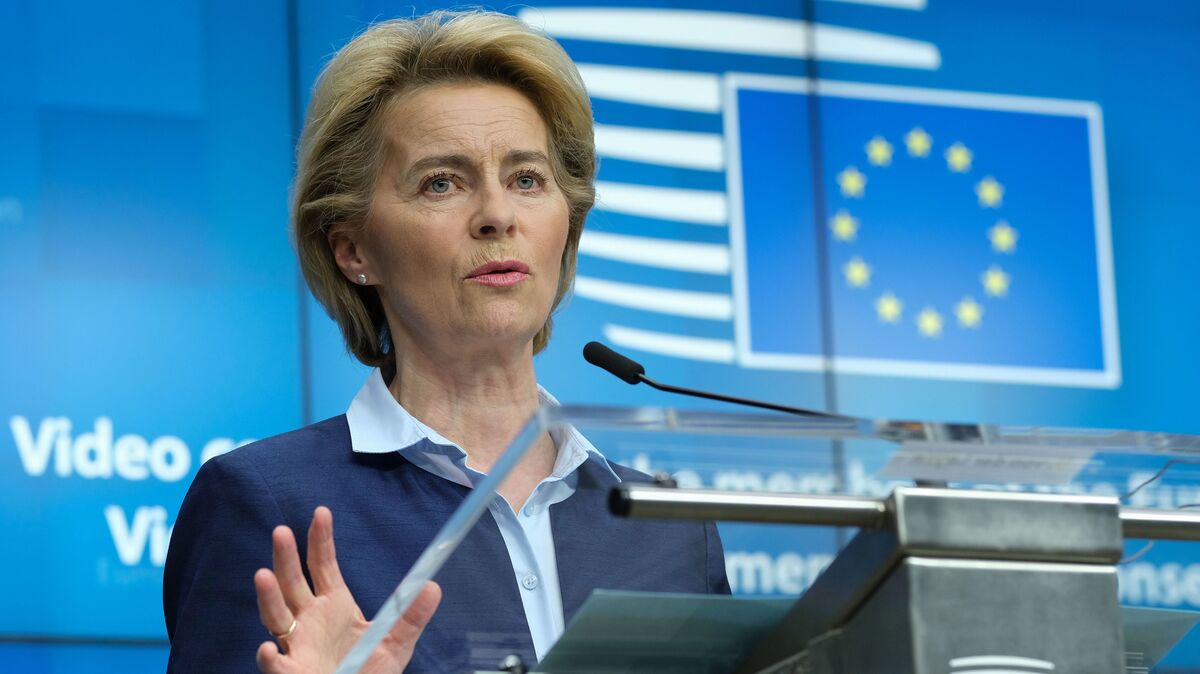 European Commission President Ursula Von Der Leyen speaks to reporters Thursday in Brussels after a video conference among EU officials about easing the impact of the coronavirus on the bloc's economies.

Divisions among European nations over the structure of an economic recovery program continue after European Union leaders again failed to reach an agreement. But the group endorsed the recent recommendation of EU finance ministers for a short-term rescue package worth more than a half-trillion dollars.

The 27 EU leaders met via video conference on Thursday to discuss several proposals intended to stabilize the bloc's economy and support the domestic economies of the countries hardest hit by the coronavirus pandemic.

"We have to design a common, future-proof answer to this to ensure the integrity and cohesion of the single market and its shared prosperity," EU Commission President Ursula von der Leyen said during a press conference following the meeting.

The proposals to minimize the economic fallout of the COVID-19 crisis include increasing the EU's common budget, issuing grants to stricken economies or selling bonds together to raise funds.

Von der Leyen advocated for a recovery fund linked to the EU's upcoming seven-year budget in order to get the bloc through this crisis.

Europe's Economy Was Hit Hard Too, But Jobs Didn't Disappear Like In The U.S.

"The next seven-year MFF budget has to adapt to the new circumstances," she said. "We need to increase its firepower to be able to generate the necessary investment across the whole European Union."

"We are not talking about billions, we are talking trillions," Von der Leyen said.

Despite not reaching an agreement, Italian Prime Minister Guiseppe Conte said EU leaders made significant progress toward a suitable economic solution. "We have made great progress, unthinkable until a few weeks ago," Conte said in a Facebook post.

Italy, France and Spain are among a group of countries proposing the use of grants to fund the bloc's economic recovery, while others, including the Netherlands and Austria, insist that this should happen in the form of loans.

Von der Leyen said that there will be a "sound balance" of loans and grants, which will be determined through negotiations among the EU members.

"Austria is also ready to show solidarity to support the #recovery of our economies," Austrian Chancellor Sebastian Kurz said in a statement. "We should do this through loans. A mutualisation of debt or Eurobonds are not acceptable. We will continue to coordinate our position with like-minded countries."

European Central Bank President Christine Lagarde reportedly addressed Europe's leaders during Thursday's meeting and told them that the EU's economy could shrink by as much as 15% this year as a result of the coronavirus pandemic.

Meanwhile, EU leaders endorsed a short-term 540 billion euro ($590 billion) rescue package to support workers, businesses and economies impacted by the crisis. The Eurogroup, which consists of the 19 finance ministers of the eurozone countries, agreed to this stimulus package on April 9.

European Council President Charles Michel announced that the package is set to be operational by June 1.