Accessibility links
In Italy, 'Suspended Shopping' Helps Those Facing Economic Hardship During Pandemic : Coronavirus Live Updates La spesa sospesa means paying in advance for someone who can't afford it — an act of charity in which donors don't show off and recipients don't have to show gratitude. 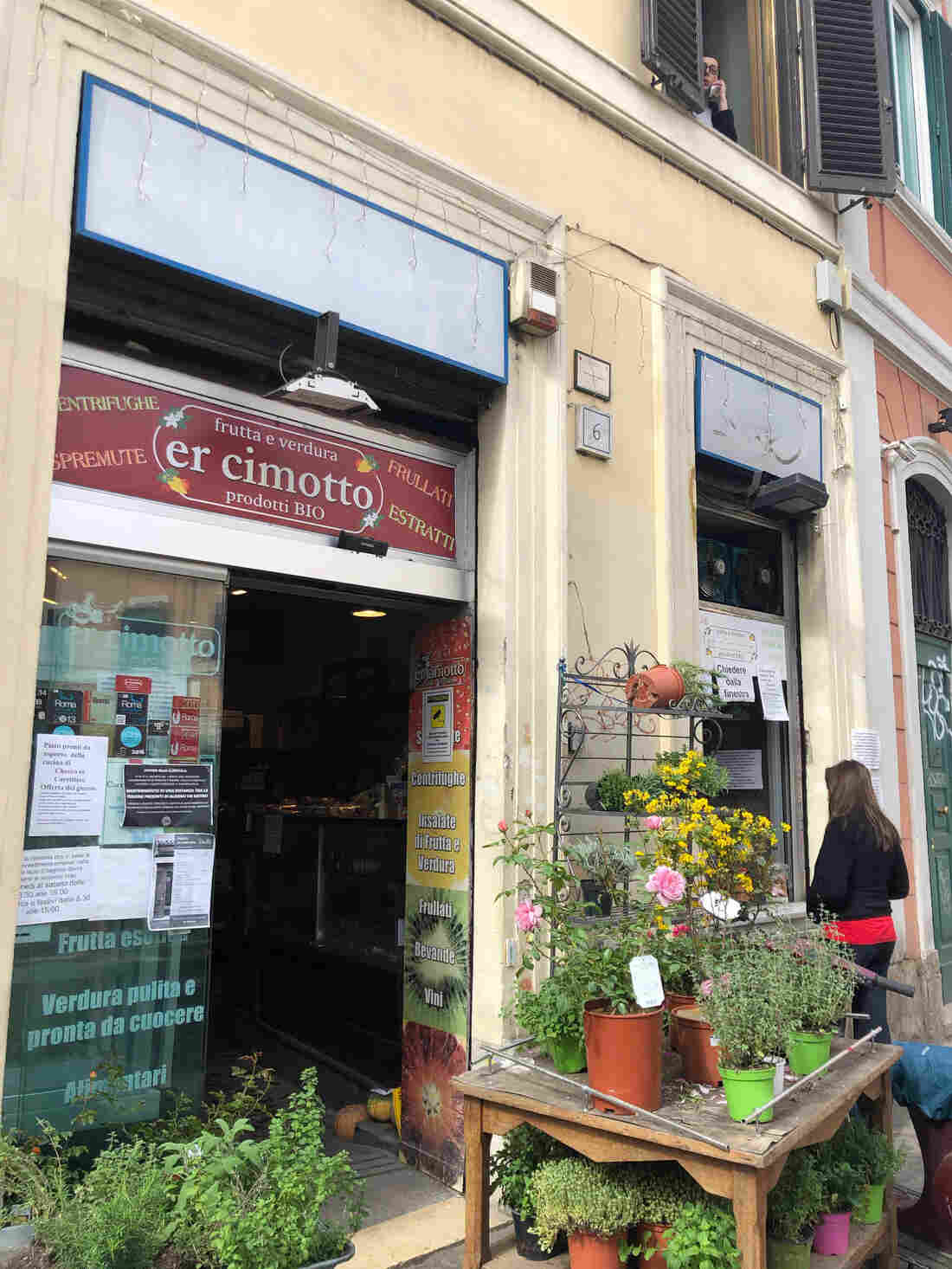 A customer places her order at the window of the Er Cimotto grocery shop in Rome. Suspended shopping is an act of charity in which the donor doesn't show off and the recipient doesn't have to show gratitude. Sylvia Poggioli/NPR hide caption 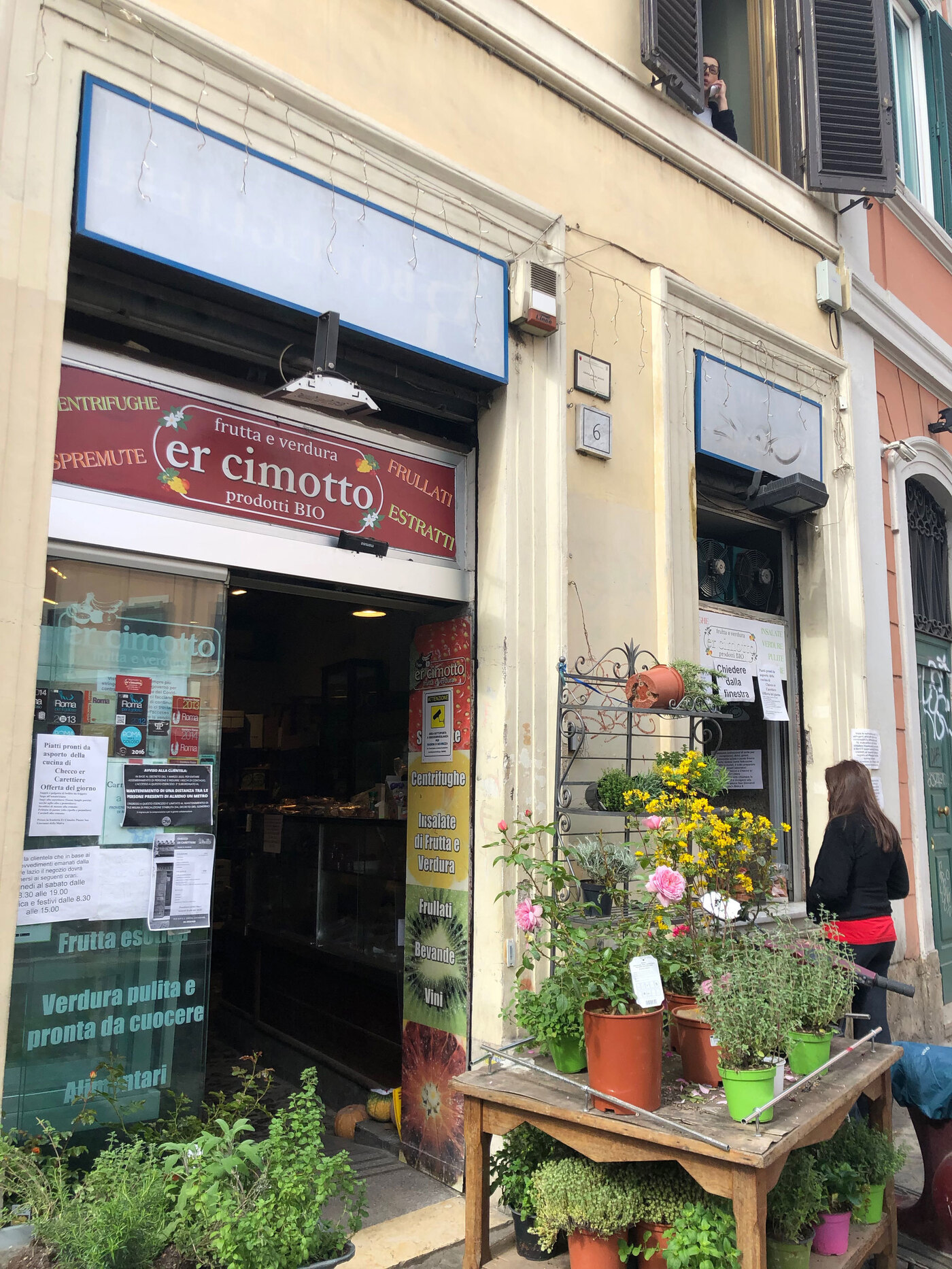 A customer places her order at the window of the Er Cimotto grocery shop in Rome. Suspended shopping is an act of charity in which the donor doesn't show off and the recipient doesn't have to show gratitude.

In Italy, where the coronavirus has shuttered more than 2 million businesses and left 1 in every 2 workers without income, some Italians are putting a new twist on an old custom to help the needy and restart the economy.

In Rome, the Piazza San Giovanni della Malva used to echo with the noise of crowded cafes and restaurants. Now, the only business open is a grocery shop, Er Cimotto.

It's so small that social distancing forces customers to order through the window.

On a recent morning, a shopper asks that 10 euros ($10.83) be added to her bill for what's called la spesa sospesa, "suspended shopping." The concept derives from the century-old Neapolitan tradition of "suspended coffee" — when a customer in a cafe pays in advance for someone who can't afford it.

"The customer who has something leaves something for those who don't," she says.

The store usually doubles the amount donated and provides food that does not spoil fast — such as pasta and canned goods — to a local aid group, the Sant'Egidio Community, that distributes it to the needy. Buccilli says one customer wanted specifically to donate a kilo of oranges to a needy family, so Buccilli sent the aid group a crate of oranges.

Suspended shopping is an act of charity in which the donor doesn't show off and the recipient doesn't have to show gratitude.

With Italy's economy in suspension, the custom is being broadened with a view to the future.

Visitors pick a wine bar and pay, by bank transfer, 10 euros for a glass of wine or 25 euros ($27) for a bottle — to be consumed when the bar opens again.

"We did it as a way to help these businesses economically," says Livia Belardelli, the site's wine blogger, "but also as a way to help customers stay in touch with their favorite wine bars."

Since April 1, Belardelli says, more than 150 customers have paid for wine-in-waiting at some 30 wine bars.

Manuela Mazzotta, who runs a hair salon and wedding planning business, has come up with another new initiative. With her businesses on hold, she started a Facebook page on March 20 with the hashtag #AdottaUnNegozio, "adopt a shop."

"The customer buys a gift card now, when shops are shut down," she explains. "That helps us owners pay the rent or utility bills and tide us over until the reopening. And," she adds, "put us in a better mood than our current sense of desperation."

Within 48 hours, she got applications for listings from shops from all over Italy.

Pay for something now and get it after lockdown: It's one way to help shopkeepers from going bankrupt and, at the end of the virus tunnel, return to business — almost as usual.