Accessibility links
Charity Gains New Importance For Muslims Observing Ramadan Amid Economic Shutdowns : Coronavirus Updates Giving to the poor is an essential part of the holy month, which began Friday, and with so many people thrown out of work, observers say it's particularly needed now. 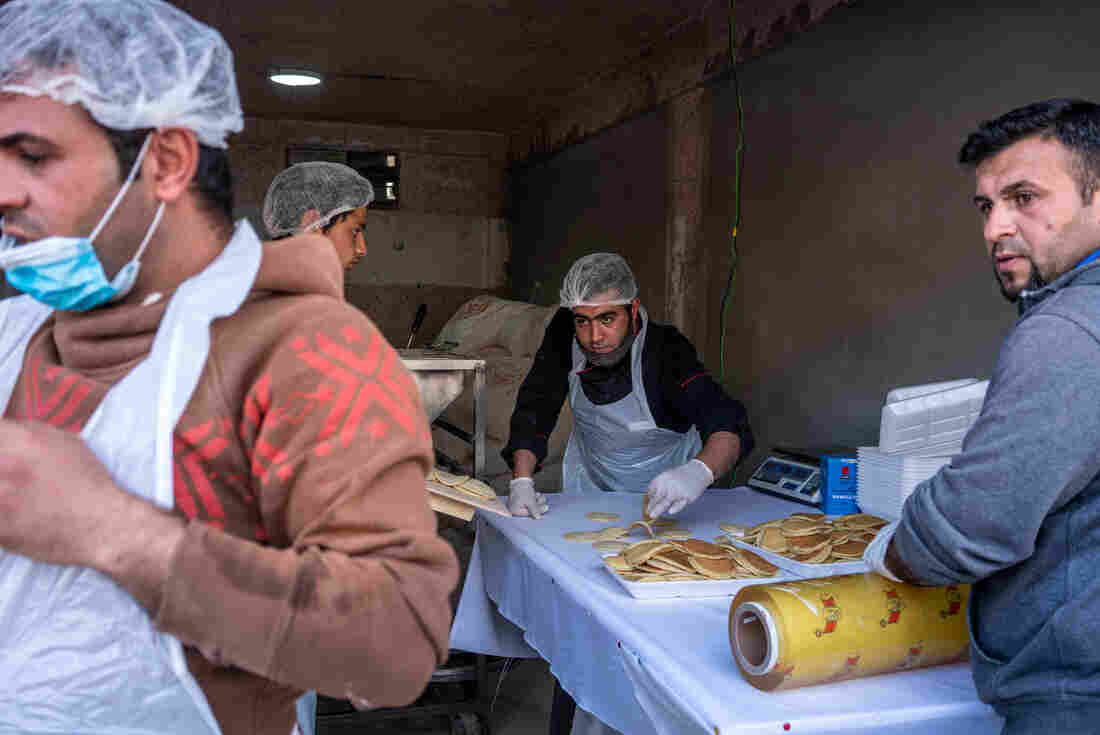 A pop-up bakery in the town of Shoubak, Jordan, offers traditional Ramadan dessert known as qatayef a day before the start of the holy month. Moises Saman for NPR hide caption 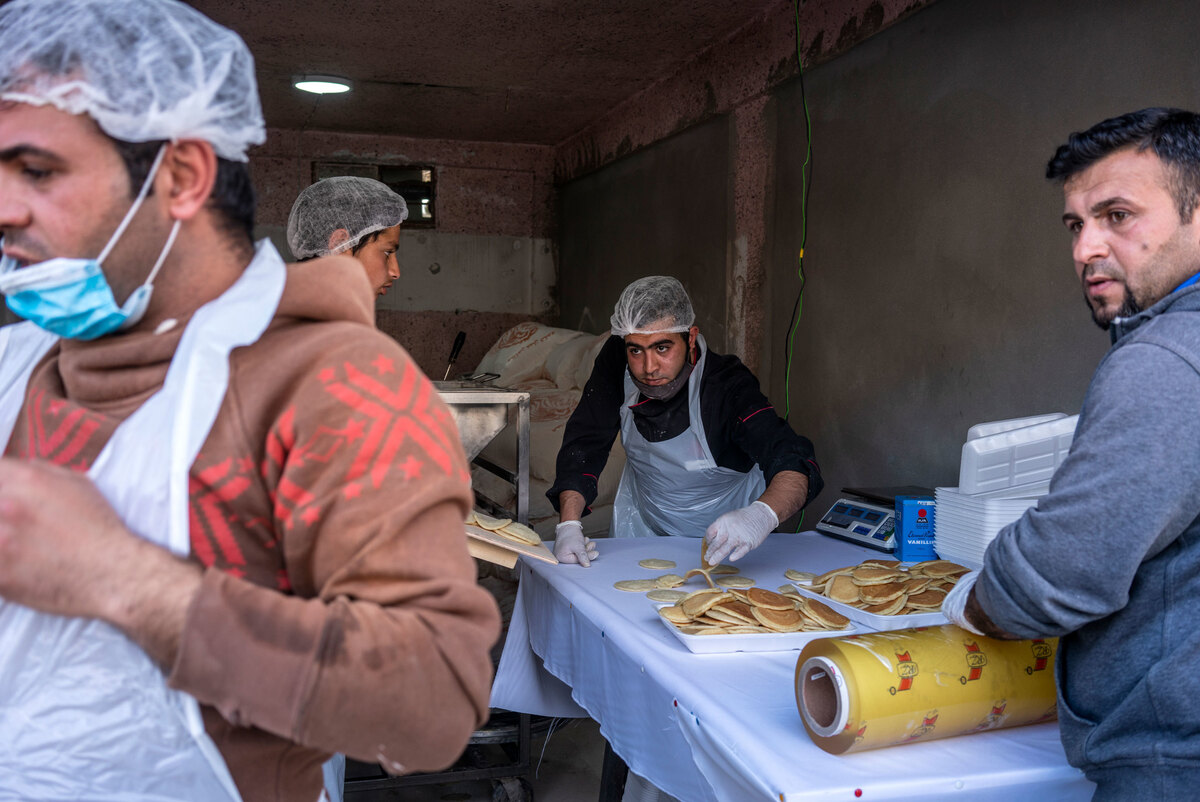 A pop-up bakery in the town of Shoubak, Jordan, offers traditional Ramadan dessert known as qatayef a day before the start of the holy month.

Before the coronavirus pandemic, Abdul Rahman Labdour and his two brothers worked in a five-star hotel in the Red Sea resort city of Aqaba, Jordan. But with tourism now shut down, on the eve of Ramadan, the brothers set up a tiny pop-up bakery in their hometown of Shoubak, in the southern part of the country.

"Welcome my dears," Labdour, a burly man in a red Ferrari T-shirt and a mask and gloves shouts to passersby, enticing them to buy qatayef, a crescent-shaped pastry synonymous with the Muslim holy month of Ramadan. In Arabic, the sales pitch rhymes.

Next to him a machine drops batter onto a tray to be baked, filled with thick cream and drizzled with rose-scented syrup.

Charity is an essential part of Ramadan, which began Friday, and with so many people thrown out of work, it's particularly needed now.

"For those who don't have money, of course they can take it for free," says Khaled Labdour, one of the brothers. "Those who are in need or say they can't pay — we give it to them right away."

For those who can pay, the brothers deliver the qatayef and balls of fried dough drenched in syrup popular after the meal that breaks the day's fast to people's homes or waiting cars.

The other brother, Rashid, says they will keep the bakery open for the month of Ramadan, during the limited hours allowed by a government curfew, and then perhaps turn it into a full-fledged bakery.

In Egypt, the most populous Arab country, Ramadan festivities and the famous iftar feasting tents have been put on hold.

Restaurants and hotels usually offer huge buffets and live music long into the night. People gather in cafes to play dominoes and other traditional games.

This year, restaurants and cafes are closed, and large gatherings, including mosque prayers, are prohibited.

Pakistan Calls Off Limits On Mosque Attendance In Time For Ramadan

Organizations or well-off citizens traditionally sponsor the brightly colored iftar tents, festooned with Ramadan lanterns set up over long tables, where anyone in the street is welcome to come and break their fast. Many of the poor depend on that meal.

Businessman Jad Taha Abdel Rahman normally sets up an iftar table outside his shop to feed day laborers and other people, who are even poorer this year.

"This year we don't know what to do," he says. "We distributed boxes of food, but we feel like we didn't do anything. There are many people who don't have houses or families here who would normally have iftar with us. This year, we feel like Ramadan is not like it was before."