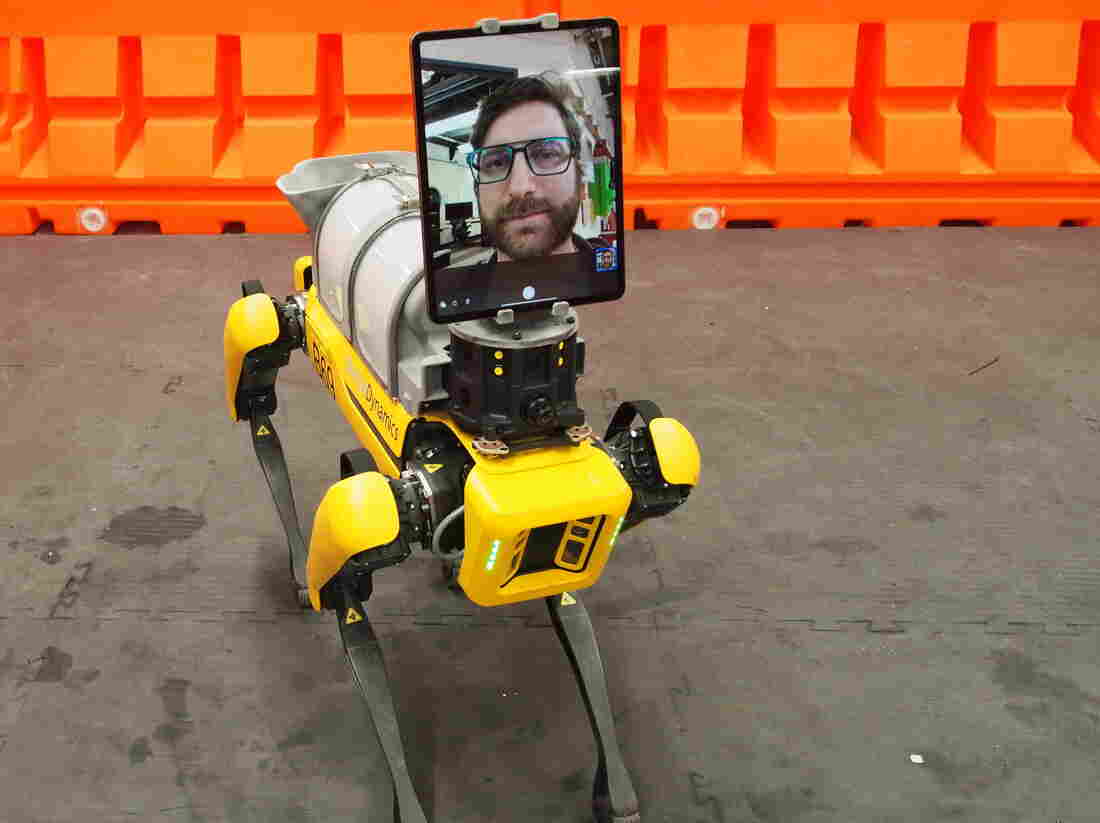 Spot, a four-legged robot, is being tested at Boston's Brigham and Women's Hospital as a way to treat some COVID-19 patients. Boston Dynamics hide caption 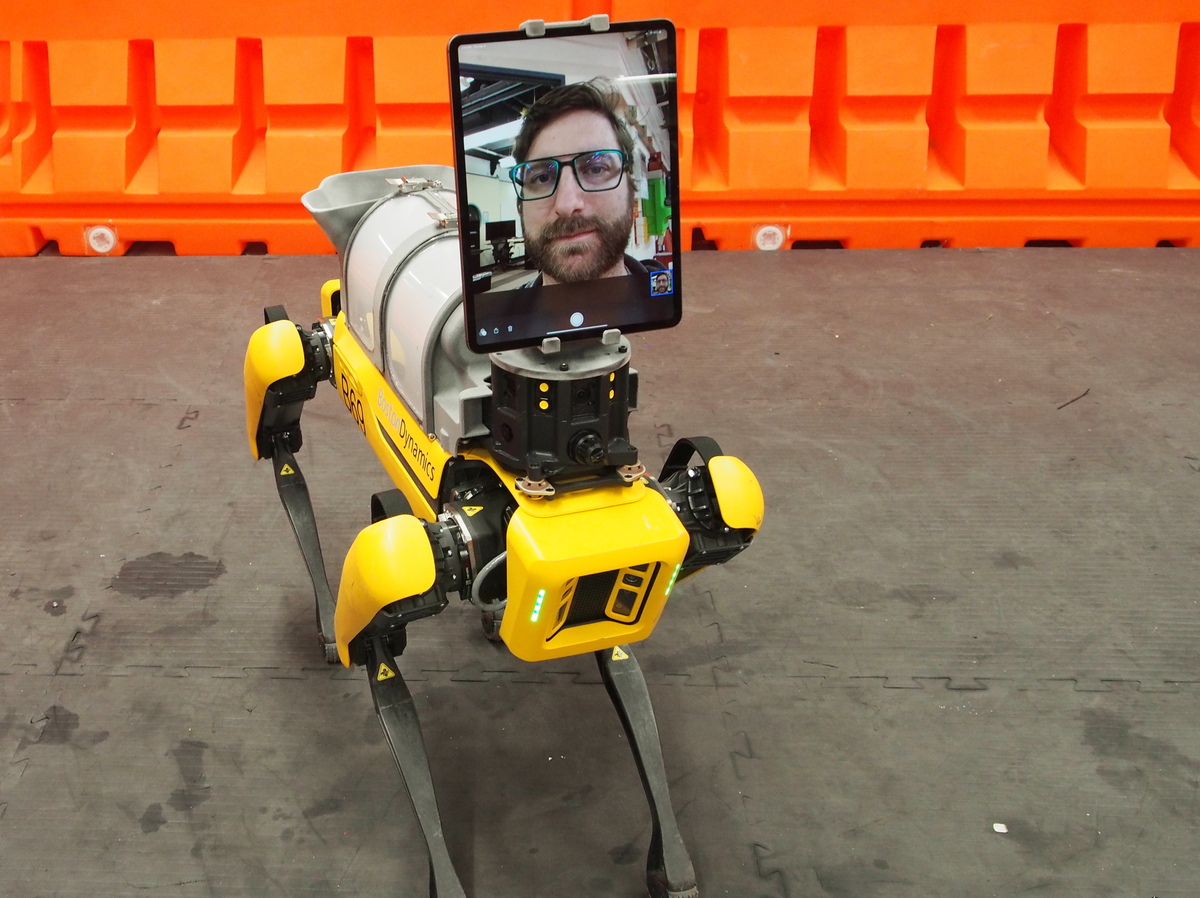 Spot, a four-legged robot, is being tested at Boston's Brigham and Women's Hospital as a way to treat some COVID-19 patients.

Brigham and Women's Hospital in Boston has been testing a new piece of hardware to help them treat coronavirus cases — a robot called Spot.

Last week, the hospital began using the robot in interviewing patients suspected of having less-serious cases of COVID-19. It's only been deployed a handful of times so far, but according to Peter Chai, an emergency medical physician at Brigham and Women's, the hope is that using Spot could limit staff exposure to COVID-19.

"It also eliminates PPE," said Chai in an interview. "Spot doesn't need to wear a mask or gown."

Spot was developed by robotics firm Boston Dynamics and has been on the market for some time. The robot's distinct four-legged design helps it navigate terrain where humans and other robots may have difficulty going, says Michael Perry, vice president for business development.

"Part of the benefit of legged mobility is going to spaces that wheeled robots and drones cannot go," Perry told NPR.

Although Spot was not developed specifically for medical purposes, the firm says that once the pandemic hit, hospitals began asking "if our robots could help minimize their staff's exposure."

"One of the hospitals that we spoke to shared that, within a week, a sixth of their staff had contracted COVID-19 and that they were looking into using robots to take more of their staff out of range of the novel virus," Boston Dynamics said in a statement.

Boston Dynamics then consulted with MIT and Brigham and Women's, outfitting Spot with an iPad and radio so a medical technician could interface with patients in the triage tent the hospital — and others — use for potential COVID-19 patients.

So far, Spot has been mainly used to interview patients, but Perry adds that the next plan is to have the robot start taking vital signs of new patients, which he says could happen as soon as next week.