Accessibility links
NYC Poison Control Sees Uptick In Calls After Trump's Disinfectant Comments : Coronavirus Live Updates A higher-than-usual number of callers reported exposure to disinfectants and cleaners following the president's Thursday briefing. Nationwide, there has been a 20% rise in such cases this year. 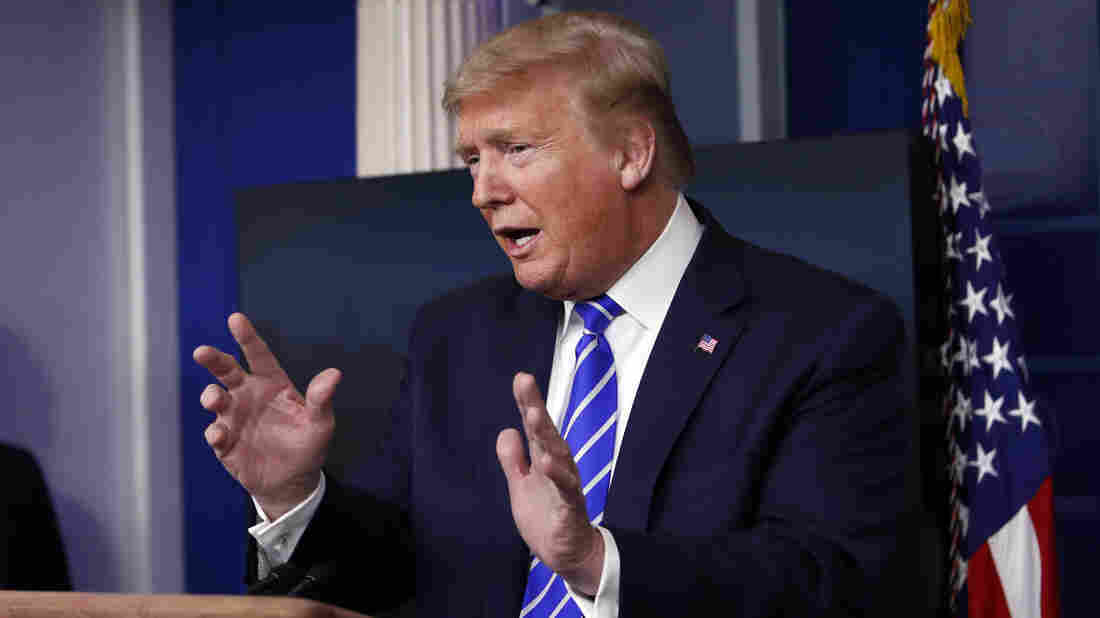 President Trump on Thursday speculated about using disinfectants as possible treatments for the coronavirus. Poison control centers have seen an uptick in calls about cleaner and disinfectant exposures through March of this year. Alex Brandon/AP hide caption 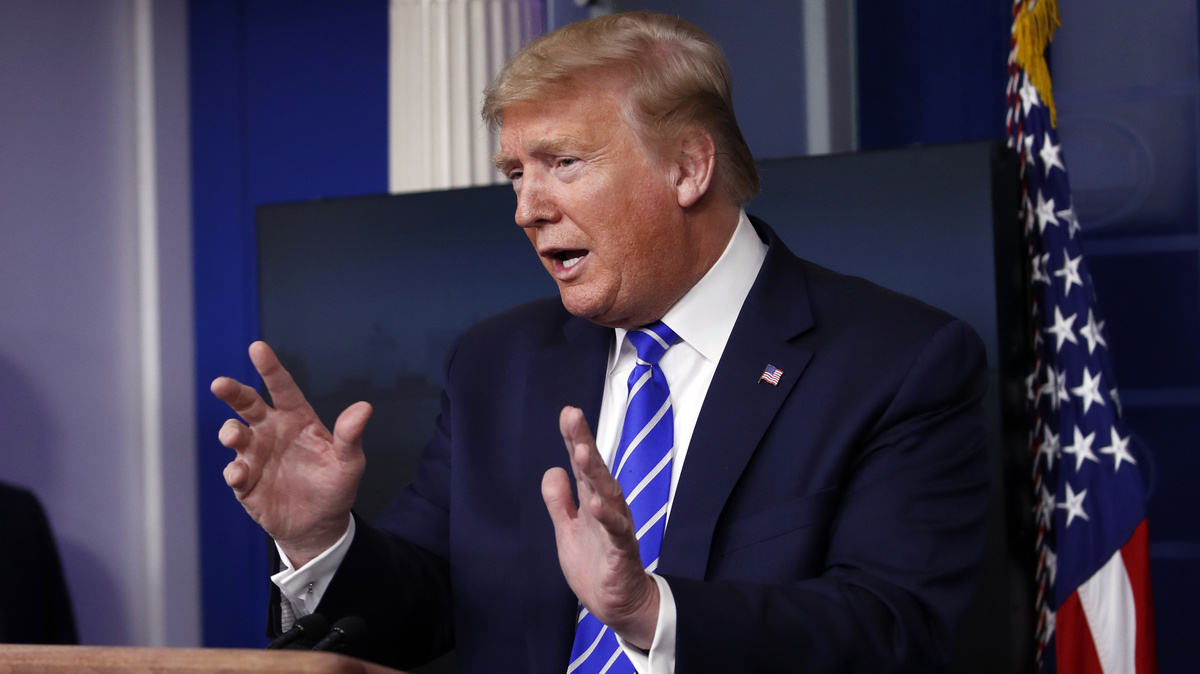 President Trump on Thursday speculated about using disinfectants as possible treatments for the coronavirus. Poison control centers have seen an uptick in calls about cleaner and disinfectant exposures through March of this year.

New York City says its poison control center received a higher-than-normal number of calls in the day after President Trump speculated that injecting household disinfectants could be a coronavirus treatment.

The city's Department of Health and Mental Hygiene said that in an 18-hour period ending at 3 p.m. Friday, the poison control center recorded 30 cases. These included nine "specifically about exposure to Lysol, 10 cases specifically about bleach and 11 cases about exposures to other household cleaners," department spokesperson Pedro F. Frisneda tells NPR. That compares with only 13 cases for the same time frame one year ago.

That same day, the city's health commissioner released a message discouraging New Yorkers from injecting bleach and other disinfectants.

"Very clearly, disinfectants are not intended for ingestion either by mouth, by ears, by breathing them in — in any way, shape or form. And doing so can put people at great risk," said Dr. Oxiris Barbot in a video posted to Twitter.

Should you inject bleach to fight COVID-19?

At Thursday's daily briefing, Trump conjectured that ingesting disinfectant could be worth looking into as a way to treat the virus.

"I see the disinfectant — where it knocks it out in a minute, one minute. And is there a way we can do something like that, by injection inside or almost a cleaning?"

Trump walked back his remarks the next day, calling them a sarcastic question to reporters, "just to see what would happen."

Public health agencies, medical experts and at least one manufacturer have widely urged against ingesting disinfectants and household cleaners in any form.

Regardless of the impact of the suggestion, reported cases of exposure to and ingestion of disinfectants and cleaners have increased, according to data from poison control centers.

A report posted online this week by the Centers for Disease Control and Prevention says that cases of exposure to cleaners and disinfectants have gone up 20% from January through March 2020 compared with the same time period last year.

The CDC notes that the spike in calls began in early March but cautioned that it could not prove a "definite link between exposures and COVID-19 cleaning efforts."

"Although a causal association cannot be demonstrated, the timing of these reported exposures corresponded to increased media coverage of the COVID-19 pandemic, reports of consumer shortages of cleaning and disinfection products, and the beginning of some local and state stay-at-home orders," the report goes on to say.