Accessibility links
Italy's Prime Minister Announces Gradual Easing Of COVID-19 Lockdown : Coronavirus Live Updates In a nationwide television address, Giuseppe Conte said that a phased lifting of restrictions would begin May 4, and if all goes well, most would end by June 1. 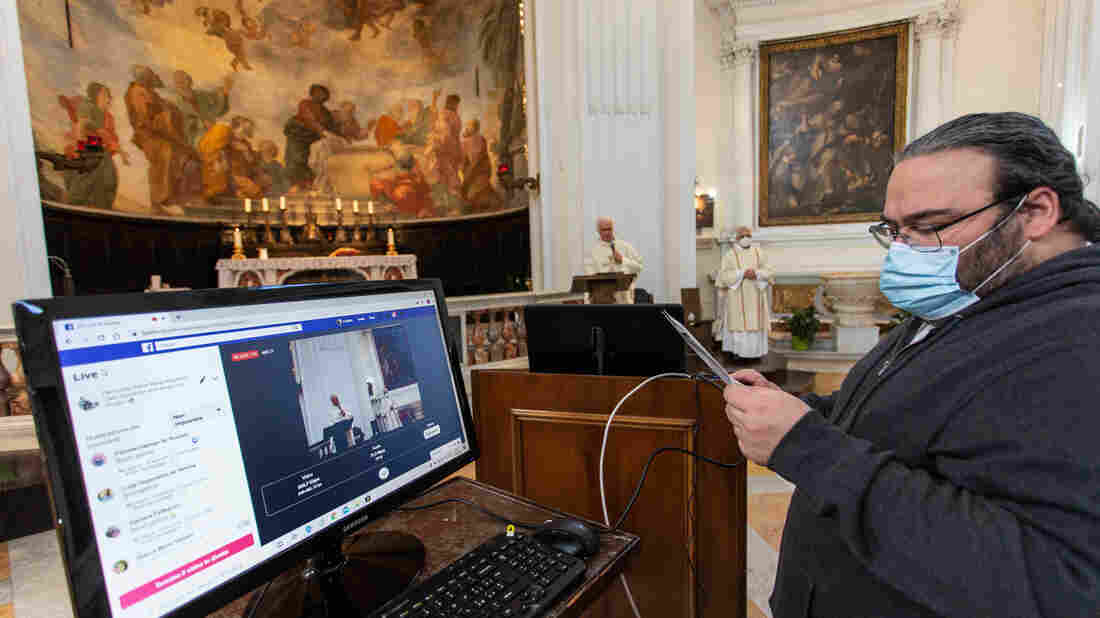 A technician sets up a livestream in Rome's empty Santa Maria Assunta in Cielo church on Sunday. Italy's prime minister has announced a gradual ending of restrictions in the hard-hit country. Ernesto Ruscio/Getty Images hide caption 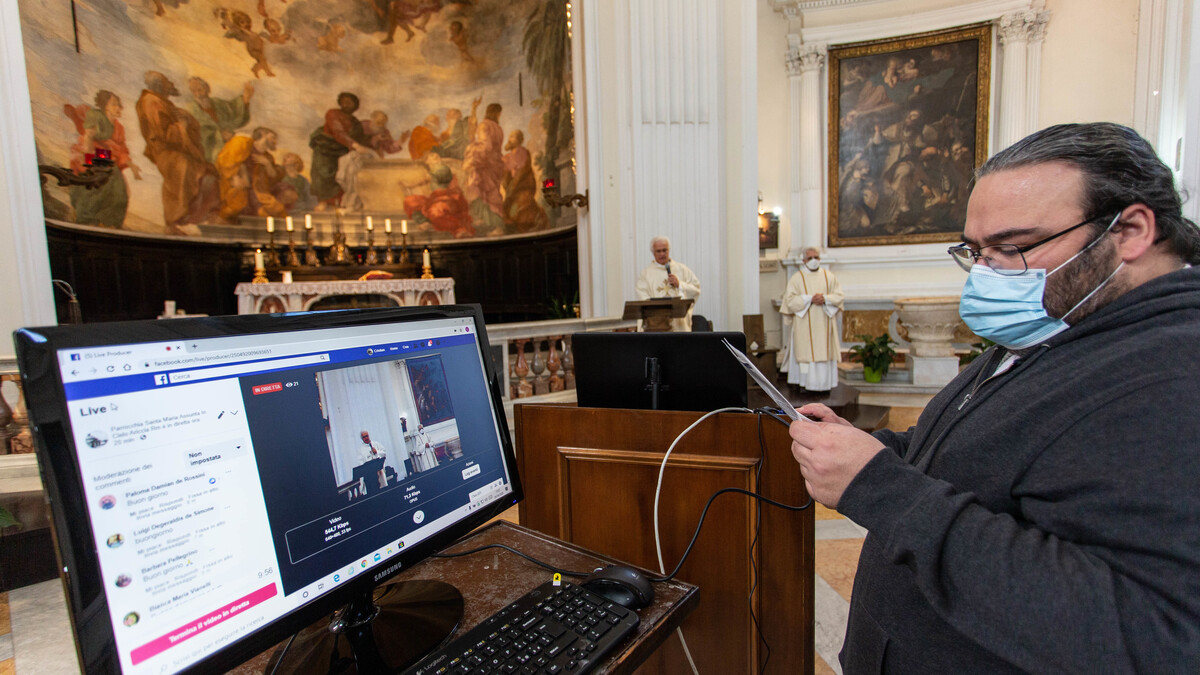 A technician sets up a livestream in Rome's empty Santa Maria Assunta in Cielo church on Sunday. Italy's prime minister has announced a gradual ending of restrictions in the hard-hit country.

Italy's Prime Minister Giuseppe Conte announced Sunday that his country will soon begin the process of reopening its economy after undergoing the longest novel coronavirus lockdown anywhere to date.

In a nationwide television address, Conte said that beginning May 4, Italians would be allowed to use parks, visit relatives and attend funerals as part of a phased plan for lifting restrictions as the daily number of new COVID-19 cases trends downward from a peak of 6,557 on March 21.

There have been more than 26,000 deaths in Italy from the disease since the country's first cases were reported just over two months ago. On Sunday, Italy reported 260 new deaths, its lowest daily total since March 14.

Conte said if all goes well, stores and museums would reopen beginning May 18 and sports teams could resume group training. Restaurants, cafes and hair salons would be allowed to reopen on June 1.

He said classes at schools would resume in September.

The wearing of face masks in public and continued social distancing would be strictly enforced, even as other restrictions were gradually lifted.

Italy was embarking on an era of "responsibility and coexistence with the virus," Conte told the nation.

"We cannot continue beyond this lockdown — we risk damaging the country's socioeconomic fabric too much," he said, adding that the "damage" to the national fabric if the shutdown is not lifted "could be irreversible."

However, Conte warned that "the curve of contagion can rise again, it will go out of control, deaths will climb and we'll have irreparable damage" to the economy if the people do not carefully adhere to the guidelines.

The prime minister did not outline plans for religious services, but after Italy's bishops complained, Conte's office said it would release plans for a return to public worship as soon as possible.