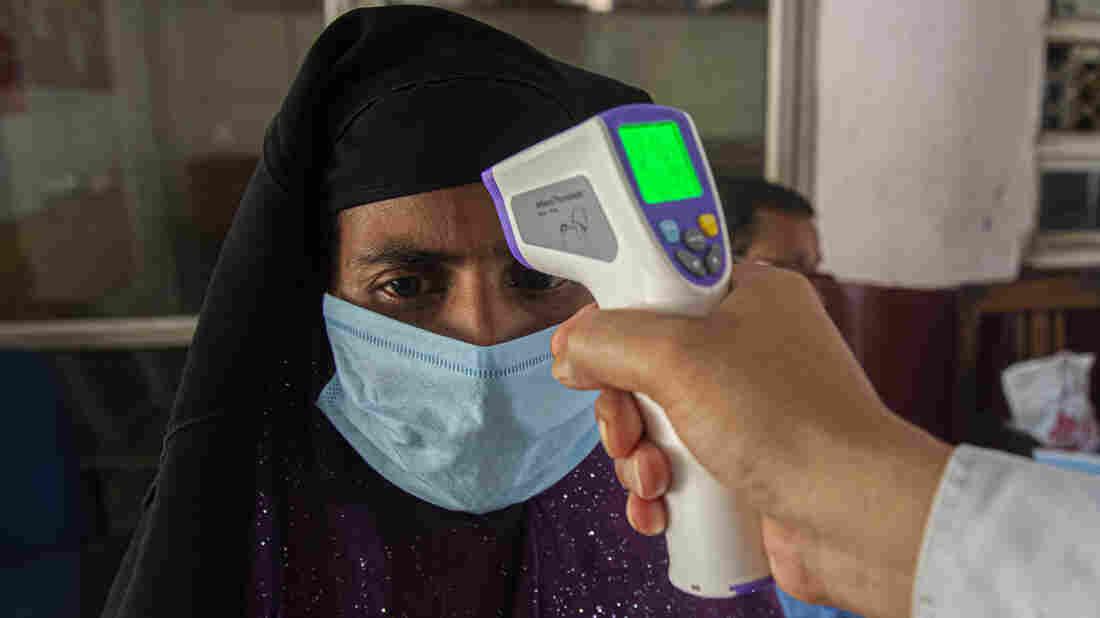 A health worker checks the temperature of passengers about to board a bus on Monday to their villages in Gauhati, India, after they were stranded during a lockdown to curb the spread of the new coronavirus. Anupam Nath/AP hide caption 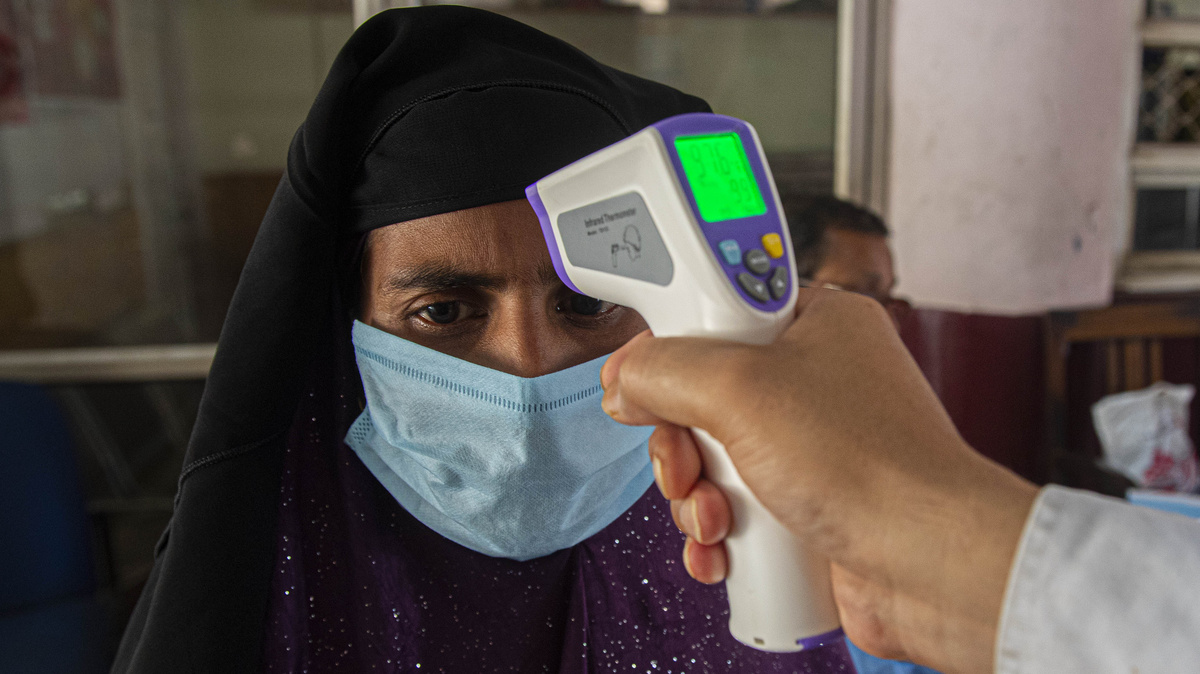 A health worker checks the temperature of passengers about to board a bus on Monday to their villages in Gauhati, India, after they were stranded during a lockdown to curb the spread of the new coronavirus.

The fear was that if COVID-19 were to spread through India's densely crowded cities, especially its slums, millions could die. The toll could be much worse than in Europe or the United States, where there are many more doctors and hospitals per capita.

But about five weeks later, parts of the country are seeing a dramatic drop in mortality. Funeral directors and ambulance drivers are bewildered. Instead of seeing a deluge of COVID-19 patients, many say their facilities are less crowded.

India has counted more than 20,000 active cases of COVID-19 and about 900 deaths, though testing has not been widespread.

There are other, unproven theories as to why India's coronavirus death toll is not higher: Some believe a certain type of tuberculosis vaccination common in India may offer some immunity. Others believe India's heat and humidity may kill the virus.

But those who work in funeral services say the drop in mortality, under lockdown, is a bitter illustration of how deadly India can be in normal times. They credit a near-total lockdown that has averted road and railway accidents and thwarted some types of crime.

"We typically get 20 bodies a day, but these days it's one or two, maximum," says Lakshmi Kumar, 46, proprietor of Kumar International, which offers private ambulance and funeral services in the southern city of Bengaluru but does not handle COVID-19 cases. "We still get the occasional heart attack victim, but otherwise it's quiet. There haven't been road accidents, because everyone is staying at home."

The government recorded more than 150,000 deaths from road accidents in 2018, the most recent year for which data are available. (Many deaths go unregistered though, so the real toll is probably higher.) By contrast, the U.S., which has higher car ownership per capita, saw more than 36,000 road deaths the same year.

In Mumbai, A Safety Campaign For The World's Deadliest Rail System

In Mumbai, A Safety Campaign For The World's Deadliest Rail System

In the commercial capital Mumbai, an average of about eight people are killed per day on commuter trains. Since passenger trains were halted on March 22, eight people have died so far in all of April. (Some cargo services are still running.) Mumbai reported a 20% drop in all non-COVID-related deaths last month, compared to March 2019.

It's unclear how many deaths have occurred at home and may have gone unreported.

In Bengaluru, police cite a dramatic decrease in murder and theft under lockdown.

With so few deaths, Kumar, the funeral director, is struggling to make payroll for her 45 employees.

"It's the worst since our business opened in 1994," she says. "I've never seen such a quiet period."

NPR producer Sushmita Pathak contributed to this report from Mumbai.