Accessibility links
Germany Will Adopt 'Decentralized' Approach To Contact Tracing For COVID-19 : Coronavirus Live Updates Privacy advocates had warned against Germany's plan to store cellphone-tracking information in a central database rather than on users' phones. 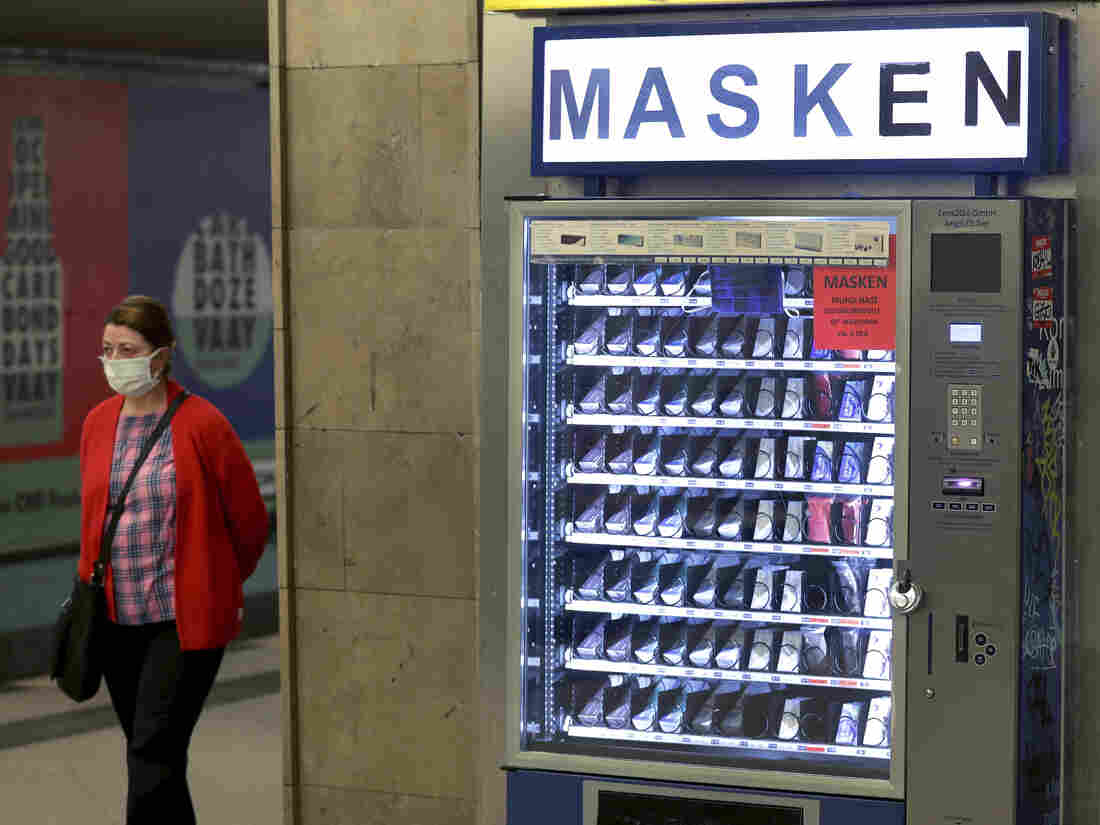 A woman walks past a vending machine that offers washable face masks in a Berlin subway station on Monday. German officials have said they will endorse a decentralized approach to coronavirus contact tracing. Michael Sohn/AP hide caption 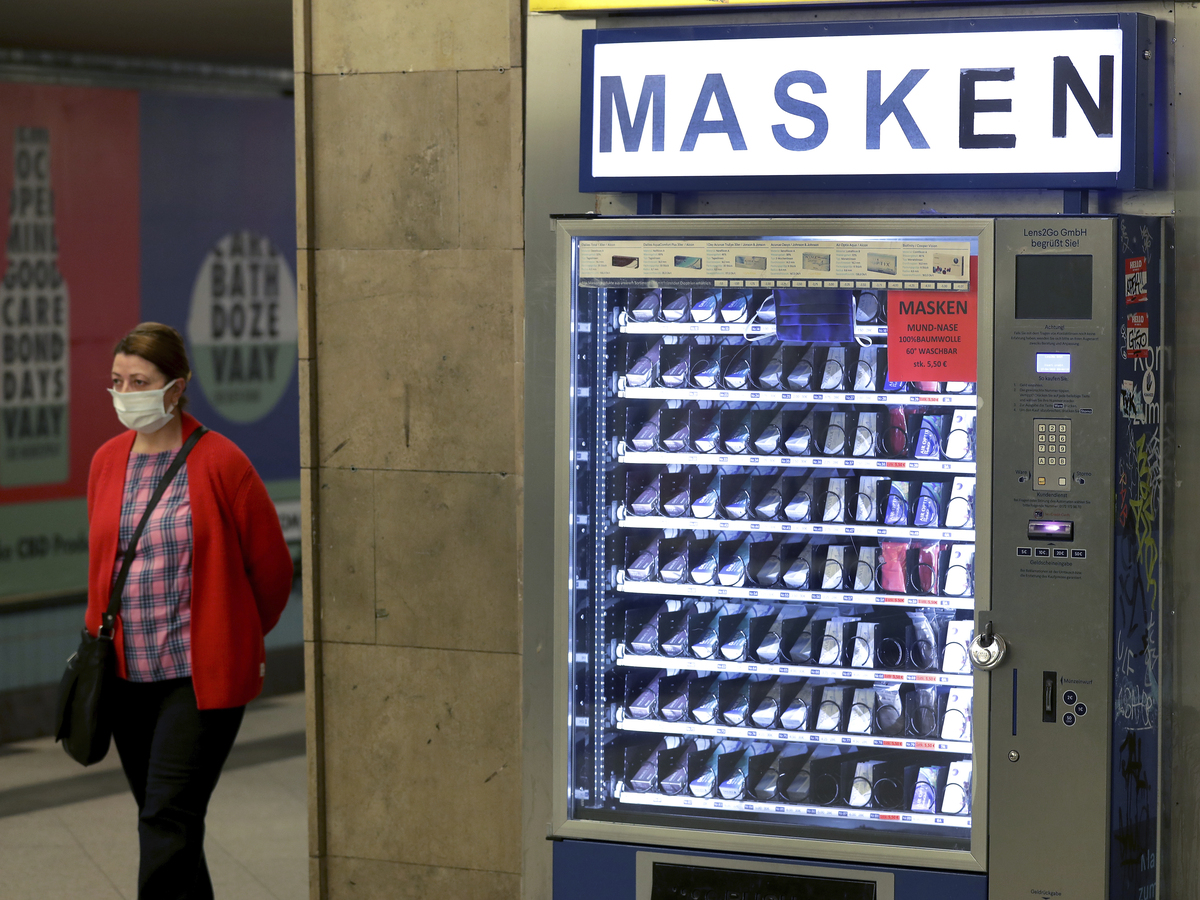 A woman walks past a vending machine that offers washable face masks in a Berlin subway station on Monday. German officials have said they will endorse a decentralized approach to coronavirus contact tracing.

Germany is backing away from a centralized digital contact tracing program it had been considering to combat the coronavirus, saying the effort will only work if people trust that their privacy is being respected.

German officials had planned to collect data from users' cellphones and store the data in a central repository. That approach would give health officials greater access to information that could help slow the spread of the coronavirus. But it troubled privacy advocates, who worry about a slippery slope if the government has access to so much personal information about citizens' interactions.

Over the weekend, governmental ministers reversed course, saying the country would move to a decentralized approach.

"This app should be voluntary, meet data protection standards and guarantee a high level of IT security," Chancellery Minister Helge Braun and Health Minister Jens Spahn said in a statement, according to Reuters. "The main epidemiological goal is to recognize and break chains of infection as soon as possible."

Contact tracing works by identifying anyone that an infected individual has come into contact with, and then notifying people who might have been exposed. Apple and Google announced earlier this month they are creating a tracing system that uses cellphones' ability to detect nearby phones via Bluetooth.

Apple and Google are taking what is known as a decentralized approach, in which all the potentially identifying information is stored locally, on users' phones.

The centralized system originally preferred by German officials would have required Apple to change the settings on its phones to allow for the collection of information. Reuters, citing a "senior government source," says Germany backtracked after Apple refused to make that change.

Earlier this month, hundreds of academics from around the world warned of the potential consequences of unchecked automatic contact tracing.

"We are concerned that some 'solutions' to the crisis may, via mission creep, result in systems which would allow unprecedented surveillance of society at large," said a letter signed by nearly 300 professors around the globe.

"Solutions which allow reconstructing invasive information about the population should be rejected," they wrote, warning that a state, the private sector or hackers could use that data to spy on citizens.

The European Parliament supports a decentralized approach, and it has cautioned that there is a "potential risk of abuse" if data is stored in a centralized database.

Editor's note: Apple and Google are among NPR's sponsors.

An earlier version of this story misspelled Jens Spahn's first name as Mens.