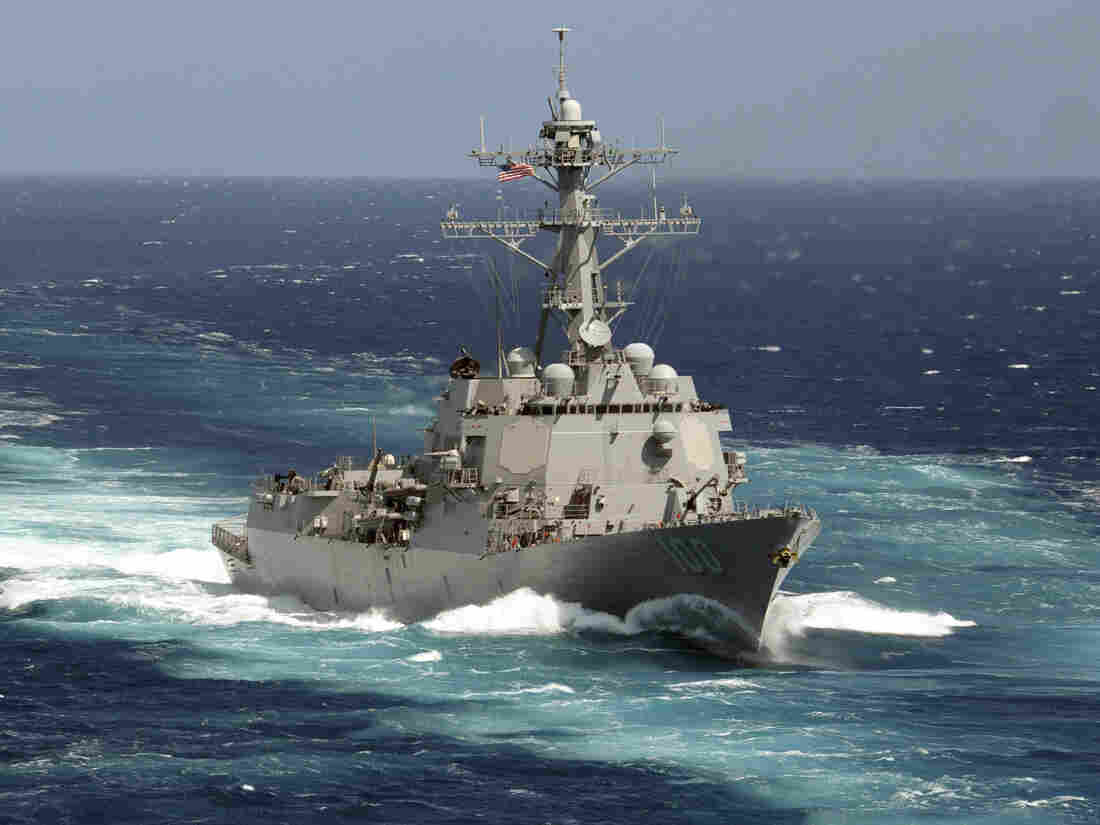 On Monday, the Navy said 47 crew members of the USS Kidd have tested positive for the coronavirus. This 2011 photo made available by the U.S. Navy shows the guided-missile destroyer in the Pacific Ocean. Carla Ocampo/AP hide caption 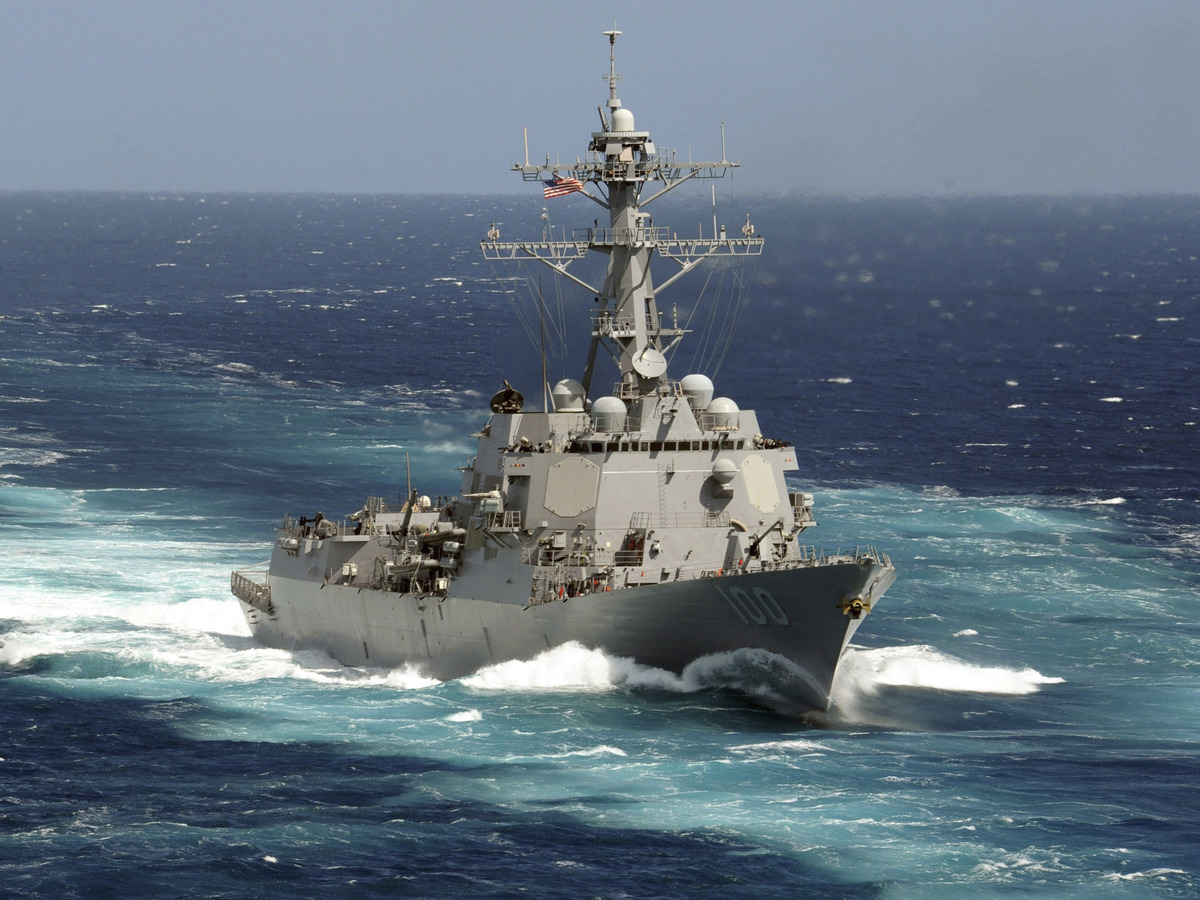 On Monday, the Navy said 47 crew members of the USS Kidd have tested positive for the coronavirus. This 2011 photo made available by the U.S. Navy shows the guided-missile destroyer in the Pacific Ocean.

This is the second reported outbreak of COVID-19, the disease caused by the virus, aboard a Navy vessel at sea. After concerns were raised about cases aboard the nuclear-powered carrier USS Theodore Roosevelt, one sailor assigned to that ship died from coronavirus complications earlier this month.

Roughly half the crew members on the USS Kidd have been tested for the virus, and some have been evacuated, the Navy said.

"As of today, 45% of USS Kidd (DDG 100) crewmembers have been tested for COVID-19, with 47 total positive results, according to Navy Live, the service branch's official blog:

"Two Sailors have been medically evacuated to the United States. 15 Sailors have been transferred to USS Makin Island (LHD 8) for monitoring due to persistent symptoms. None are in the ICU or on ventilators. Sailors aboard Kidd are wearing PPE and N95 masks."

The Navy also reports that initial COVID-19 testing of sailors from the Roosevelt is now complete, adding there are 955 active cases, along with 14 recovered cases.

In a message posted to the USS Kidd's Facebook page over the weekend, details were given on how the doctors on the ship were "working tirelessly to not only test new cases but to care for our positive cases."

The post signed by the destroyer's executive officer, Cmdr. Matt Noland, said the crew is navigating a return to port. But he also made it clear they are in the midst of a battle.

"I am an optimist, but make no mistake. KIDD is in a fight right now, against COVID and against anyone out there who might want to capitalize on what they perceive as a weakness," the Facebook post said. "Destroyers are tough ships that breed tough Sailors. Warfighters. We've got this."

The USS Kidd's home port is in Everett, Wash.; NPR has learned the vessel will likely visit a port along the California coast when it returns to the mainland U.S.

On Friday, CNN reported the USS Kidd was on a "counter narcotics mission" and at the time reported at least 18 crew had fallen ill with the virus.

This came on the same day NPR reported on what could be a rare about-face for the nation's military, as top leaders in the Navy have recommended Capt. Brett Crozier be returned to his command of the Theodore Roosevelt.

Crozier was relieved of his command duties on April 2 by then-Acting Navy Secretary Thomas Modly.

Modly later resigned over his handling of the affair, including his statements to sailors on the Roosevelt in which he pilloried Crozier's leadership during the crisis.

In March, Crozier penned a letter to his superiors which was also widely circulated in the media, urging quick and aggressive action due to a dangerous outbreak of the virus.