Accessibility links
Social Distancing Violations Lead To Frustration, Anger : Coronavirus Live Updates Some people stand too close, or jog without masks, or go so far in their defiance as to throw "coronavirus parties." What should you do if you see people who are not maintaining social distance? 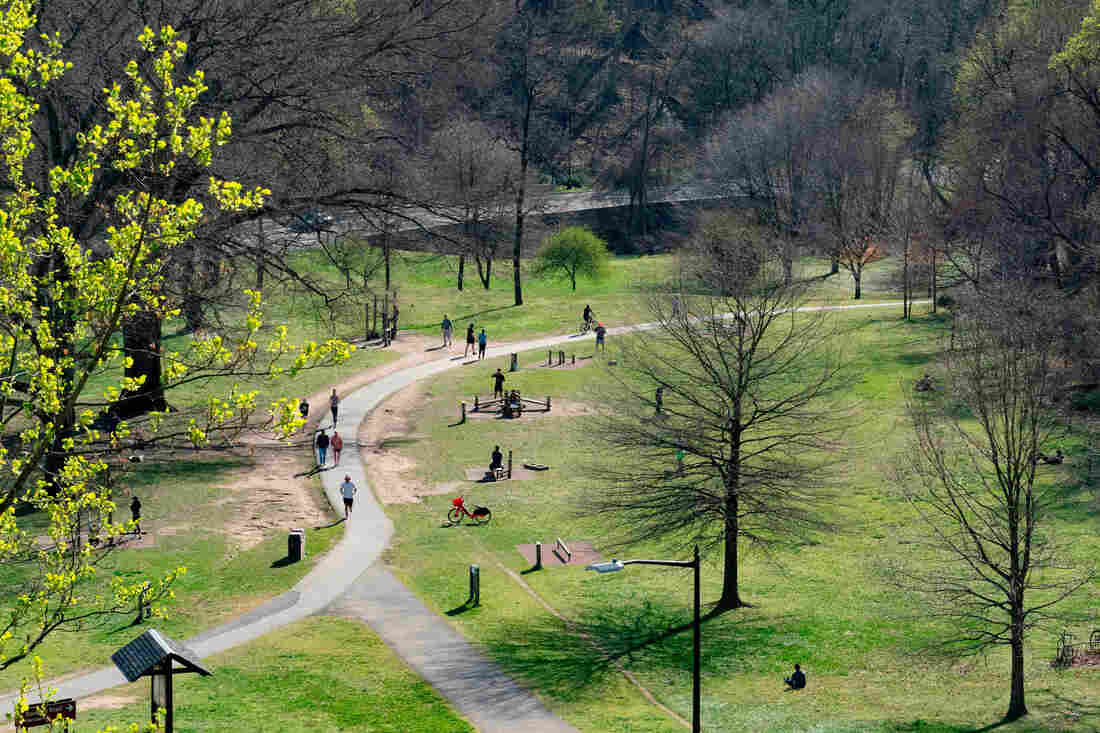 People enjoy the Rock Creek Park in March in Washington, DC. While many Americans are following social distancing guidelines, others are not, and that worries people concerned about the spread of the coronavirus. Alex Edelman/AFP via Getty Images hide caption 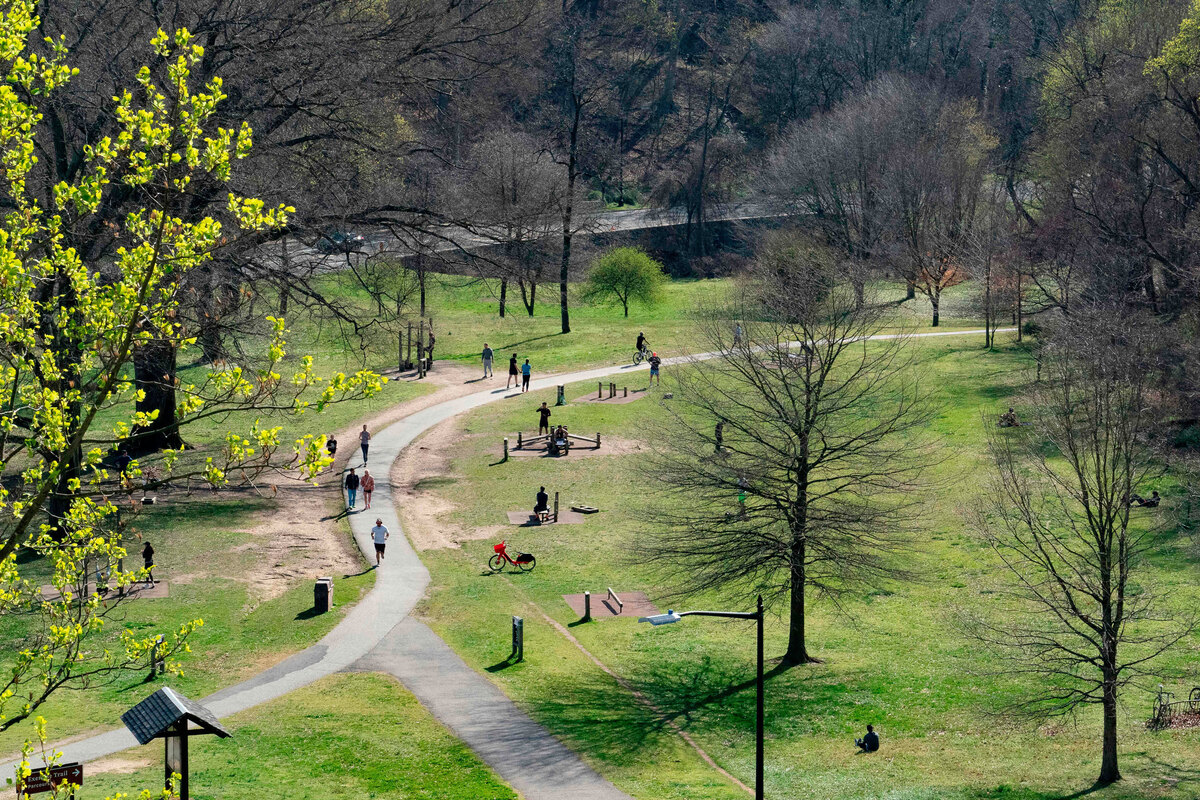 People enjoy the Rock Creek Park in March in Washington, DC. While many Americans are following social distancing guidelines, others are not, and that worries people concerned about the spread of the coronavirus.

Debony Hughes remembers driving last week to a national park in the nation's capital where not everyone was practicing social distancing.

"It was a beautiful day; it was really crowded. We noticed that there were so many people without masks," Hughes says, recalling that it made the friend she was with particularly angry. "She started screaming out of the car, 'Put on your mask! Where's your mask!' "

While people across the country are following the social distancing guidelines that health authorities say are necessary to keep the coronavirus from spreading, plenty of people are not.

Some walk too close to others in the supermarket. Others bike or jog without masks, panting as they go by. Some people go so far in their defiance as to throw "coronavirus parties."

The guidelines are not mandatory in most states. And that frustrates many Americans who feel tempted to say or do something when they see people violating them.

"In these moments of uncertainty we all suddenly feel the need to police our own behavior, but also police other people's behavior as well," says Northeastern University health law professor Aziza Ahmed.

So what do you do if you see people violating social distancing norms? Experts say trying to intervene carries risks, while online shaming can be counterproductive.

Ahmed has studied epidemics, but this one hit home for her. A couple of weeks ago she gave birth at a hospital in Boston that had a large number of COVID-19 patients.

"It was a scary experience," she says, "and I could tell the health care workers were on edge, and I was on edge, and you know everybody was trying their best in a really hard situation."

She says there's a lot of confusion about the coronavirus that stems not only from the uncertainty over how it is transmitted, but also from the Trump administration's mishandling of the crisis.

She says it reminds her of South African President Thabo Mbeki's delay of HIV treatments in the early 2000s. Harvard researchers have estimated that upwards of 300,000 lives were lost because of his policies.

Hughes, the visitor to Washington D.C.'s Rock Creek Park, was back there again this weekend with another friend, Joy Shepard.

They both wore masks during their 6-mile hike, and were not happy that many people in the park did not have them. But they kept that opinion to themselves. Instead, they blamed the uneven compliance with what they said is inconsistent messaging from health and political authorities.

"The problem is that they keep changing the story," said Shepard. "First they say that the masks are for other folks, then they say the masks are protecting others from you. So people say to themselves, 'I know I'm not sick, so why should I bother to wear a mask.'"

Ahmed, the health law expert, says at this point in the epidemic it's reasonable to ask someone to move away if they're within six feet of you.

But if the problem is that they're not wearing a mask, you may make things worse by intervening.

"The facts are often not so clear," she says. "We have to ask why aren't they wearing a mask, is it someone actually trying to intentionally expose somebody else to COVID? ... All these dynamics need to be approached with empathy. Nobody wants to be sick. Nobody wants to die of COVID." 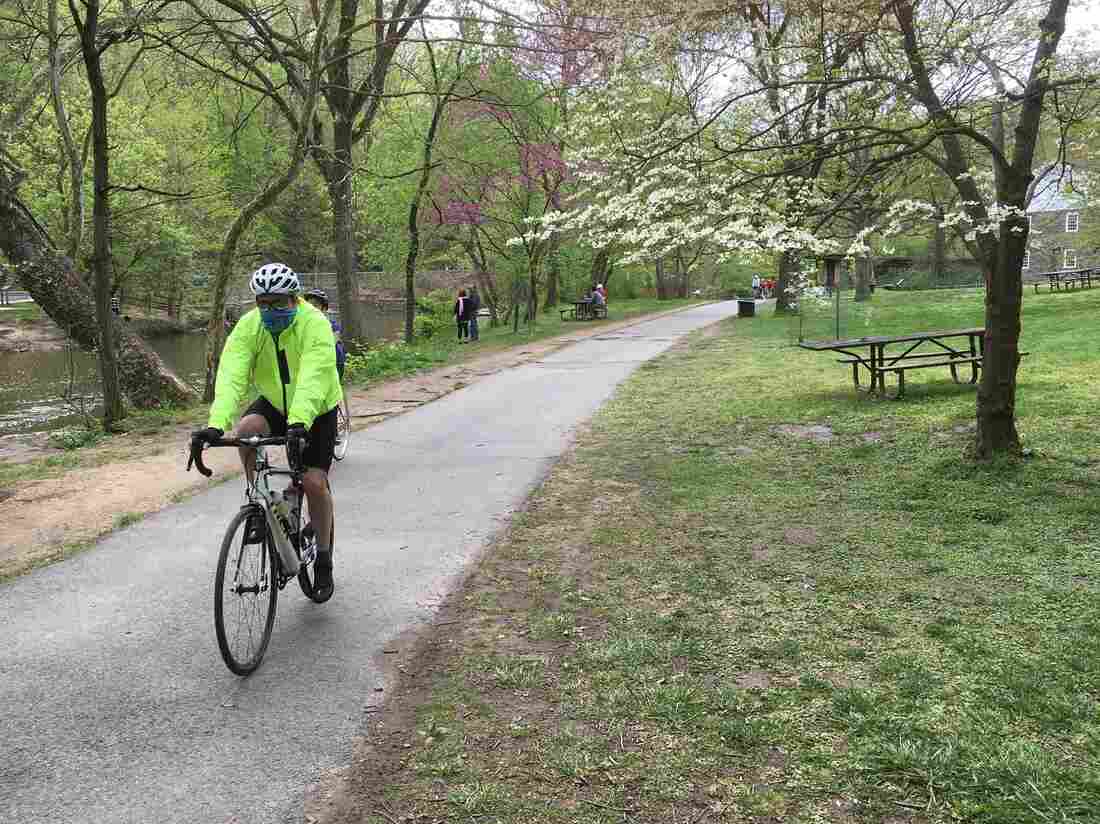 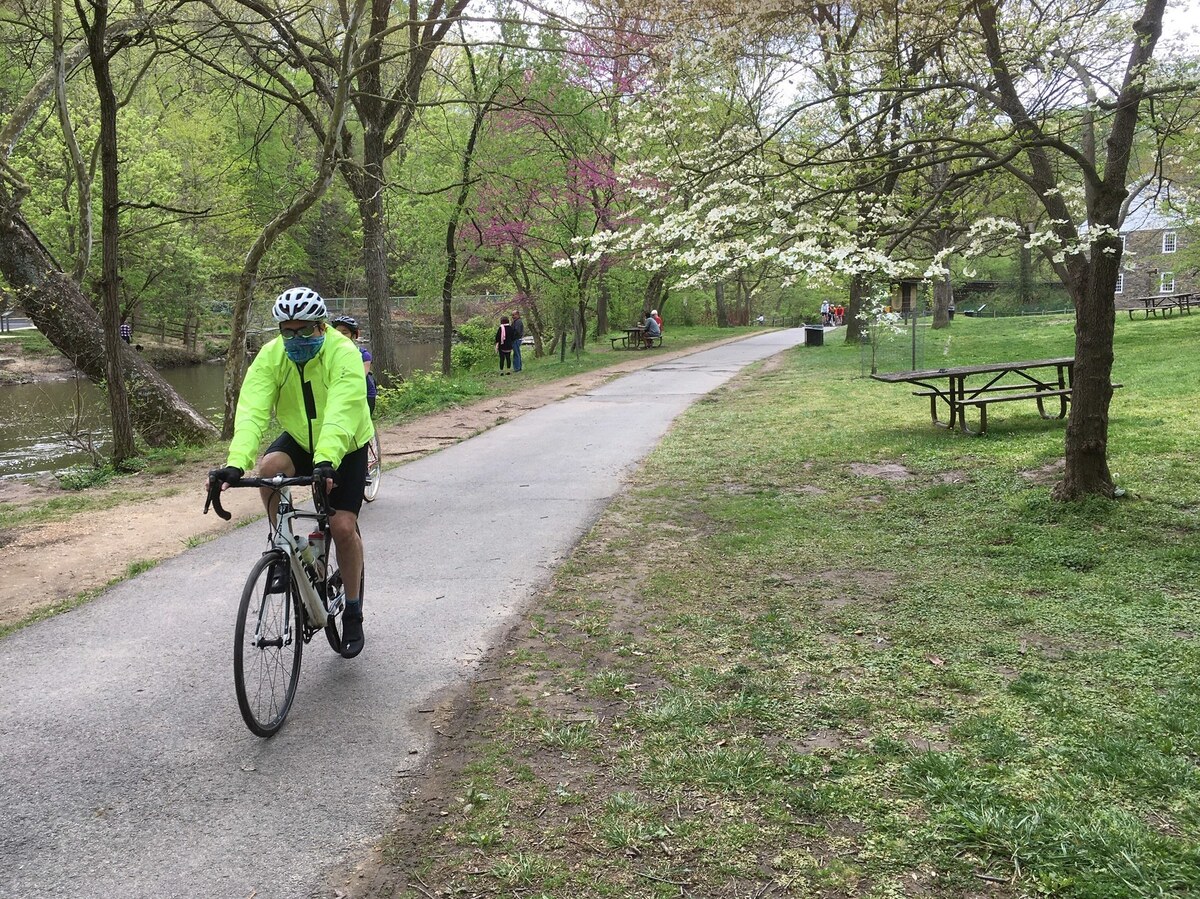 A biker wearing a mask cycles through Rock Creek Park in Washington, D.C. on Saturday, April 15.

One place empathy is in short supply these days is on social media.

Syon Bhanot teaches behavioral economics at Swarthmore College and says that in his neighborhood the local networking site Nextdoor is full of people venting.

"You could talk about Nextdoor Swarthmore for many, many radio stories," he says. "A lot of it is saying, what's wrong with you people, what are you guys doing? Why are there packs of kids outside?"

With all the economic suffering that's resulted from social distancing, he's not surprised people are pushing back against the constraints.

He said that according to "reactance theory," defined in the 1960s by American psychologist Jack Brehm, when people are told not to do something, they feel more of an urge to do to it.

"You can broadly think about it as, anytime you're confronted – like you confront your spouse for not taking out the garbage, or something, there's a sort of self-defense, reflexive mechanism of, 'Well, you know, but you didn't do the dishes last night or something, right?'" Bhanot says.

And confronting someone you don't know about their social distancing behavior carries the risk of escalation, he says.

If instead you snap a picture of them and post it on social media, you may think you're communicating proper behavior.

"But at the same time, you know, you're also broadcasting a bad norm," the behavioral economist says. "So you're saying, look at all these 50 people in this park, and a lot of people will look at that and say, 'Well, I mean, there are 50 people in the park, though, so maybe it's actually not that bad!'"

He says it's better to post a picture of yourself with a mask and react positively to others who do the same.

If that convinces just a couple people, and they do it too, he says the behavior will multiply, like a virus.