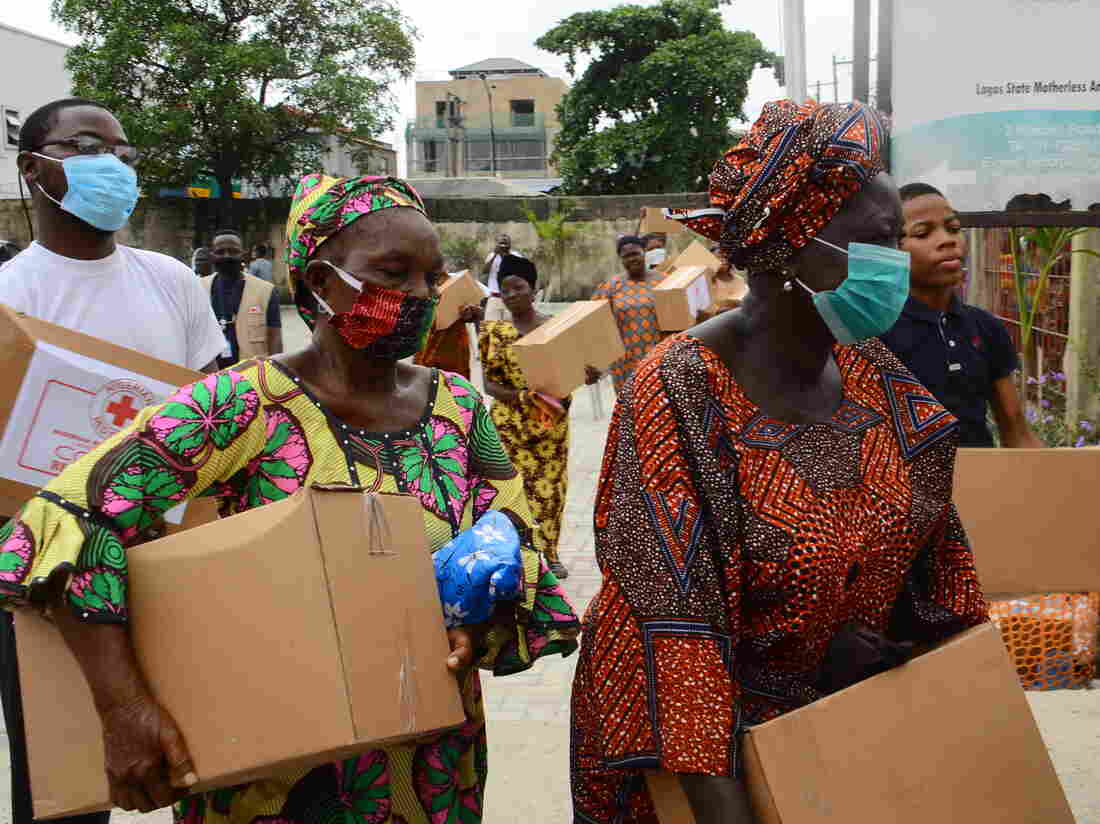 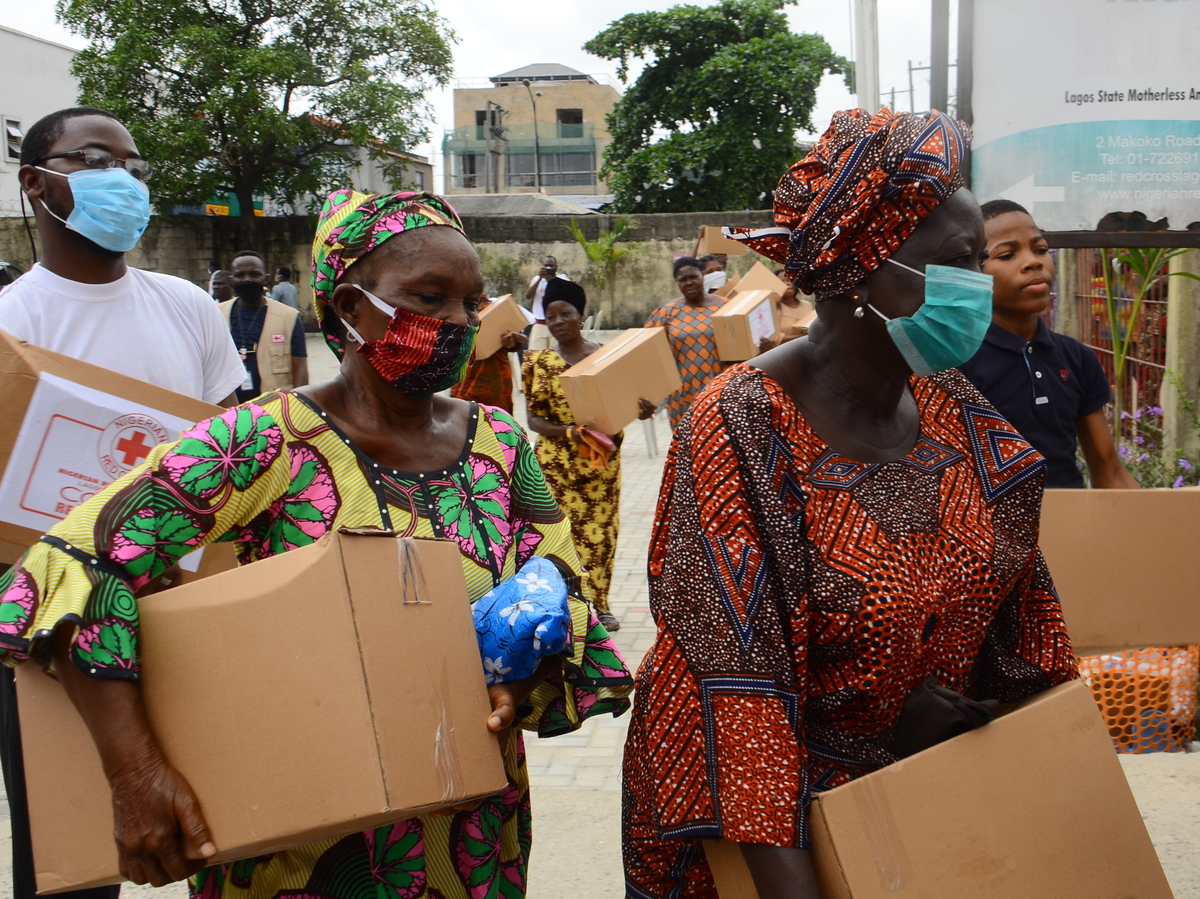 People collect emergency rations of food and essential supplies from the Red Cross Society of Nigeria in Lagos State earlier this week.

Nigeria's president has announced the country will begin easing a more than month-long coronavirus lockdown in the capital Abuja, and its largest city, Lagos, even as he imposed restrictions on another city where COVID-19 has surged.

President Muhammadu Buhari said the stay-at-home orders imposed on March 30 have come at a "very heavy economic cost," as ordinary Nigerians, many of whom rely on daily wages to survive, have been left without enough money to eat. Instead, Buhari said, there would be a "phased and gradual" lifting of the lockdown beginning on May 4.

He said a dusk-to-dawn curfew would remain and that anyone out during the day will be required to don a face mask.

"No country can afford the full impact of a sustained lockdown while awaiting the development of vaccines," he said.

Nigeria is one of the world's largest oil producers, and the precipitous drop in world oil prices has also put the country in an economic bind. It has slashed production as demand has plummeted amid stay-at-home orders across the globe.

Lagos, with a population of 21 million people, is the largest city in Africa. Abuja, the capital, is home to some 3.3 million people.

Although the number of new cases in Nigeria appears to have peaked last week, with 208 reported on April 22, limited testing and poor health care and communications infrastructure in the country, as in much of Africa, have left experts and the government with little in the way of meaningful data on which to base policy.

Officially, there have been more than 1,300 coronavirus infections in Nigeria and 40 COVID-19 deaths. Among the dead was Abba Kyari, Buhari's trusted chief of staff, who succumbed to complications from the disease on April 17 at age 67.

In a worrying sign that the outbreak in Nigeria is not over even as the government aims for a return to normalcy, Buhari also imposed new restrictions on the northern state of Kano, where cases have risen to 77 and public officials are looking into a reported spike in deaths, according to Reuters.

The governor of Kano State had already imposed a lockdown there on April 16, but Buhari extended it by an additional two weeks.

"The federal government shall deploy all the necessary human, material and technical resources to support the state in controlling and containing the pandemic," he said.