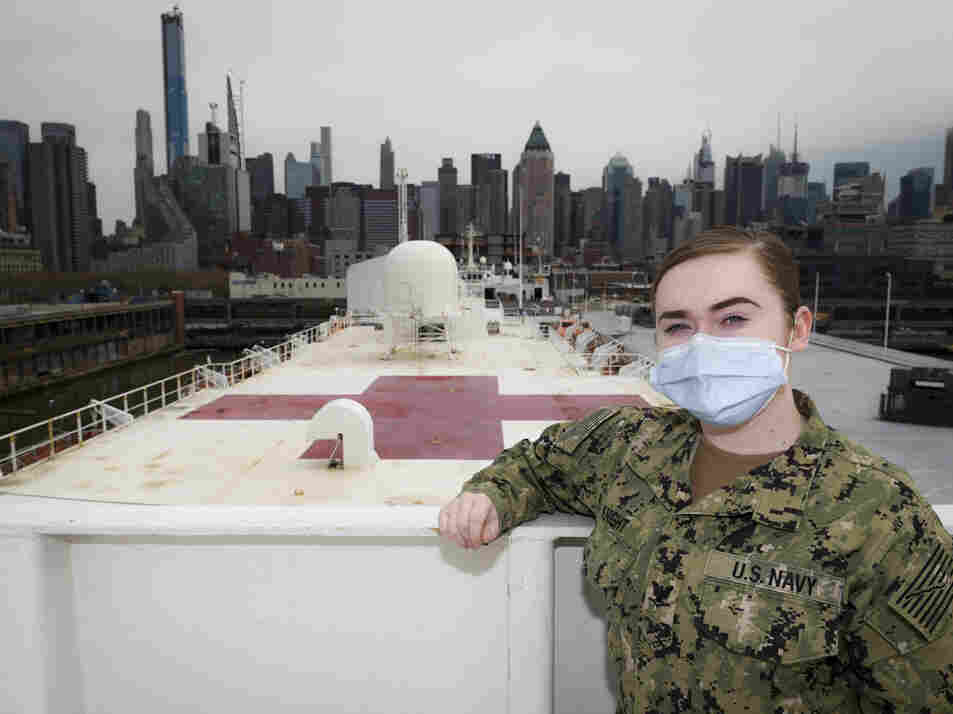 Hospital Corpsman 3rd Class Janna Knight, a dental technician, is seen aboard the hospital ship USNS Comfort. The ship is due to leave New York this week after deploying to help with the pandemic. Chief Petty Officer Gary Keen/U.S. Navy hide caption 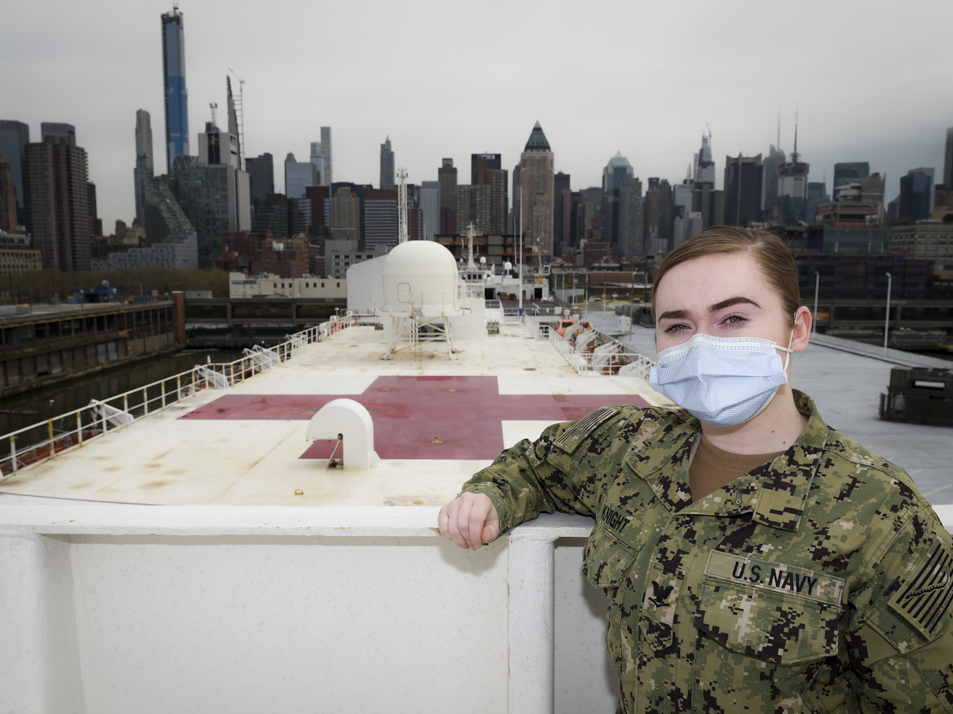 Hospital Corpsman 3rd Class Janna Knight, a dental technician, is seen aboard the hospital ship USNS Comfort. The ship is due to leave New York this week after deploying to help with the pandemic.

The U.S. Navy hospital ship USNS Comfort is scheduled to depart New York City on Thursday after deploying there to help with the coronavirus pandemic.

U.S. Northern Command announced on Tuesday that the Comfort, which arrived in Manhattan on March 30, would return to its berth in Norfolk, Va.

Other military personnel, ships, aircraft and facilities will remain involved in the disaster response, and the Comfort itself will continue to stand by.

"Even as USNS Comfort departs NYC, the ship and its embarked medical task force remain prepared for future tasking," the statement said. "The Navy, along with other U.S. Northern Command dedicated forces, remains engaged throughout the nation in support of the broader COVID-19 response."

There was no immediate information about a prospective second deployment for the Comfort or whether the ship might sail to another destination within the United States or somewhere abroad. The Comfort often undertakes medical missions to the Caribbean, Central American and elsewhere.

The ship's roughly 1,000 patient beds were first to be used as spillover capacity for non-coronavirus sufferers in greater New York, with the idea that they would free up space on land for pandemic victims.

Later, New York Gov. Andrew Cuomo and public health officials asked that the ship, which had not seen many cases, begin taking suspected pandemic patients, the first of which came aboard on April 6. There was no immediately available accounting about how many total patients the Comfort accommodated during its deployment to New York.

The Comfort's sibling, the West Coast-based hospital ship USNS Mercy, deployed to Los Angeles to help with the pandemic there. The crew of the Mercy also had to try to manage a COVID-19 outbreak among its own personnel.

Because of incorrect information from the Department of Defense, a previous caption misidentified Janna Knight as Kossi Fandoumi.