Accessibility links
No Tokyo Olympics Next Year Unless COVID-19 Can Be Contained, Japan's Abe Says : Coronavirus Live Updates Prime Minister Shinzo Abe said it would be "impossible" to hold the already delayed Summer Olympics and Paralympics in 2021 if the disease is not brought under control.

No Tokyo Olympics Next Year Unless COVID-19 Can Be Contained, Japan's Abe Says

No Tokyo Olympics Next Year Unless COVID-19 Can Be Contained, Japan's Abe Says 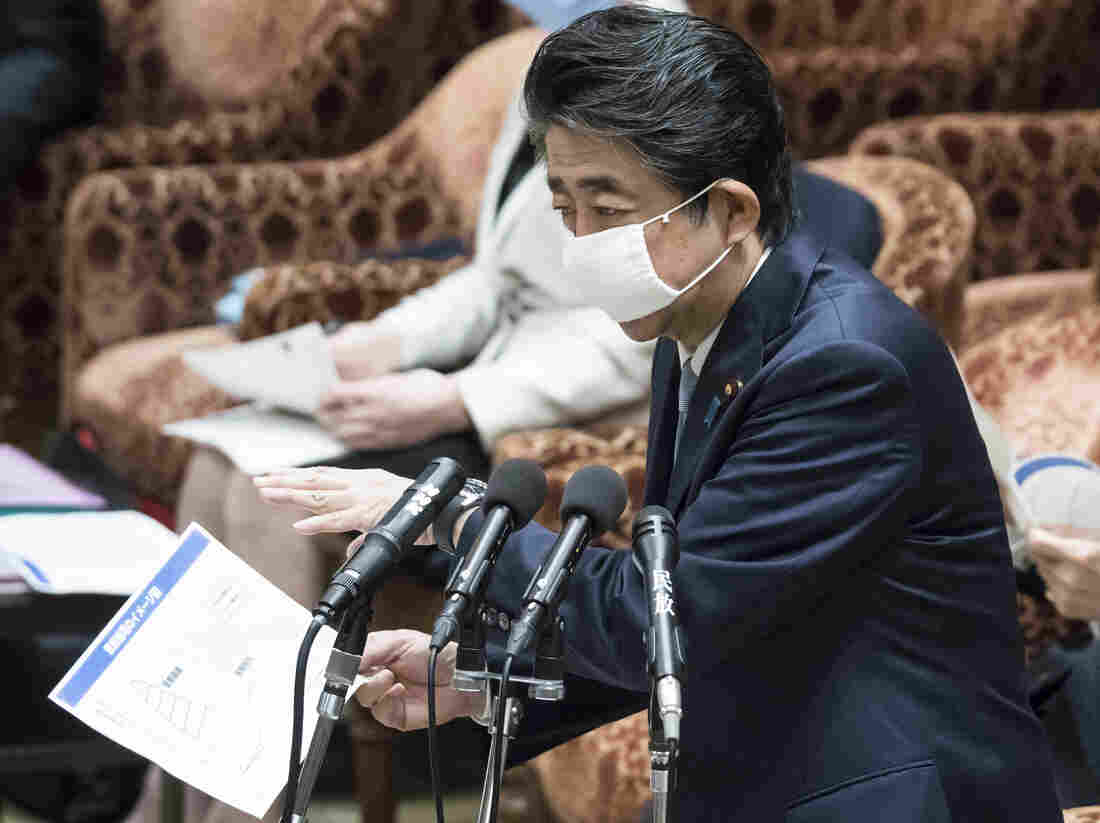 Japan's Prime Minister Shinzo Abe, seen in parliament on Tuesday in Tokyo, said it would be "impossible" to hold the already delayed Summer Olympics and Paralympics in 2021 if the disease is not brought under control. Tomohiro Ohsumi/Getty Images hide caption 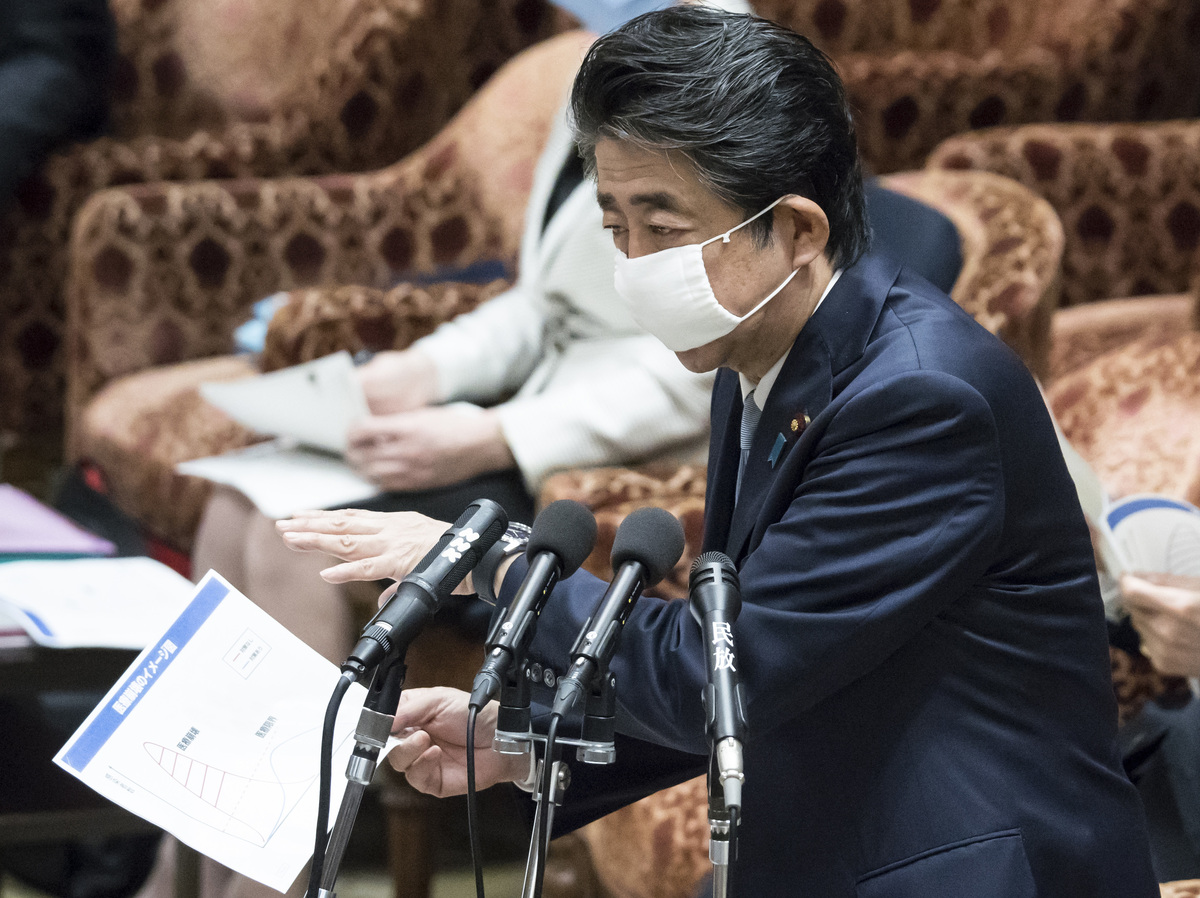 Japan's Prime Minister Shinzo Abe, seen in parliament on Tuesday in Tokyo, said it would be "impossible" to hold the already delayed Summer Olympics and Paralympics in 2021 if the disease is not brought under control.

The Tokyo Olympics, already delayed by a year because of the coronavirus pandemic, might not be held at all unless COVID-19 can be contained, Japan's prime minister said Wednesday.

Shinzo Abe's remarks came as the country's prefectural governors urged him to extend a nationwide state of emergency aimed at combating the disease, which has infected more than 13,700 people in Japan and killed nearly 400, according to official statistics.

After weeks of speculation as the pandemic mounted, Abe and the International Olympic Committee announced last month that the Olympics and Paralympics would be postponed by a year, until July 2021.

"We've been saying the Olympic and Paralympic Games must be held in a complete form, in that athletes and spectators can all participate safely," Abe said in parliament in response to an opposition lawmaker. "It would be impossible to hold the Games in such a complete form unless the coronavirus pandemic is contained."

Tokyo Olympics Postponed For A Year

Abe said that the Tokyo Olympics, formally known as the Games of the XXXII Olympiad, "must be held in a way that shows the world has won its battle against the coronavirus pandemic." He cautioned Japan to "brace for a protracted battle."

Health experts, including Dr. Anthony Fauci, a key member of the White House's coronavirus task force, have said that development of a vaccine for the disease is at least a year to 18 months away.

Japan has spent $13 billion on the Games, and the delay is a major blow to the country, both financially and in terms of prestige.

Tokyo 2020 President Yoshiro Mori told Nikkan Sports on Tuesday that the Games would be "scrapped" if they could not take place in 2021, according to The Associated Press.

Meanwhile on Wednesday, Japan's National Governors' Association called on Abe's government to extend the nationwide state of emergency as the country, which briefly appeared to have a handle on the disease, has been hit by a new spike of infections.

The national state of emergency, applying to all of Japan's 47 prefectures, was declared on April 16 after a similar declaration, smaller in scope, was made the previous week. The declaration allows governors to issue voluntary stay-at-home directives. Although Japanese law specifies no punishment for noncompliance, most Japanese appear to have heeded the directives from their government.

"We are now really at a critical juncture in terms of whether we can contain the novel coronavirus," said Tokushima Gov. Kamon Iizumi, who heads the governors association.

The appeal from the prefectural governments comes as the country's Golden Week, when workers typically get about a week off during a cluster of holidays that begin at the end of April, gets underway.

The state of emergency declaration is currently set to expire on May 6.

A survey reported by Japan's Kyodo news service showed public opinion in the country nearly evenly divided over the issue of whether to amend the constitution to include an emergency clause that grants the central government broader powers.

The survey of some 3,000 people 18 and older showed that 51% were supportive of such an amendment, while 47% opposed it.