Accessibility links
Workers Afraid Of Coronavirus At Meat Plants Ordered To Open By Trump : Coronavirus Live Updates The president invoked the Defense Production Act after more than a dozen beef, pork and poultry plants across the country shut down either temporarily or indefinitely in the past few weeks. 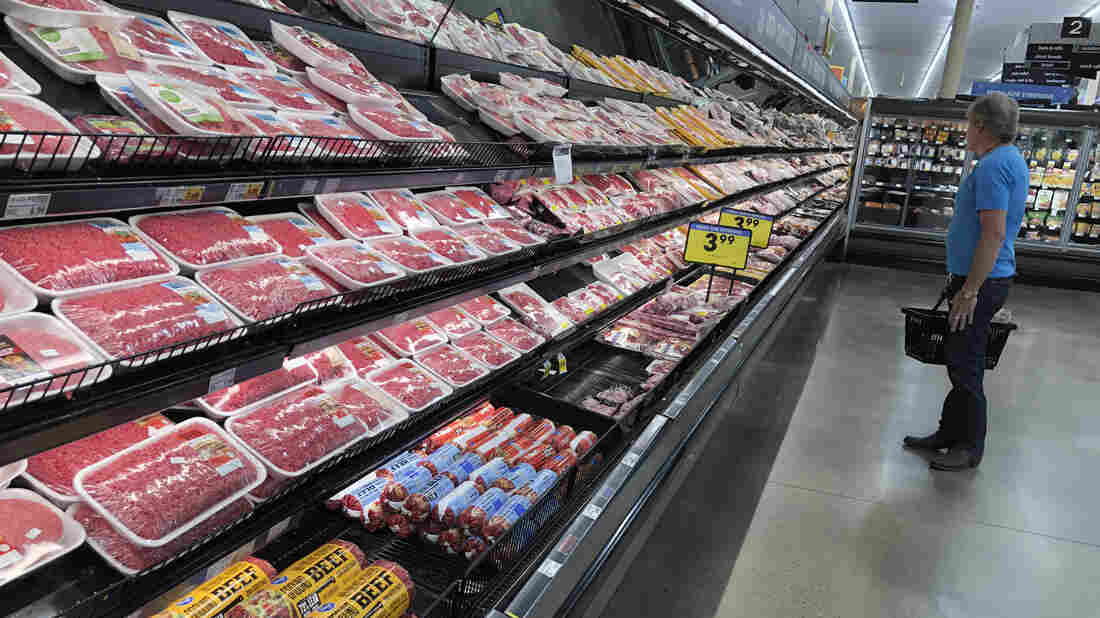 President Trump's order to keep meatpacking plants open is aimed at maintaining the kind of supermarket selection that was seen at a store in southeast Denver on Monday. David Zalubowski/AP hide caption 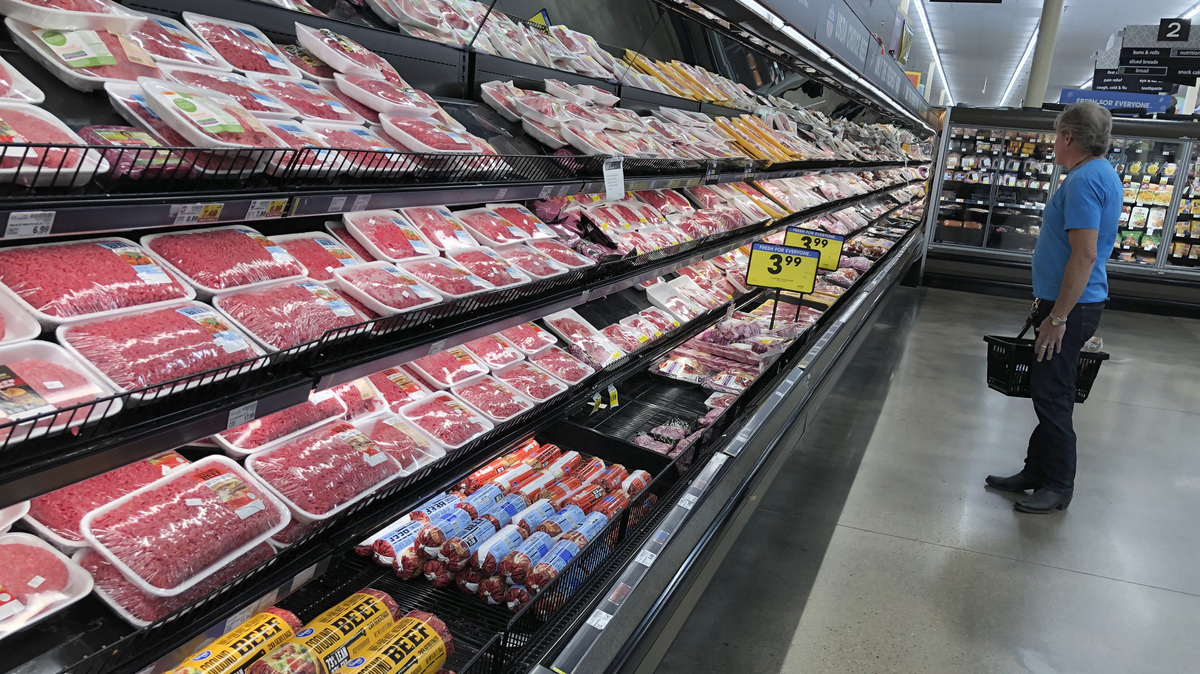 President Trump's order to keep meatpacking plants open is aimed at maintaining the kind of supermarket selection that was seen at a store in southeast Denver on Monday.

President Trump invoked the Defense Production Act to keep meatpacking plants in the U.S. open during the coronavirus pandemic. Tuesday's move comes after more than a dozen beef, pork and poultry plants across the country shut down either temporarily or indefinitely in the past few weeks.

The president's executive order to keep the plants open notes that some of the plant closures "may be inconsistent with" worker safety guidance issued by the Centers for Disease Control and Prevention and the Occupational Safety and Health Administration, and that "unnecessary" plant closures can have a big impact on the meat supply chain.

What constitutes a "necessary" closure isn't universally agreed upon. The worker safety guidelines the president pointed to were only issued on Sunday, well after a lot of plants announced temporary or indefinite closures in response to coronavirus outbreaks among workers.

Prior to releasing the order, Trump said that using it to invoke the Defense Production Act would "solve any liability problems" meatpacking companies might have. The full legal ramifications aren't clear, but his order overrules any state or local directives shutting down meatpacking facilities.

It clearly gives authority to the Department of Agriculture to enforce the new worker safety guidelines, and to determine national priorities for keeping the meat supply chain going and to help companies do that.

In Nebraska on Tuesday, some of the 2,000 workers at a Smithfield Foods pork plant outside Lincoln briefly walked off the job to protest plans to keep open the facility, which has reported 48 COVID-19 cases.

Reporter Christina Stella at NET Nebraska spoke to a worker at the plant in Crete, who asked for anonymity for fear of losing her job.

"'It's almost like [the plant's owners] don't care about us," the worker said. "Just keep production going, keep the money coming in, whatever they can do to just keep going, that's how I feel. ... And I know I'm not the only one who's actually scared."

A statement from Smithfield Foods on Wednesday said it "applauds (the) Trump Administration for taking decisive action to invoke emergency powers," and that, "across all its facilities, the company is providing team members with abundant personal protective equipment, including masks and face shields, (and) has implemented mass thermal scanning and installed physical barriers on its production floors and in break areas." Smithfield said it guaranteed pay to employees impacted by COVID-19 and would dedicate $120 million to bonuses for workers "despite closing multiple facilities and numerous lines falling dormant."

Working conditions in the plants make them susceptible to outbreaks. A tour of the big beef plant in Greeley, Colo., prior to the coronavirus' arrival in the U.S., showed what looked like an assembly line, except all the workers were disassembling cattle. Huge conveyor belts hung with carcasses snaked through the facility, and to churn out lots of meat, workers stood in close quarters, cutting meat with far less than six feet between them. There were thousands of workers in these plants at one time, and they also shared break rooms, cafeterias and locker rooms.

The United Food and Commercial Workers union said they shared these broader concerns about America's food supply, and asked for daily coronavirus testing at some meatpacking facilities and better access to personal protective equipment like masks and gloves.