Accessibility links
Newport Folk And Jazz Festivals Canceled Due To Coronavirus : Coronavirus Live Updates Two of the U.S.' most influential and storied summer music festivals have been canceled for 2020, due to coronavirus concerns. The sibling events were scheduled to take place in July and August. 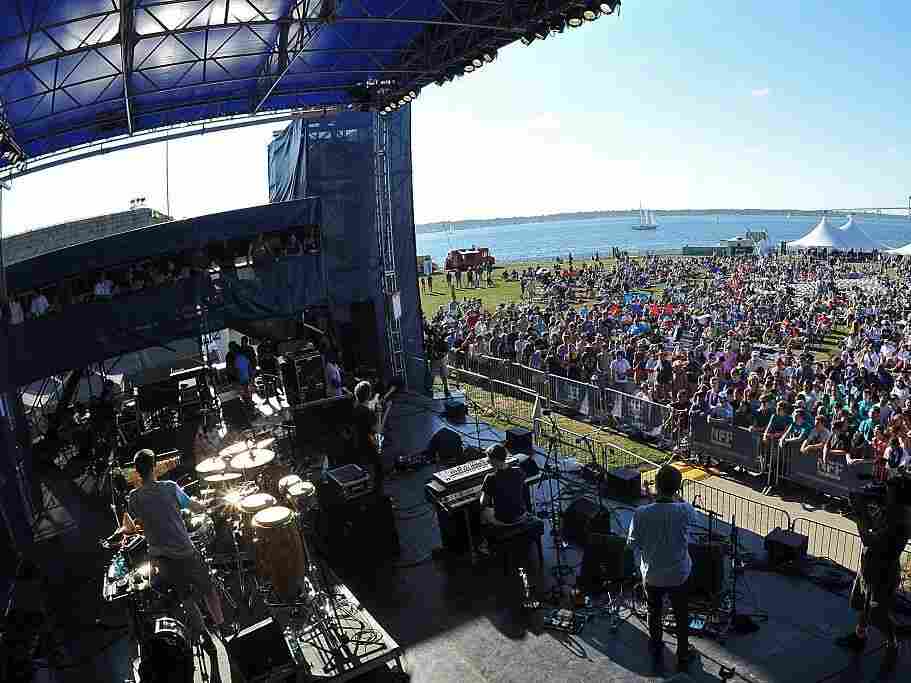 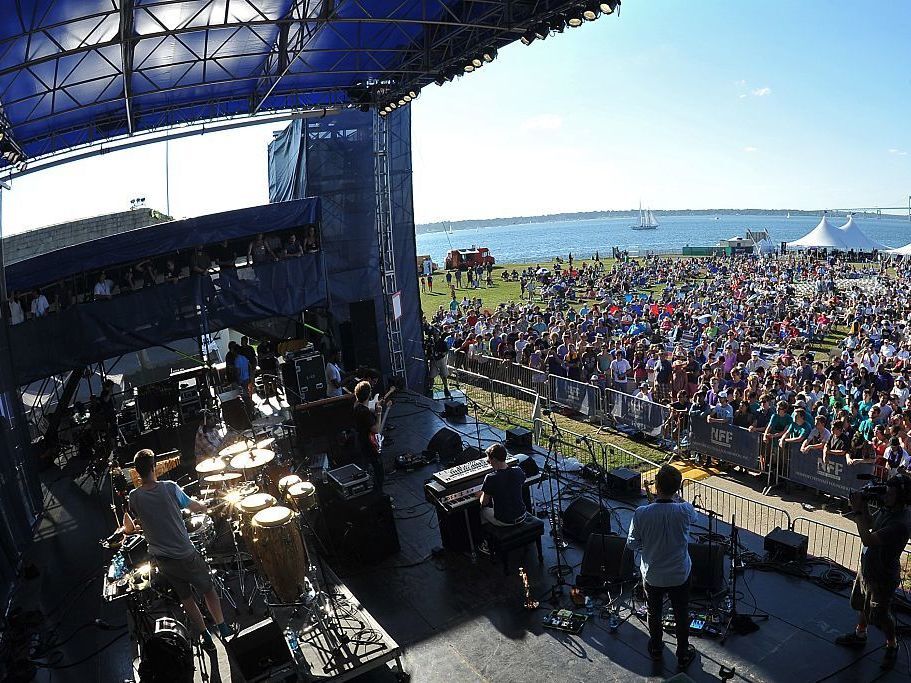 The band Snarky Puppy playing at the Newport Jazz Festival in 2015.

On Wednesday, two storied, sibling American music festivals — the Newport Folk Festival and the Newport Jazz Festival — announced that they are being canceled for 2020, due to coronavirus concerns. Each event is scheduled to return in the summer of 2021.

In a set of nearly twin messages, the executive director of the Newport Festivals Foundation, Jay Sweet, announced the cancellations. In a press release, Sweet said that "together with our local leaders and [Rhode Island] governor Gina Raimondo, we have concluded that at this time we risk too much in having a gathering of our size. "

Currently, all gatherings of more than five people are banned across the state. As of now, there is a stay-at-home order in place until May 8.

For both festivals, Sweet says, all artists who were invited to perform in 2020 have already been invited for the 2021 editions. He also promised that "we will all commune one way or another on our festival weekend[s]."

Both editions of Newport are among the most influential music festivals in the world and have produced historic, commercially released recordings.

In 2020, Newport Folk was scheduled for Jul. 30 to Aug. 2. Newport Jazz was supposed to take place Aug. 7 to 9. Both take place in Fort Adams State Park, along the Rhode Island seafront. The park was closed indefinitely on Apr. 3.