Accessibility links
California Looking Into Nursing Home Where Staff Failed To Show Up For Work : Coronavirus Live Updates The Magnolia Rehabilitation and Nursing Center was forced to move more than 80 residents when staff failed to report to work for two consecutive days. 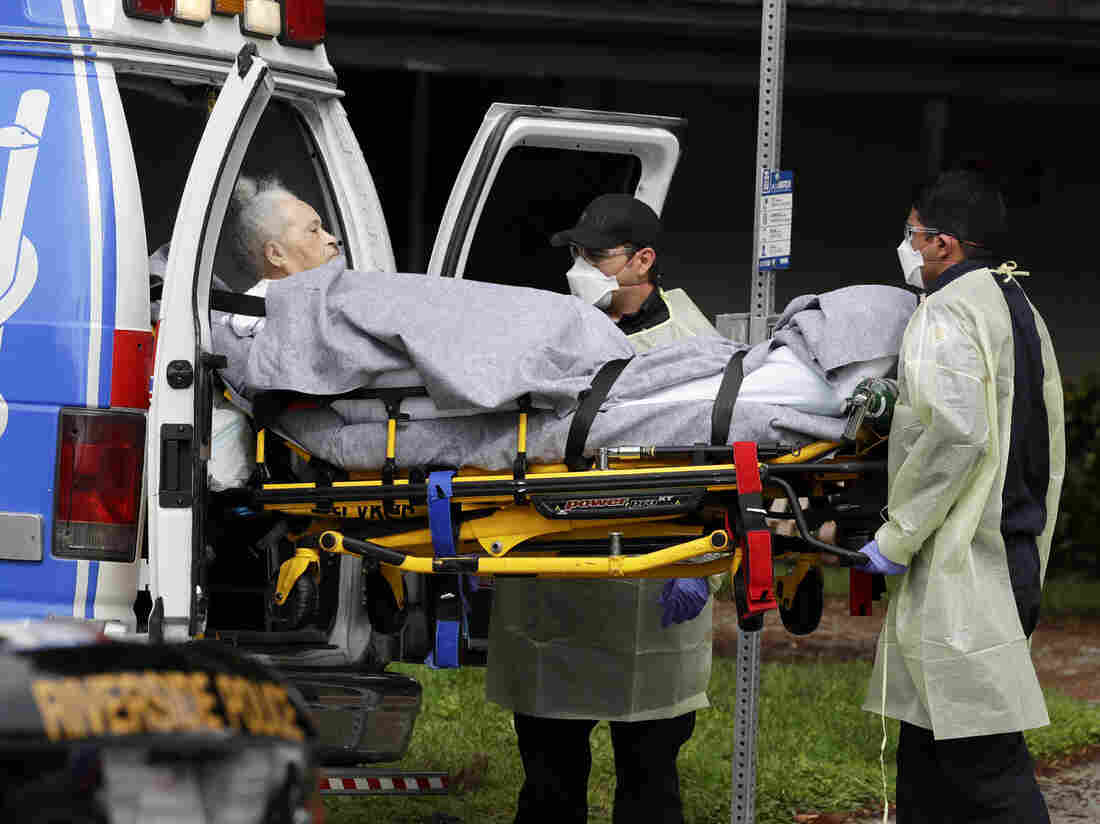 Patients were evacuated from the Magnolia Rehabilitation and Nursing Center in Riverside, Calif., after staff failed to report to work. Chris Carlson/AP hide caption 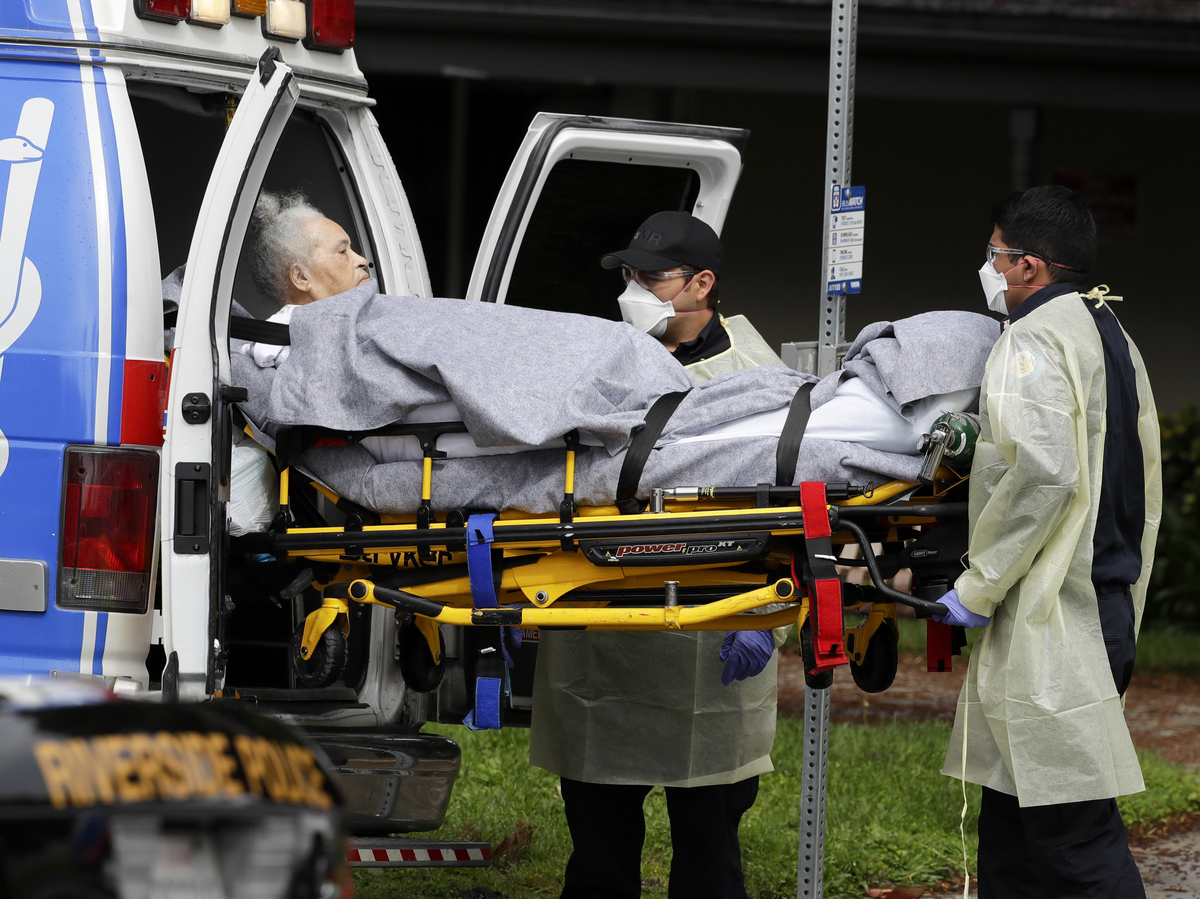 Patients were evacuated from the Magnolia Rehabilitation and Nursing Center in Riverside, Calif., after staff failed to report to work.

In California, Riverside County's leading public health official, Dr. Cameron Kaiser, has filed a formal complaint with the state about a nursing home where 82 residents were evacuated earlier this month.

California's Department of Public Health has confirmed to NPR that it is addressing the complaint. It would not elaborate.

NPR obtained a copy of Dr. Kaiser's complaint. In it, he paints a picture of the Magnolia Rehabilitation and Nursing Center in a state of gradual collapse, beginning with staff members coming to work sick and culminating with 12 of 13 nursing assistants on one shift failing to show up for two days straight, resulting in the evacuation.

According to the complaint, Riverside county officials received a resource request on April 6 from the data entry nurse requesting 25 staff members to fill in for the absent workers. The message concluded with: "Please help us with staffing. Our routinely scheduled staff is not showing up to work no call no show [sic]. We have no staff to cover our patients. We are getting weak every day."

The operators of the Magnolia Rehabilitation and Nursing Center did not return NPR's call for comment about the concerns in the complaint.

Five staffers at the Southern California nursing home have tested positive for coronavirus, but it is unknown if that had anything to do with the dozen nursing assistants who didn't report for their shifts.

Kaiser had no comment for NPR on the complaint. But he was quoted in earlier news reports saying he was concerned that the nursing assistants' failure to come to work "could rise to the level of abandonment no matter how justified their reasoning might be."

Medicare rates nursing homes on a five-star scale, measuring everything from staffing levels to kitchen hygiene. The Magnolia Rehabilitation and Nursing Center had a two-star overall rating and received just one star for health inspections. Its 32 health citations in 2019 were about four times the national average. Over the past three years, those deficiencies have included failure to protect residents from abuse, neglect and exploitation; improper use of psychotropic drugs; and failure to have a plan to control infections.

According to a spokesman for the Riverside Department of Public Health, many of the evacuated residents were refused entry to other area nursing homes because they'd either tested positive for COVID-19 or were awaiting test results. They were admitted to a nearby hospital instead.

The complaint asks the state's Licensing and Certification Program board to examine the overall operations of the nursing center and to address staff absenteeism to determine whether they acted in an ethical and professional manner when they failed to report to work.