Accessibility links
Florida Takes A 'Baby Step' To Reopening Its Economy, Shut Down To Stem Coronavirus : Coronavirus Live Updates Gov. Ron DeSantis says all of the state except for three counties in Southeast Florida meet the Phase 1 guidelines identified by the White House Coronavirus Task Force. He set reopening for Monday.

Florida Takes A 'Baby Step' To Reopening Its Economy, Shut Down To Stem Coronavirus

Florida Takes A 'Baby Step' To Reopening Its Economy, Shut Down To Stem Coronavirus 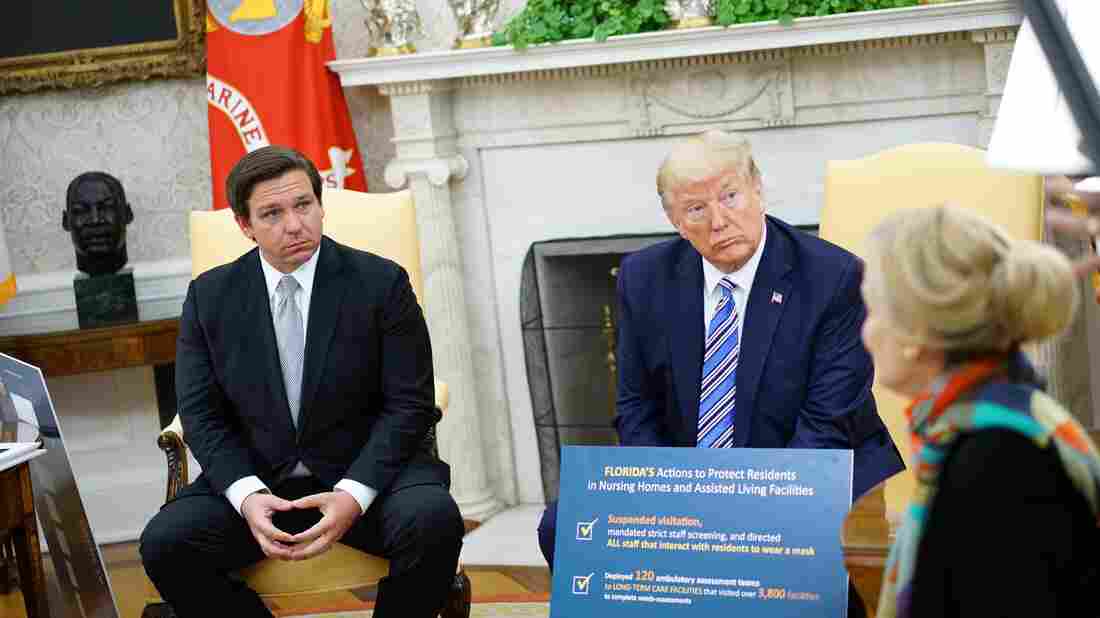 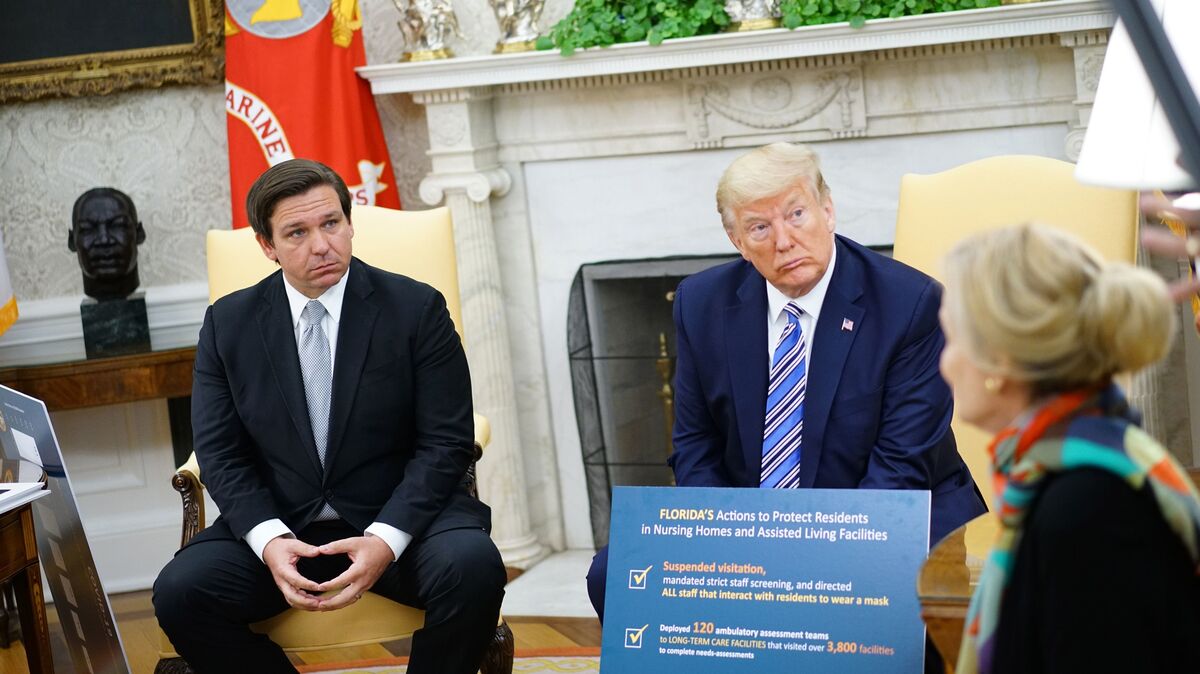 Gov. Ron DeSantis, pictured during a meeting with President Trump on Tuesday, has announced plans to reopen businesses in Florida.

Florida will begin reopening its economy on Monday. Gov. Ron DeSantis says all of the state except for three counties in Southeast Florida meet the Phase 1 guidelines identified by the White House Coronavirus Task Force.

A statewide shelter-in-place order expires Thursday, but DeSantis says people should continue to practice social distancing and not socialize in groups larger than 10. He's also asked those who are medically vulnerable and the elderly to remain at home as much as possible.

In a news conference at the state Capitol in Tallahassee, the governor said he was signing an executive order that allows restaurants and retail stores to reopen Monday, May 4. Restaurants will be able to use outdoor seating. Inside, they'll be able in the first phase of the state's plan to use just 25% of their seating capacity.

The action in Florida takes a middle approach, less aggressive than states such as Georgia, but beginning to reopen an economy that's been largely dormant for well over a month. DeSantis said, "I deliberately erred on the side of taking measured steps, kind of even a baby step to ... start us on a road to a brighter day."

The order excludes Miami-Dade, Broward and Palm Beach counties where the majority of Florida's coronavirus cases have occurred. Shelter-in-place orders and business closures remain in place in those three counties. COVID-19 infections and hospitalizations are also declining there. This week, in Miami-Dade, Broward and Palm Beach counties, many parks and boat ramps were reopened with strict enforcement of social distancing guidelines. Beaches in the three southeast Florida counties remain closed for now.

DeSantis says he'll watch what other states are doing and will consider allowing more openings if coronavirus cases continue to decline. Asked about when he thinks the state may be ready to move to the next phase of openings, DeSantis wouldn't commit to a timeline. But he said, "We're thinking about weeks. We're not thinking about months."