Accessibility links
Though Closed To The Public, Bryce Canyon Still Teems With Life : Coronavirus Live Updates Ranger Peter Densmore has a front row seat on the beginning of spring in the national park. With the absence of visitors, prairie dogs have overrun the roads and other wildlife have grown bold. 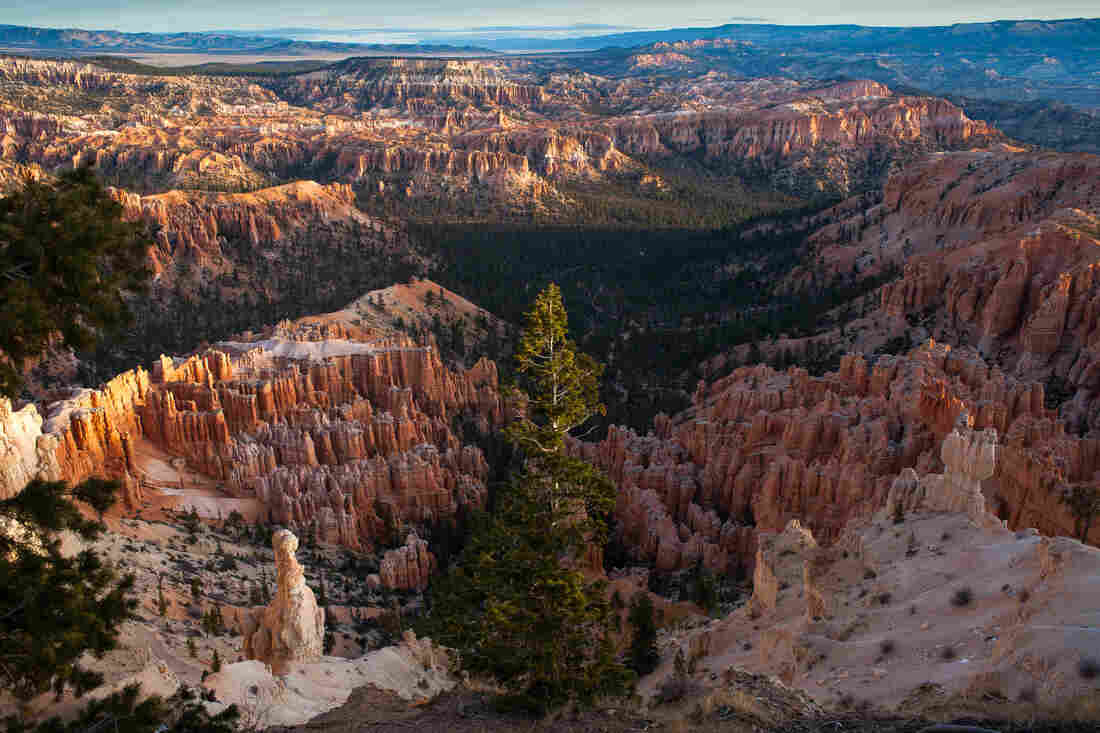 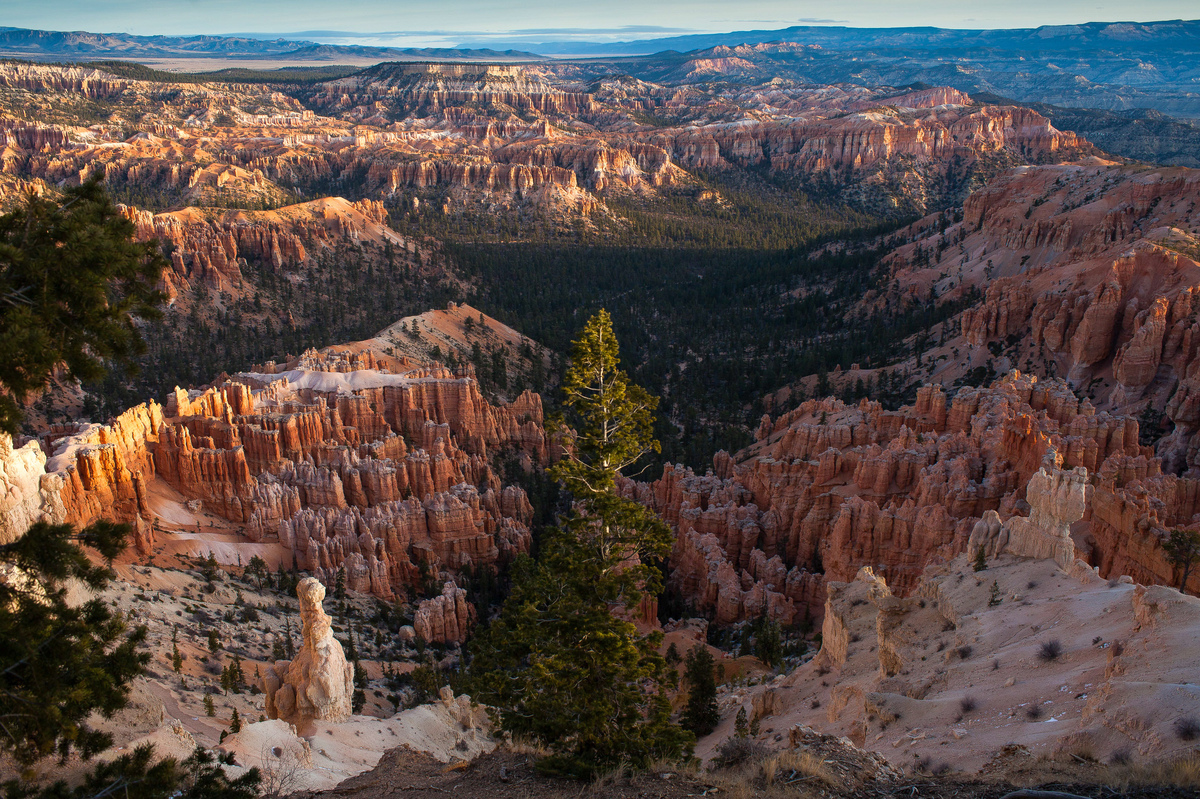 Bryce Canyon National Park in southern Utah has been closed to visitors since early April.

Normally, visitors flock to Bryce Canyon National Park this time of year, as the weather gets warmer and animals re-emerge for spring. But since early April, the park in southern Utah has been closed to the public — though still teeming with life.

Peter Densmore, a park ranger who remains on the job at Bryce, now has a front row view of the natural phenomena that millions of tourists come to experience each year.

"We see our Utah prairie dogs beginning emerging in the park meadows, and we see the return of some of our seasonal bird species, especially Western bluebirds and American robins," says Densmore, who is a visual information specialist for the park. "Mammals like mule deer and pronghorn, often overwinter at lower elevations ... [and] usually start making their way up into the park about this time of year."

In the vaster meadows pronghorn have gathered, while mule deer are seen along the forest’s edge. Though no bears or mountain lions have been seen, scat of the former was found along the Queen’s Garden Trail and tracks of the latter along the rim. pic.twitter.com/DY2RjbJfyL

Densmore says he is especially looking forward to the return of the hummingbirds.

"Once they've returned to the park, it's safe to begin really celebrating spring and summertime," he says.

Densmore has lived and worked at the national park for nearly four years. He's still in awe of the unique and beautiful landscape that brought him there, and notes the ways it's changed in the absence of visitors.

With far fewer people in the park, elk have been spotted near the main gate, one bold fox roams around openly, and prairie dogs have overrun roads that would normally be full of tourists' cars.

"I'm a little concerned that they're getting too used to having free rein," Densmore jokes.

Though he's enjoyed the intimacy of a near-empty park, Densmore misses seeing how the landscape affects visitors.

"The land itself really feels like the greatest and most powerful teacher," he says. "You can see it on people's faces as they look over the vivid colored hoodoos and long views ... and just how it moves them. And so you know that something's happening to people as they simply experience the park."

He says it's important for him to continue sharing the beauty and power of Bryce, albeit virtually for now, through the park's Facebook and Instagram accounts.

"Being outdoors has really just provided a sense of stability in uncertain times. I actually feel a unique pressure to step up to this moment and try to provide people a window into this place," he says, recalling a quote from poet Mary Oliver:

The world's otherness is antidote to confusion, that standing within this otherness — ­the beauty and the mystery of the world, out in the fields or deep inside books — can re-dignify the worst-stung heart.